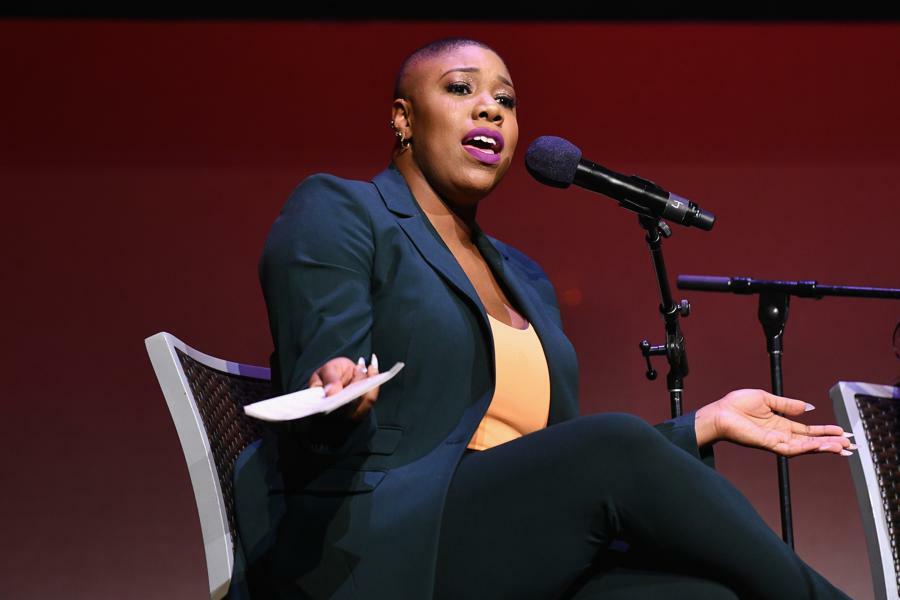 Symone Sanders, who last month left her post as chief spokesperson for Vice President Kamala Harris, has joined MSNBC, where she will serve as the host of her own show airing weekends on MSNBC and on the network’s streaming service, Peacock’s The Choice. In her new role, Sanders will also serve as a fill-in anchor on other MSNBC programs.

Sanders, who was a spokesperson for the 2016 presidential campaign of Sen. Bernie Sanders, went on to join Joe Biden’s run for the White House in 2020, becoming both the youngest and most senior Black member of the Biden campaign. She accompanied Harris on a series of international trips, including visits to Guatemala and Mexico.

Sanders was the highest-profile staffer to exit the vice president’s staff in December amid reports of turmoil and questions about Harris’ messaging and alignment with the president. A spokesperson for the Vice President at the time told The Washington Post, “Symone has served honorably for three years. The President and Vice President are grateful for Symone’s service and advocacy for this Administration. She is a valued member of the White House and a team player — she will be missed.”

MSNBC has not announced a name or debut date for Sanders’ show, but the network said in a statement that the show would “explore issues at the intersection of politics, culture and race and break down how decisions made in Washington impact electorates, industries, and communities across the country.”

Sanders, who will be based in Washington, will bring “her expertise, spirited rhetoric and sharp political insight to MSNBC’s multi-platform channels,” the network said. At The Choice, Sanders will join a lineup that includes Zerlina Maxwell, Mehdi Hasan and Ayman Mohyeldin.