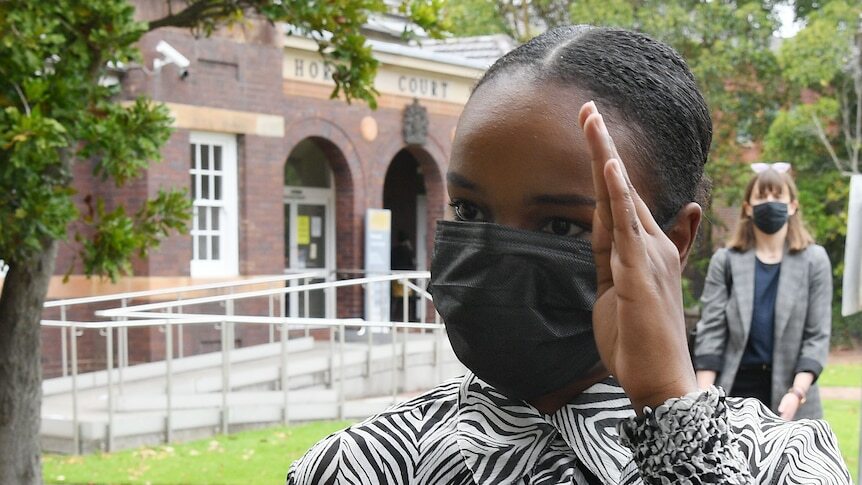 A Sydney woman who breached COVID-19 restrictions by partying in Newcastle before testing positive to the virus and sparking a lockdown has been fined $4,000.

Police stopped Sulafa Ageeb at Cardiff, near Newcastle, in late July and told her to return to Sydney.

Instead, the 21-year-old and her friend Josephine Lado, 20, later attended a party in Shortland, where they pretended to be asleep in a car when police were called.

During the trip in the Newcastle and Lake Macquarie areas, the two attended multiple shops and ignored check-in requirements.

One of Ageeb's shopping trips was to Charlestown Square, where she and Lado visited stores including a nail salon and clothing outlets.

The pair also attended a second party at Blacksmiths Beach.

Health authorities have confirmed both gatherings were COVID-19 transmission events.

Ageeb and Lado had tested positive to COVID by the time they were charged on August 13 and a subsequent outbreak plunged about 600,000 Hunter residents into lockdown.

Earlier this month, Lado was fined $4,000 for two charges related to breaches of the public health orders.

Magistrate Robyn Denes today said there was an issue of "parity" and handed down the same penalty as Ageeb was sentenced for the same offences.

"That's important, a lot of people think nothing will happen, I won't get caught, but you did," she said.

"Not only that, it actually led to significant issues for Newcastle."

The court heard Ageeb was about to start a new full-time job with an insurance company.

Their offending was relatively similar, however Lado travelled to the region two days before her friend and visited different venues.

The magistrate noted Ageeb was entitled to leniency for her early guilty plea and had been the subject of extra curial punishment due to media coverage of her case.

In court documents, police said the women tried to mislead officers by altering their addresses in the Service NSW app.

They said there was a "significant" number of people who became infected in the Hunter region with direct links to Ageeb and Lado.

The only "reasonable hypothesis" was their exposure being a result of the pair's trip, police said.