Sydney’s ‘haves and have-nots’: poor access to green space in LGAs of concern 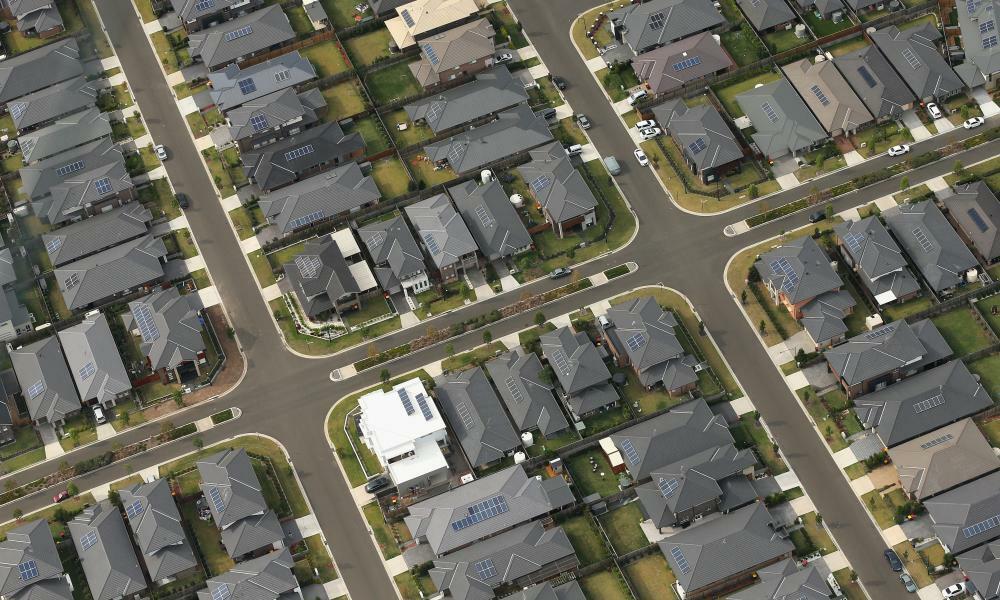 The Sydney lockdown has exacerbated inequity in the areas hardest hit by Covid and this is being made worse by a lack of access to green space, according to Guardian analysis of data from the Australian Urban Observatory.

The local government areas of concern – which are under the heaviest lockdown restrictions – have some of the lowest access to public open space in greater Sydney. Data from the census also shows a high proportion of larger families in these LGAs, with many of them living in situations of severe overcrowding.

Guardian Australia has previously found these areas have high numbers of essential workers and a disproportionately low number of people who can work from home.

“Covid is a magnifier of inequity across cities and [is] really widening the gap between the haves and the have-nots,” RMIT Assoc Prof Melanie Davern says.

“You can see this in terms of occupations, essential working distributions, ability to work remotely, casualisation of the workforce – ie can’t afford not to go to work – decreased access to public open space and reduced liveability in local 5km neighbourhoods.”

These maps show the average distance to the nearest open space and large open space (greater than 1.5ha) for suburbs in greater Sydney. Not all green space is equal. Among other things, larger space allow a greater range of activities and more distancing.

In 10% of the suburbs in areas of concern, the nearest sizeable green space is more than 1km away. For some of these suburbs, the average distance to a large public space is over 2km.

“We know most people won’t walk further than about 800 meters to a kilometre even when they are very able bodied. This is about the way they live their lives. So you then see the links with obesity and higher car use.”

Google mobility data shows that visits to parks in the LGAs of concern have roughly been the same as the rest of greater Sydney when compared with a pre-pandemic baseline. However, there are fewer of these spaces in LGAs of concern to begin with.

The pandemic’s impact roughly mirrors health outcomes in general – people in wealthier areas tend to live longer and those from poorer areas have greater all-cause mortality.

“In terms of health, we know that there is a social gradient for health. So people who don’t grow up or live in the more advantaged areas, those people are more likely to have poor long-term health outcomes,” Davern says.

Dr Ori Gudes, an adjunct senior lecturer at UNSW, says these “social determinants” of health include not only the built environment, but factors like the types of work being done and the ability to work from home.

“And if they are going back to households that are characteristically larger than in [other] suburbs, they are then putting the other people in their household at higher risk. And that higher risk is translated into transmission.”

Gudes has been tracking cases and exposure sites throughout the Sydney outbreak.

The following map shows population, family sizes, the number of Covid cases and essential workers by local government area. It’s clear that the LGAs of concern are disproportionately high on many of these measures.

It also includes an index of relative socio-economic disadvantage (IRSD) from the Australian Bureau of Statistics, which includes measures such as income, education, employment and housing.

“Where we live, our local environments should support our everyday lives. And people might have thought pre-Covid that it’s all well and good, but suddenly these lockdowns have forced us to live in our neighbourhoods,” Davern says.

“So if there is something missing from your neighbourhood, if it has poor liveability, you’ve suddenly been exposed to it in a way you never have before, because we’ve taken away mobility. You can’t go to those things if they don’t exist in your local area.

“And this is where the equity issue comes in. You can see across Sydney, in terms of those lockdowns in particular LGAs, they are also the LGAs that are more likely to be socially and economically disadvantaged to start with. And they’re the people who have the least access in those neighbourhoods, sort of reinforcing the inequity across the city.”