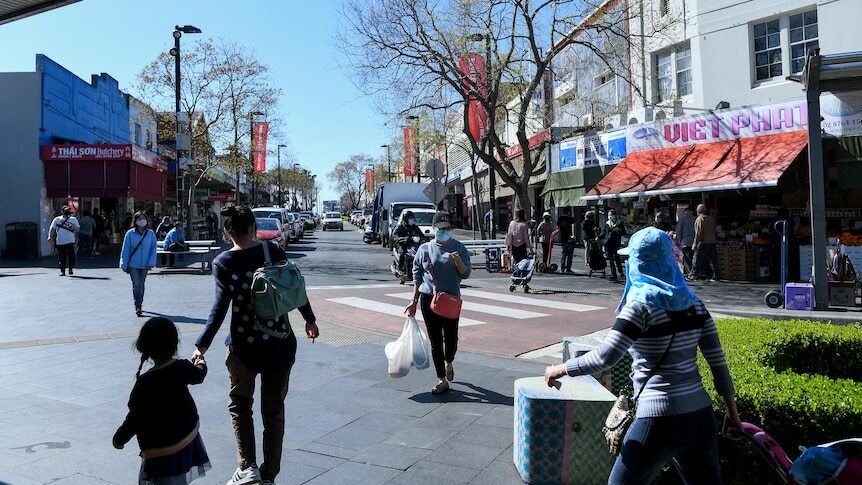 Travel across Sydney open to all

NSW is waking up to a life without lockdown after stay-at-home orders were lifted at 12:01am.

From today, those who have had two doses of a COVID-19 vaccine can enjoy freedoms such as going to gyms, getting a haircut and going out to bars, restaurants and cafes.

The fully vaccinated and the unvaccinated can now also travel across Greater Sydney.

However, a spokesperson for the Premier said while unvaccinated people from Penrith in Western Sydney, for example, could go to Bondi for takeaway, they would not be permitted to enter pubs or cafes.

The lifting of restrictions comes after the state reached its 70 per cent double vaccination target, with more freedoms expected at 80 per cent.

Mr Perrottet said it was an exciting and well-earned day for New South Wales but that enthusiasm should be tempered.

"People need to be patient as well because there will be challenges as we go through this period," he said.

He also said this was the end of lockdowns in New South Wales.

New South Wales recorded six deaths yesterday — all men. There are 794 people in hospital, 159 of these are in intensive care. Seventy-six people are on ventilators.

Hotspots 'let out of jail'

Canterbury-Bankstown mayor Khal Asfour says his community is thrilled to be coming out of lockdown at the same time as the rest of Greater Sydney.

The 12 local government areas of concern in western and south-west Sydney have endured some of the strictest lockdown measures in the country since the Delta outbreak began in June.

Mr Asfour said today was like a psychological freedom for most of his community.

"It's like we are being let out of jail. We've been restricted at home or within 5 kilometres, we've had 9:00pm curfews," Mr Asfour said.

"We were only allowed out for one hour of exercise. Now we're opening up the gates and it's really important that my  community gets to celebrate this day as we've had it so tough for the last 108 days."

From today, businesses will require proof that people are fully vaccinated before gaining entry.

Yesterday, Minister for Customer Service Victor Dominello confirmed the state's VaxPass app, which will allow people to check in and store their vaccination certificate, will not be ready until October 18.

However, he said there were other ways to demonstrate vaccination status.

This week the app is being trialled in the Wagga Wagga, Lismore, Tamworth and Port Macquarie regions.

As of Saturday, 73.5 per cent of people aged over 16 in NSW were fully vaccinated, compared to 61.9 per cent nationally. Ninety per cent in that cohort had received a first dose of a COVID-19 vaccination.

'Don't take it out on retail workers'

The union representing retail workers is concerned today's reopening will see some staff be abused for trying to enforce the mandatory vaccine rules.

SDA state secretary Bernie Smith said there had been an increase in violent incidents towards workers, who deserved to be thanked for keeping shelves stocked during the pandemic.

"Retail workers have seen us through this pandemic making sure that we’re supplied with all our daily essentials," Mr Smith said.

"They've turned up to work everyday because they can’t work from home."

He said retail workers were often young staff on minimum wages trying to do their best, and urged the community to "do the right thing".

"On Monday, when you go to your local shop, if you have to QR code in and mask-up, just do it.

"Don’t be asked, don’t take it out on a retail worker who doesn’t make the rules but is just trying to earn a living."

The sentiment was echoed by Premier Dominic Perrottet who said everyone should "treat each other with kindness and respect".

Australia's hotels, motels and accommodation providers say they are faced with a number of challenges as the industry begins to open up in New South Wales today.

Accommodation Association president Leanne Harwood said there was still a lot of confusion on how to deal with vaccinated and unvaccinated guests.

"We are a little bit nervous about having to have our young duty managers saying, 'Excuse me please, can you show us your vaccination certificate,' and, 'No you can't come in if you're not double vaccinated,'" Ms Harwood said.

But she said one of the biggest challenges was the lack of skilled staff after many were forced out of their jobs when the state went into lockdown.

"We've lost a lot of people and now we're going out and going on a mass recruitment drive to try and get enough staff members to be able to service all of these guests that are desperate to get out there."

Mental health experts are warning people may be experiencing mixed feelings about the eased restrictions.

For the first time in more than 100 days, fully vaccinated people will be able to have 10 visitors at their home, and go to cafes, bars and gyms as well as non-essential shops.

"But we'll also know that people will be anxious about the changes and the transition back out of lockdown," she said.