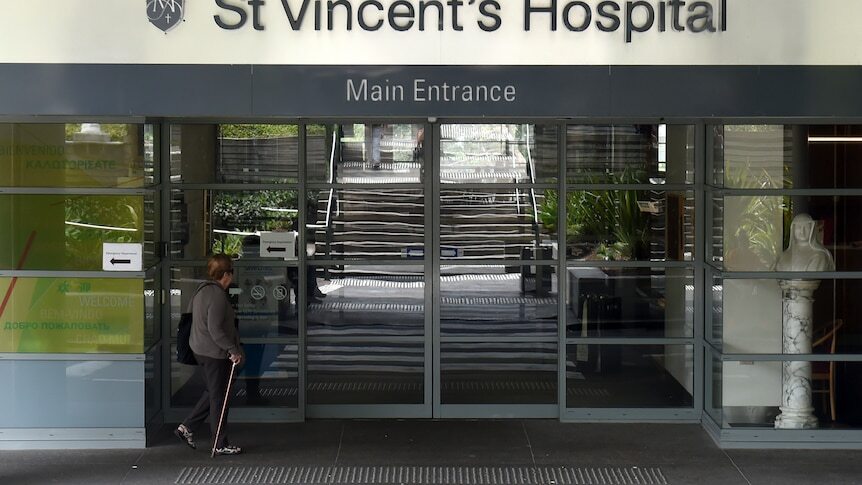 Rapid COVID swabs are being done for all staff and patients who may have come into contact with the positive cases.

Those affected are now in isolation and are being supported by St Vincent’s, and staff are wearing additional PPE for safety.

Cleaning is also being carried out in the affected areas.

More than 290,000 doses of the Pfizer COVID-19 vaccine arrived in Sydney last night from London.

The doses are part of a four million dose swap deal Australia has with the UK.

Australia will return the same number of doses to the UK later in the year.

Western Sydney businesses in the dark

Advocacy group Business Western Sydney said the NSW government's roadmap out of lockdown has left the hardest hit businesses in the dark about when they can reopen.

Executive director David Borger said businesses in the 12 council areas under strict lockdown should know if they'll be reopening with the rest of the state, once a 70 per cent double vaccination target is reached.

Without that clarity, he said they would not be able to effectively plan a reopening.

"It's great that we know that some things are going to happen when we get to 70 per cent, but it feels a bit like Western Sydney has been put on detention and we don't know when we're going to get out," he said.

Year 12 students in NSW sitting the Higher School Certificate will find out their exam timetables this morning.

The exams will begin on November 9 after being pushed back due to the current COVID-19 outbreak.

A Sydney research team has developed a battery that can withstand temperatures of more than 600 degrees, without catching fire.

The 'Gelion' battery stores energy captured from renewable sources like wind and solar.

Using a specially designed gel, it removes the need for expensive cooling and fire suppression systems, and can also be retrofitted to existing infrastructure.

A manufacturing pilot will soon get underway at their site in Fairfield, Doctor Michael Glenn from Battery Energy said.

"At the moment, we're setting up a production line. At a very early stage, things are moving step by step," he said.

"What we'd like to do is have that set up by early next year and be able to start rolling out those batteries later on in the year."

A state parliamentary inquiry into rural and regional healthcare resumes today, after being forced to postpone its last hearing due to the Sydney COVID-19 outbreak.

Almost 20 witnesses are due to give evidence at the inquiry's ninth hearing, which was due to be held in early July but was pushed back because of the pandemic.

The Upper House committee will hear from paramedics from rural and regional stations, who've used their submission to warn that towns are being left without cover because their ambulances are being tied up with patient transfers or crews are having to travel long distances to get patients to hospitals.

Representatives from Charles Sturt University are also due to appear to discuss its school of rural health — urging the inquiry to look at how clinical placements are funded, arguing it is challenging and could be less daunting.