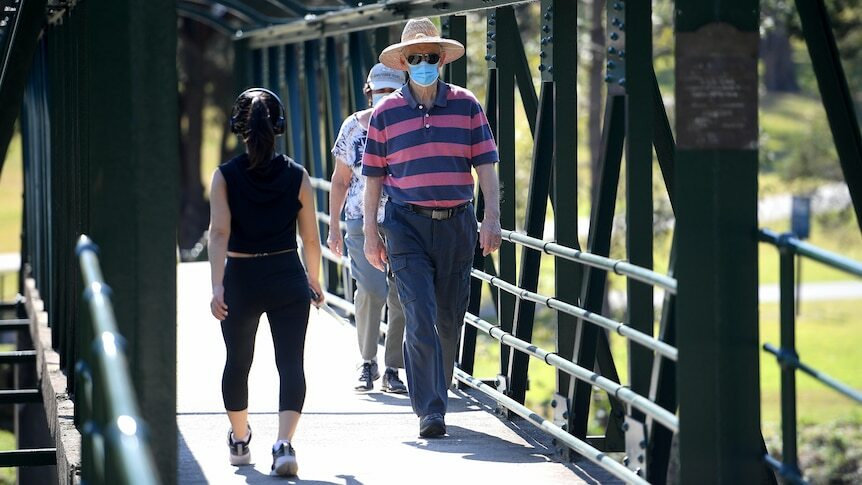 Life after lockdown plan due today

Premier Gladys Berejiklian will today unveil the much-anticipated road map out of lockdown, with some regional areas to be released from this weekend.

Crisis cabinet met yesterday to finalise the easing of restrictions for fully vaccinated people once the state hits the 70 per cent double dose vaccination target.

That includes which businesses can reopen and how they'll be able to operate, along with the rules for places of worship, weddings and sporting events.

At her daily COVID-19 briefing, the Premier said the plan was "in good shape" and they had made "great progress".

The ABC understands some regional areas will remain locked down but the Mid North Coast, the North Coast, the Riverina and Murrumbidgee areas in the state's south, will be released from midnight tomorrow.

However, those areas will still be subject to strict rules and snap lock downs if cases emerge.

Regional travel will also be included as part of the plan.

Hundreds of patients from a Medical Clinic in the NSW Southern Highlands have been forced into isolation after staff tested positive for COVID-19.

The Regal Medical Centre in Mittagong has undergone cleaning after a doctor and nurse at the practice tested positive for the coronavirus.

The Chair of the Southern Highlands Division of General Practice, Doctor Vincent Roche, said there were about 200 patients who visited from Monday, August 30, until last Friday.

The owner of a NSW Hunter Valley thermal waste treatment plant says he's had people begging for him to take COVID clinical waste.

There are only a few thermal waste treatment plants handling clinical waste in NSW and the escalating COVID-19 crisis means they are struggling to keep up with demand.

Weston Aluminium says demand at its plant near Kurri Kurri has ballooned and in response, the plant has received approval to upgrade its emission control systems so it can burn more waste.

He says his phone has been ringing off the hook.

"People say come on I have got a truck load when can we send it and some times people are begging us."

One of Sydney's most infamous criminals, Arthur "Neddy" Smith, is being remembered as a "violent, standover man" after his death in jail.

The 76-year-old convicted killer died in Long Bay prison hospital yesterday afternoon from what the ABC understands were natural causes.

He had been diagnosed with Parkinson's disease in the 1980's and was suffering dementia.

Former detective turned author, Duncan McNab, said Smith was first jailed at the age of 11 for stabbing his brother, and spent much of his adult life in prison.

"He was an utterly appalling human being … a violent offender … violent armed robberies, a rapist, a murderer, and at one stage Australia's biggest heroin dealer as well," Mr McNab said.

"So, it's difficult in these circumstances but you know, not a huge loss".

There will be a police and coronial investigation into the death, which is standard procedure when people die in custody.

Wollongong MP Paul Scully has urged the New South Wales Government to "take more seriously" the rising number of cases of COVID-19 in the Illawarra.

There were 34 new infections confirmed in the Illawarra Shoalhaven Local Health district yesterday. Ten have not been linked to previous cases.

Mr Scully says Wollongong's vaccination rate was lagging behind and the state government must boost the area's supply.

"It's a wake up call to Wollongong residents to go out and get vaccinated. It's also a wakeup call to the Berejiklian government to provide some additional support and take the situation in the Illawarra a bit more seriously," he said.