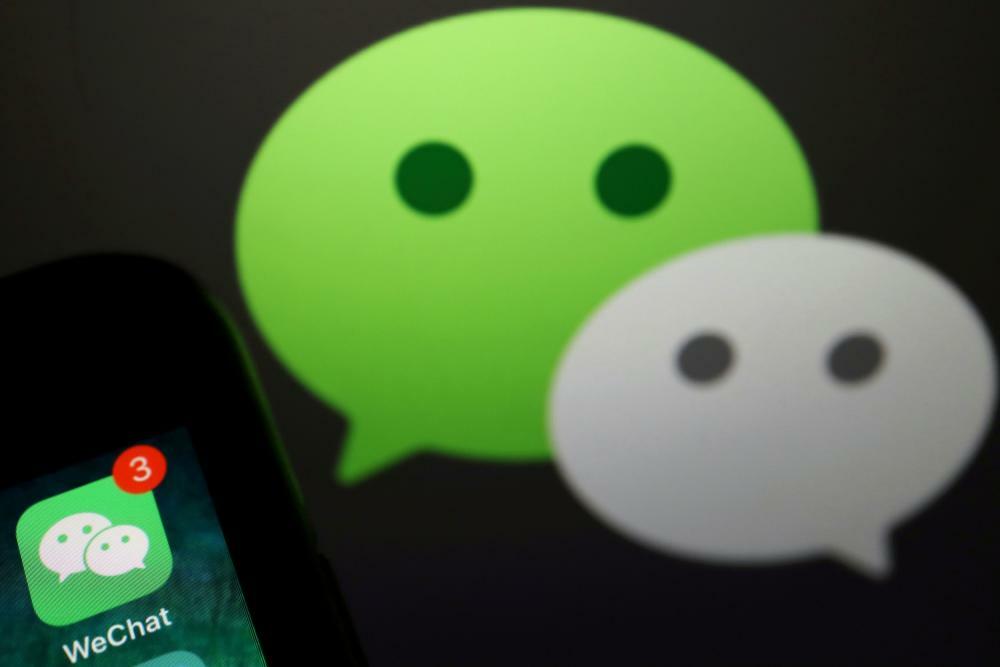 The Guardian - AU
A Swiss army knife app: what is WeChat and how is it being used in Australia’s 2022 federal election?

With three million users across the country, including politicians and media, the network could play a pivotal role in determining…

The Guardian - AU
‘Josh Frydenberg for PM’: stories in Chinese circulating on WeChat are positively gushing over the treasurer

‘Sydney Daddy’: why the Chinese-language YouTube shock jock wears a mask in public

By Anne Davies and Wing Kuang

In the world of Chinese-speaking media, “Sydney Daddy” is an Australian YouTube phenomenon: a kind of Alan Jones for Mandarin-speakers, who has found unexpected success, not just in Australia but throughout the diaspora.

From his home in Sydney Edgar Lu, 41, does a talk-back style program two or three times a week, interviewing politicians and local community figures or ranting on issues he cares about.

“I think by Australian standards, I’m centre-right,” he says.

He says he’s not “anti-CCP, but at the same time, I don’t particularly care what they think”.

YouTube offers a platform that is free from the censorship that applies to the popular China-based WeChat, allowing Lu to build his rightwing profile and earning him a sizeable audience.

But some are less than enamoured of Lu and his pro-Trump views, accusing him of confecting a rightwing stance in order to attract eyeballs.

On Twitter, the Chinese-Australian dissident artist and political cartoonist Badiucao has engaged in vigorous criticism of Lu, despite both parties being less than enamoured of the Chinese Communist party. Recently it has boiled over into threats of legal action by Badiucao over Lu using his artwork on his channel.

Lu’s topics are an eclectic mix.

During the election he has aired a commentary video about Gladys Liu, stating that although Liu had been accused of being “a CCP spy” (something she denies) he would suggest voting for her in comparison to Labor’s Carina Garland who “allegedly supported Black Lives Matter”.

He has done an interview with former Chinese diplomat Han Yang, who is a Labor supporter. As they discussed why Yang was supporting Labor, Sydney Daddy made it clear he was a Liberal supporter.

More controversially on Twitter, he has resurrected allegations made by a former member of Young Labor, Kathy Sherriff, about an alleged historical rape by former leader Bill Shorten at a camp when she was 16.

The allegations were strenuously denied by Shorten and have been investigated, but not pursued by the Victorian police due to inadequate evidence.

Lu has accused “the leftist media” of failing to take up this issue with sufficient vigour.

In the past, Lu regularly commentated on Donald Trump (he’s a supporter of his policies on the economy, immigration and foreign policy, though not of the January 6 Capitol Hill riot). Domestically the topics that are hot within the community include the influence of the CCP, racism, Covid lockdowns and security issues.

He has interviewed the veteran Liberal senator Eric Abetz about his questions to Chinese-Australian witnesses in a parliamentary committee in October 2020. During the inquiry, which was investigating issues affecting diaspora communities in Australia, Abetz demanded the witnesses unconditionally condemn “the Chinese Communist party dictatorship”.

While Abetz was lashed by the English-speaking media for the comments, which condemned by some as racist and McCarthyist, Lu supported Abetz’s position. In the interview, Abetz explained that he had been told by Chinese community members about the CCP influence and that he thought it was important leaders should condemn the CCP to prove that they were not acting in the CCP’s interests.

Lu also interviewed One Nation’s Stuart Bonds, who is running for the Labor MP Joel Fitzgibbon’s former seat of Hunter, explaining that Lu was fascinated by the party and their views. The interview was surprisingly well received by his audience, he says.

Opinionated, chatty and, at times, probing and provocative are the words that best sum up Lu.

YouTube does not censor most topics, meaning Lu’s audience are getting a very different take on the Ukraine war or Australia-China relations to those relying on the China-based WeChat platform.

“I have been covering Covid from the very rumour about it in China. I think the Chinese government’s cover-up and reluctance to cooperate in the inquiry of its origin is despicable, and the main cause of any discrimination towards the Asian community worldwide,” he told the Guardian.

“The #stopasianhate campaign, which suppresses criticism of this elephant in the room in the name of anti-racism, is hijacked and something I strongly disagree [with] and campaign against.”

Why “Sydney Daddy”? Because that’s what he is.

Lu took on parenting responsibilities full-time after his wife returned to her career, and decided to start his own YouTube channel in 2019.

“Back then, I didn’t think I could make this a full-time job, but right now, with 170,000 subscribers, yes, you can definitely have a middle class life with that,” he says.

Lu has a background in the media. Before he had kids, he worked as a translator for the Discovery Channel and migrated to Australia in 2014.

About 20% of his viewers are in Australia, about 17% in the US, 15% in Canada, and more in Japan, Taiwan and Europe. In Australia he seems to be popular with middle-aged Chinese-speaking men, who are increasingly getting their news from YouTube rather than WeChat.

Lu says he doesn’t know that much about his Australian audience but he believes his program resonates with Chinese-Australians who have concerns about national security as well as with people in business.

Sydney Daddy says his main competitors for eyeballs are overseas YouTubers, as there are few in Australia.

“My dream was, like, having a lot of people who get talking, so we can do public debates on our platforms,” he says.

“YouTubers, they are more down to Earth. I think the government should be should do more to actually encourage these kinds of content rather than invest a lot of money into ABC and SBS.”

In the next few weeks Lu says he will be turning to the Australian election. He’s done an interview with Gladys Liu which will run soon and he’s been asking his audience what they would like to hear about.

“Well, basically, to be honest, all the topics about Australian politics have average or low views, low amounts of views,” he says.

What do seem to do well are reports about controversial topics, such as the rare appearance of the deputy head of China’s embassy in Australia, Wang Xining, on the ABC’s Q+A program in 2020, in which he went toe-to-toe with China experts about the Chinese government’s handling of the coronavirus outbreak. Lu ran a translation of the exchange.

Being a Mandarin-speaking shock-jock has its risks, however. Recently he received a concerns notice – the first step in a defamation action – from someone in the community in Australia. It has clearly rattled him.

Lu says he tries to limit his interaction with his audience to online exchanges because of security issues.

“Two days ago, some guy in a 7-11, he’d recognised me, asked me if I’m Sydney Daddy, and I was like, running away from him as quickly as I can, because I don’t want people to recognise where I live.”

“When I go out anywhere I wear a mask even before this pandemic,” he adds.

“Behind my fear is the actual fear. To be honest, it’s quite hard to actually define what’s going to happen to me but this fear – I think everyone from China mainland [feels it]. Whether you just voice your opposition or voice your political view they all have this concern – they will get to you sooner or later.”

Lu says he’s worried about retaliation from the CCP. While he has received no direct messages from official Chinese government sources, he said people who have experience with the Chinese government have warned him not to go back to China.

“If someone wants to get a promotion, they will get you.”

The Guardian - AU
A Swiss army knife app: what is WeChat and how is it being used in Australia’s 2022 federal election?

With three million users across the country, including politicians and media, the network could play a pivotal role in determining…

The Guardian - AU
‘Josh Frydenberg for PM’: stories in Chinese circulating on WeChat are positively gushing over the treasurer