Swapping football for rugby was making of me, says Leicester prop Joe Heyes 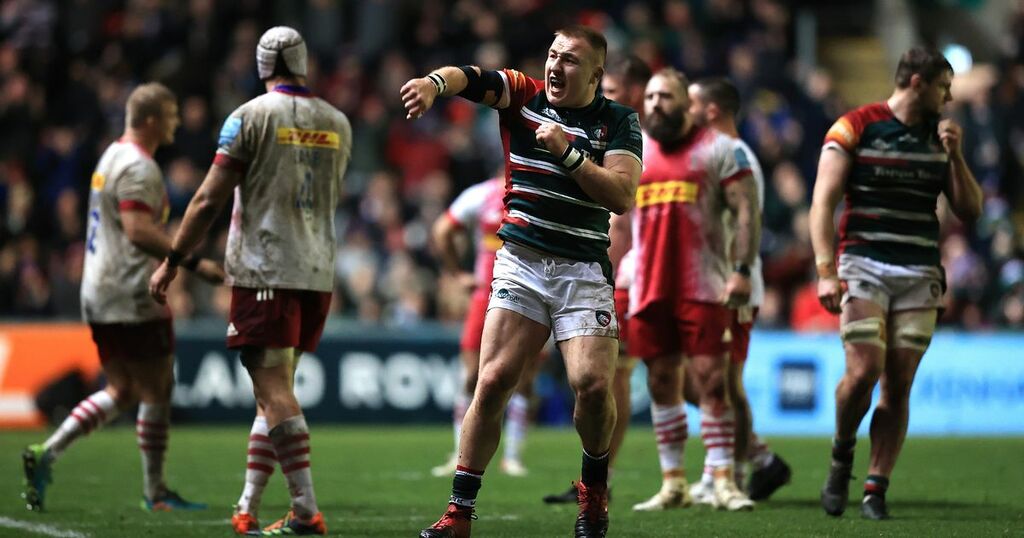 Leicester Tigers star Joe Heyes says swapping football and a two-generation family tradition for rugby was the best decision of his life.

Had things worked out differently the 22-year-old could have been keeping goal rather than propping for English rugby’s runaway table toppers.

Joe started his sporting life as a goalkeeper for Nottingham Forest - following in the footsteps of dad Darren and grandad George who both played professional football between the sticks.

George, indeed, played for Leicester at a time when Gordon Banks and Peter Shilton were also on City’s books.

Joe duly took the same route into the round ball code but did not enjoy it, quitting Forest when he was 14 for the rugby club across the road.

His decision paid off handsomely as last summer he was capped twice by England.

Heyes said: “At the time football was an incredibly competitive environment, it was actually quite brutal at Forest - players coming in and out - and I just wasn’t enjoying the atmosphere.

“My dad and my grandad were probably a little disappointed I’d given it up that quickly. But it’s possibly the best decision I’ve ever made. I’ve never looked back.”

Heyes today makes his 86th Tigers first team appearance off the bench at Wasps, aiming to finish the job Dan Cole has been picked to start.

Looking back he is sure his time was not wasted as a goalkeeper as it sharpened his footwork and hand-eye coordination.

“It got me used to training in a real professional environment from the age of 11,” he said. “And it has hugely helped my rugby in terms and catching, passing and general coordination.”

Victory for Leicester would see them tie three significant records.

A 16th straight win would equal the club's best ever start to a campaign, set 38 years ago.

A 10th consecutive away win would draw them level with the Tigers side of 1995.

And a 12th successive Premiership triumph would match the league’s best ever start made by Newcastle in 1997/98.