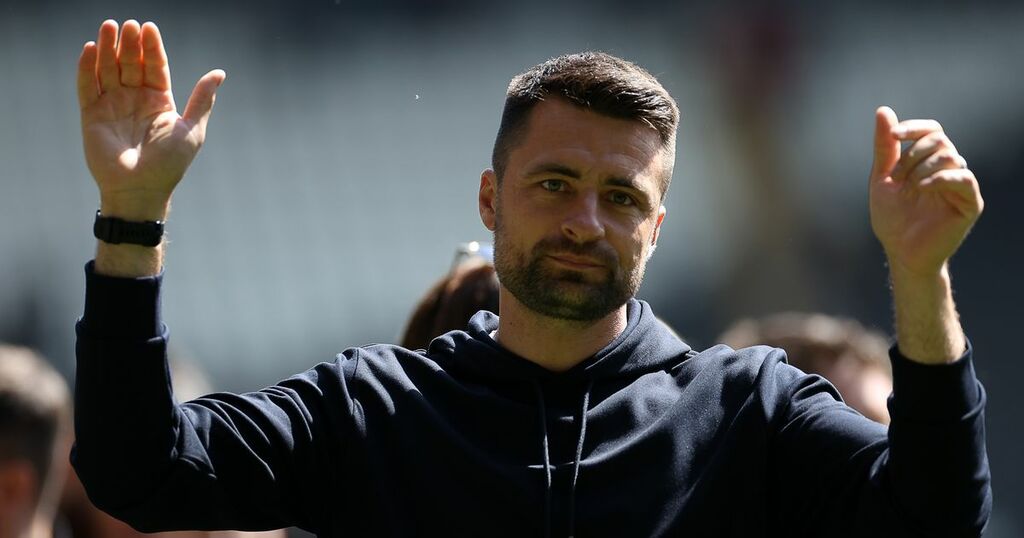 Wales Online
The 10 players now heading for Swansea City exit, the further three being hunted and the deals being worked on

These are your Swansea City headlines on Thursday, May 12.

'No movement' on Piroe

A recruitment source has told WalesOnline that there is "no movement" at present regarding Joel Piroe's potential exit from Swansea City.

The Dutchman enjoyed a remarkable debut season in south Wales after joining from PSV Eindhoven last summer, scoring 24 goals in 47 appearances for the club. All but one of those strikes came from open play while he largely operated in a deeper role in the second-half of the season, further highlighting his talents.

As a result of Piroe's efforts last season, it is widely expected that the 22-year-old will be sold this summer as the club bid to balance the books. You can read more on that here. Leicester City have been credited with showing an interest in the former Netherlands Under-20 international.

But - after head coach Russell Martin stated following his side's final day defeat to Queens Park Rangers that they had received no calls regarding Piroe's status - a source close to the player has played down talk of a swift exit.

Speaking about his current situation earlier this month, Piroe said: “It’s always nice to hear that you are being seen at the higher level, but on the other hand I am just really happy to play loads of games. That’s the most important thing right now. I just want to finish the season very well. We will see what happens after that but I am very happy here.” You can read the full interview with the striker here.

How much do you think Joel Piroe is worth? Have your say in our comments section here.

Steven Benda has left the door open to a possible return to Peterborough United this summer.

The German goalkeeper started the season as Swansea's first choice shot stopper but was replaced by Ben Hamer having made seven first-team appearances under Martin.

He joined the Posh on loan in January and featured 11 times for the club, although his progress was halted due to a back injury while he later sustained a broken finger. And following the end of his loan with the Cambridgeshire club, Benda thanked the Peterborough fans for their support.

"Hi @theposh fans, I just want to say thank you for your support this season," he wrote on Instagram. "I felt really appreciated and enjoyed every minute playing for Peterborough. I’m sorry that I couldn’t help the team stay in this league but I know the club will be back stronger. See you again, Steven."

Ben Hamer - who is now out of contract - will leave Swansea this summer, and Martin's men are expected to delve into the transfer market to recruit at least one goalkeeper having already brought in Andy Fisher from MK Dons in January. It means Benda will be allowed to find a new club in the summer.

The 23-year-old - who moved to south Wales from TSV 1860 Munich in 2017 - has two years left to run on his Swansea contract. Speaking about Benda in March, Peterborough boss Grant McCann said: "I didn’t get to work with him very long but I can see he is a very good goalkeeper.”

Ollie Cooper has returned to Swansea following his loan spell with Newport County.

The Welsh youngster spent the duration of the campaign on loan at Rodney Parade and excelled under both Michael Flynn and James Rowberry. His absence in the latter stages of the season due to injury was sorely felt as the Exiles missed out on a place in the League Two play-off places.

And following the conclusion of the 2021/22 season, Newport have confirmed that Cooper has returned to the Swansea.com Stadium while former Swan Courtney Baker-Richardson has been offered a new contract.

Speaking about his time with Newport, Cooper wrote on Instagram: "This season didn’t end how we wanted but I want to say thank you to the players, staff, and especially the fans at Newport County for the support and experiences over the past season. I have loved every minute of my time at the club and I wish you all the best for the future."

Cooper is highly rated by Swansea's current coaching staff and will be given the chance to impress when the squad link up again for pre-season in mid-June. You can read more on the status of Swansea's loan players here.

Bristol City will let Nahki Wells leave the club this summer, according to our colleagues at BristolLive.

And it has been reported that the Robins are open to offers for Wells this summer. The Bermuda international still has one year left to run on his contract at Ashton Gate, and while they would rather receive a transfer fee for the striker, Bristol City could yet let Wells leave on a cut-price deal or even for nothing in a bid to shift him off their wage bill.

Wales Online
The 10 players now heading for Swansea City exit, the further three being hunted and the deals being worked on