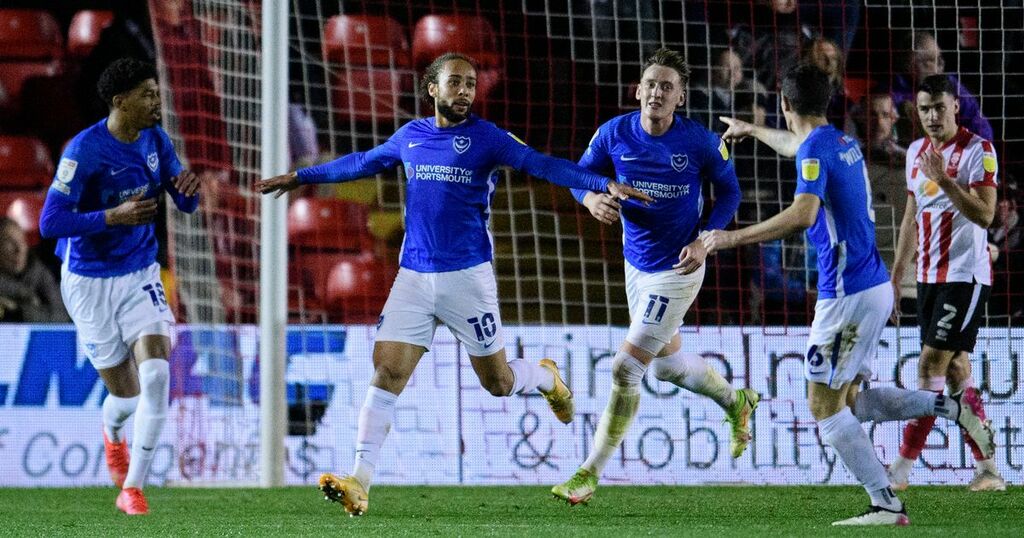 Swansea City transfer news as striker now a target, 'dialogue open' over signing and Aston Villa fans stick boot into Borja Baston
These are your Swansea City headlines on Saturday, May 14

Wales Online
Joe Allen to Swansea City latest as Stoke City's intentions revealed, the other offers on table and what Swans must do next

Here's your round-up of all the latest Swansea City headlines for Friday, May 13.

Portsmouth have taken up the option to extend Marcus Harness' contract, following reports linking the forward with a move to Swansea City this summer.

The 26-year-old was poised to come to the end of his current deal at Fratton Park, but the club have now activated a clause in his contract that will keep him on the English south coast for another year.

However, according to The News, there is still a chance that he could be on the move, with transfer interest believed to be growing. Swansea are one of those to have been linked with the Republic of Ireland international, and there's seemingly still a chance that the club could yet cash in.

The strength of Swansea's alleged interest isn't clear at this stage, but one would think that the requirement of a transfer fee would likely present a big obstacle to any possible move, with the Swans likely to be operating on a meagre budget once again this summer.

Explaining the decision to tie Harness down for another 12 months, Pompey boss Danny Cowley said: "We want to keep together as many of the group that finished the season as possible.

"In all of the successful teams I’ve worked with in the past, continuity has been a major factor in that.

"We’re delighted to exercise the option for Marcus – and it was always going to be something that we took up.

"He’s a key player in our team and has brought goals and assists, while he’s equally adept in a number of attacking positions.

"We know that Marcus has the pace, athleticism and end product to shine beyond this level and he’s a real asset for our club."

The 25-year-old is currently on the books of French side Dijon, and completed a loan spell at Ipswich Town last season, earning six goals and six assists in 32 appearances.

According to TWTD, Preston are now interested in taking on the Kosovan, who left Swansea back in 2020, although they could well face competition for his signature.

Speaking about Celina in March, Ipswich manager Kieran McKenna appeared to suggest he'd be open to taking the player back again

“He’s certainly a player I really like," he said. "I think his qualities fit really well into the football team and as we develop the team I think he can be more important for us going forward.

“There are probably a few discussions to be had over the summer and that’s something that other people at the club will handle apart from me, but Bersant’s a player that I really like, that I enjoy having as part of the team and I could certainly see as part of the future of the club.”

Paterson - We want to kick on

Jamie Paterson says there is plenty of cause for excitement ahead of next season under Russell Martin.

The 30-year-old has been a pivotal part of Martin's plans in SA1, netting nine goals and nine assists during an impressive campaign, and believes there's more to come next term from both himself and his team-mates.

“In terms of the stats, obviously it’s been a really good season for me," he said. "But it’s down to the other lads in the team and how we play that I have had a season like that.

“If you look at the squad there are a number of lads who I think have played really well too. The style has suited me for sure, things started off really well. I have had a couple of niggles over the last few months that have slowed me down a bit, but overall it’s been good.

“I didn’t have a pre-season last year, I had injury problems and left Bristol City, so I could not have expected the season to go like it has after that, to be honest.

“Because of that I’m really looking forward to pre-season and getting that work in. It’s been bittersweet as a team because we have shown what we can be capable of, but we definitely would have liked to finish higher.

“I think we ended up in a false position, and I think there is a lot to be excited about. I am really looking forward to what we can try and do next season.”

Carlos Carval has reportedly emerged as a leading contender to take the vacancy at Blackburn Rovers.

According to Football Insider, the former Swansea City boss has been installed as the top contender to succeed Tony Mowbray, who left Ewood Park at the end of the season.

The same report adds that Carvalhal has been targeted by a number of clubs in England and abroad, having guided Portuguese side Braga to the quarter-finals of the Europa League, and secured a fourth-place finish in Primeira Liga.

Swansea City transfer news as striker now a target, 'dialogue open' over signing and Aston Villa fans stick boot into Borja Baston
These are your Swansea City headlines on Saturday, May 14

Wales Online
Joe Allen to Swansea City latest as Stoke City's intentions revealed, the other offers on table and what Swans must do next