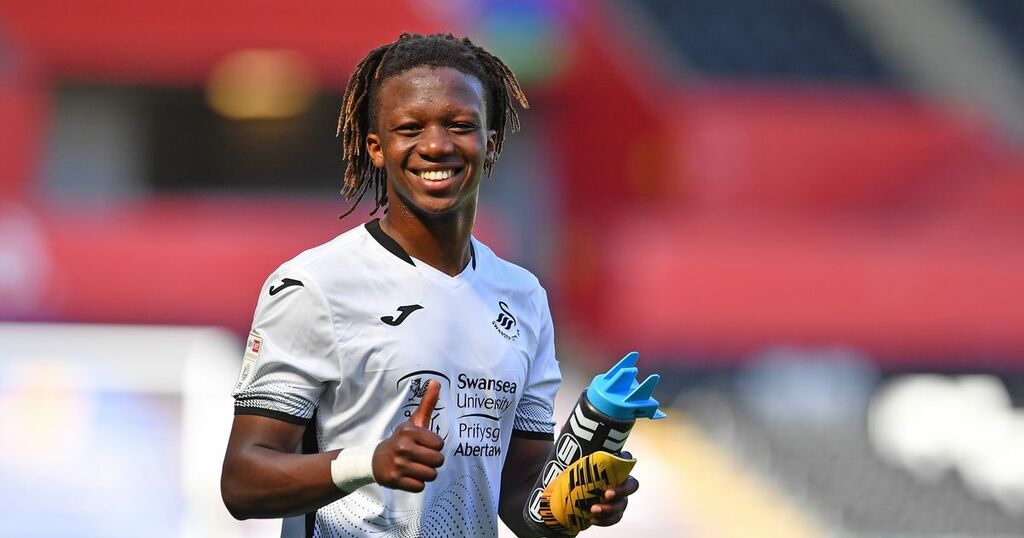 Here's your round-up of all the latest Swansea City headlines for Wednesday, October 13.

Rushesha opens up on road back from injury hell

Tivonge Rushesha insists his recent injury hell has helped him grow as a footballer.

The 19-year-old, who signed a professional deal with the Swans at the beginning of 2020, has spent the last 10 months on the sidelines with an anterior cruciate ligament injury, and admits his journey back to full fitness has proved an immense challenge.

However, he says the experience has allowed him to develop both his body and mind.

“It was tough, especially since I was on the bench here and there. I was training every day like I was a part of the first-team group,” he told the club's official website.

“My knee didn’t swell up straight away, it was only two days after I damaged it, so when I got the scan results it came as a bigger shock then, because prior to that I just thought ‘it’s just a little niggle.’

“I didn’t get the excruciating pain that most people feel, but I’m just happy that it’s over now.

“It was 10 months of learning; it’s weird, I look at it now, and it feels like it’s gone quick, but during it felt like forever.

“I’m just thankful because I learned a lot, I did a lot in the gym, I worked really hard outside, so now I’m just really happy to be back and I feel better for it.

Rushesha says he has also been working with with Steve Sallis, a former Brighton youth player and mindset guru, who happens to be familiar with current Swans boss Russell Martin.

It was an experience the youngster says proved pivotal in helping him work through his situation.

“The first month or two were the hardest, because that’s when I just felt down. I just felt like ‘why me?” he added.

“And then after that, I spoke to my parents, spoke to some of the other players, I spoke to a mindset coach, and he helped a lot especially at the start of the rehab, and even now I speak to him. That was very beneficial.

“He just helps you to be the best athlete you can be, because your head and your mind has a lot to do with that.

“That’s the best way I can put it, but he’s helped a lot.

“It’s easy to look at it as 10 months wasted, but I’m happy that I’ve gotten through it now.”

According to Football League World, the Swans, Barnsley, Hull, Blackpool and Luton Town have all shown an interest in the 24-year-old, who has been at the heart of Harrogate's fine start to the League Two season.

Pattison started his career at Middlesbrough, and progressed the through the ranks before going on loan to York City and Yeovil Town.

He eventually moved to Wycombe Wanderers, where he made six appearances in the Championship under Wycombe boss Gareth Ainsworth.

The move to North Yorkshire arrived over the summer, and Harrogate have since enjoyed a flying start to the season in League Two, where they sit second after their opening 11 games.

Steve Bruce remains in charge of the Magpies ahead of their sold out televised clash with Tottenham - the first game since the club was successfully taken over by a Saudi-backed consortium.

Speaking after the takeover, Amanda Staveley insisted no decision had been made on the future of the 60-year-old, but the the bookies have already given their thoughts on who Bruce's successor could be.

(Odds courtesy of SkyBet and correct at time of writing)