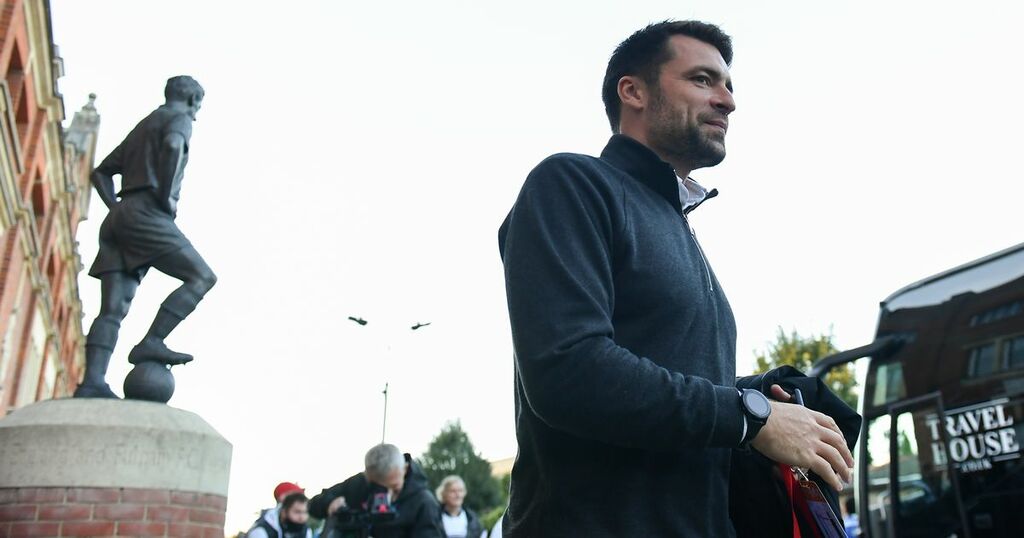 These are your Swansea City headlines for Thursday, October 7.

Martin: We are getting fitter

Swansea head coach Russell Martin says he is proud of his players and believes the squad is getting fitter and stronger.

When he arrived from MK Dons it became clear that there would have to be a recalibration up at Fairwood, with Matt Grimes and Co having to change the way they operated in order to fit in with Martin's methods.

One of Martin's early assessments of his squad was that his players weren't fit enough to play the type of football he demands, something he repeated last month.

With each passing week, there has been improvement, he feels, with the players now responding brilliantly to his demands.

“There has been so much change and the players have taken so much on board and dealt with it, when it cannot have been easy,” he said.

“The fact they have produced what they have over the last four or five games makes me so proud of these guys. To have that control in just eight weeks is fantastic.

“We are really getting there, and I am in a position that I am incredibly grateful to be in.

“We need to convert these performances into wins and results, but we believe this way of playing will give us results in the long term.

“This is no quick fix, it’s about working hard. We have players adapting to new roles and the more work we do, and the more time we have the more they will be comfortable in those positions.

“The guys have looked fitter and stronger over this period of games than they did during the first one, and I am sure a bit of time to work now will be good.

“We have some bumps and bruises but we will look to have that balance between rest and work.”

A report from Football League World states that Premier League champions Manchester City will look to send players on loan to Swansea as part of a link-up between the teams.

Swansea have already formed close relationships with Liverpool and Manchester United over the loan agreements for Rhys Williams and Ethan Laird.

City are reportedly admirers of the way Swansea play and would see their young players potentially sent to the Swansea.com Stadium in future.

The link-up makes even more sense when you consider that Swansea's sporting director Mark Allen was formerly employed as City's director of academy for eight years.

Martin has previously spoken about Swansea being a favoured destination for top clubs to send their young talent.

Opening up on the behind-the-scenes chats that helped bring Williams to the club, Martin said last month : “He was one we enquired about really early on and he wasn’t available.

"When he did become available we were the first people they called, which was fantastic for us. Part of that will be down to Rhian Brewster and what he did here, albeit with a different coaching staff.

“We have had people recently from Manchester United looking at Ethan. They gave us great feedback about the environment, the people we have here and how much he is enjoying it.

Gyokeres 'annoyed' at Coventry when arriving from Swansea

Coventry City manager Mark Robins says that an "annoyed" Viktor Gyokeres knuckled down to work with the Sky Blues after his Swansea loan disappointment.

Sweden international Gyokeres joined Swansea in the summer of 2020 from Brighton on a temporary deal but barely featured under Steve Cooper. His loan was subsequently terminated and he joined Coventry for the remainder of the campaign.

He failed to spark into life last term but this season is a different story altogether. Since sealing a £1million permanent move, Gyokeres hasn't looked back, scoring nine goals in 11 Championship appearances.

“Vik was someone who came in, having not played,” Robins said of his arrival last January.

“He’d been at Swansea and not played enough games, so he wasn’t up to speed.

“So he needed to get up to speed but he came in thinking he was going to play straight away and was frustrated and annoyed that he’d come from Swansea to us and was expecting to play. But it doesn’t just happen like that.

“I said to him, ‘you need to get to the level before you play.’ And in fairness to him, he worked his socks off and there was a switch in him.

“I went to watch a 23s game when he played against Charlton and he was outstanding. He scored a goal (flicks his thumb) and that was it!

“From that point on he was in and then he did it into the games in the first team.

“He’s still got a load of learning there but he’s full of confidence. He’s power and pace, and a really good player. And he’s a really good foil for any of the other strikers.”

Ryan Manning has withdrawn from the Republic of Ireland squad.

The Swans defender had been carrying an ankle injury and it was originally thought he had shaken the complaint off.

But the 25-year-old has now been replaced by Celtic's Liam Scales in Stephen Kenny's party for the matches against Azerbaijan and Qatar.