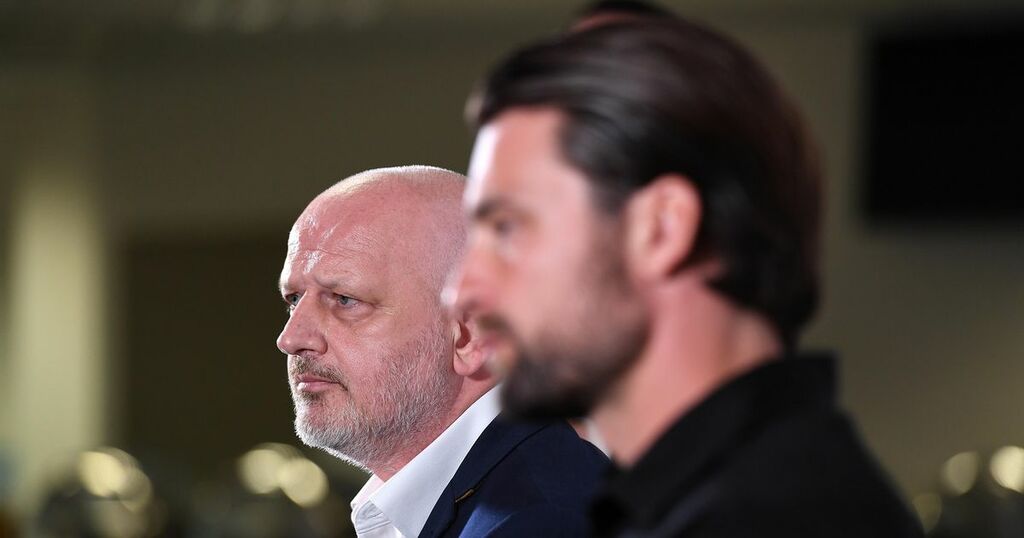 Wales Online
Swansea City transfer headlines as owners told it makes sense to invest, not just Piroe and Downes who are wanted and two ex-Swans released

These are your Swansea City headlines on Friday, May 6

Swansea City director Jake Silverstein says the club's American owners remain committed to building a path they hope will bring the club back to the Premier League, but admits further efforts to balance to books are likely this summer.

Speaking on the eve of Swansea's final game of the season at home to Queens Park Rangers, Silverstein said the Swans hierarchy had been left delighted by the progress made by the team under boss Russell Martin, adding that everyone at the club was committed to pulling in the same direction ahead of what is likely to be an important summer.

In a statement released on Friday evening, Sliverstein said: "Firstly, we are proud of the work that has been done this season by everyone at the club, and in particular we want to thank Julian Winter and the rest of his leadership team for navigating the club through yet another season complicated by Covid-19. When we first met with Russell and spoke about him taking on the head coach role, we were convinced that he was the right man to entrust with redefining the way we play football. Just as crucially, we were totally aligned on our vision to build a culture that embodies the core values of our club—integrity, community, connectedness, and love for the game.

"We speak regularly about “building,” and that is what we are doing. We have been pleased by the progress Russ and the team have made over the course of this year; we are playing exciting, engaging football, we got stronger as the season progressed, and the team believes in what we are doing—and in each other."

Swansea are very much a team in transition at the moment. Indeed, victory on the final day can't take them any higher than 11th, but Silverstein insists the foundations are there for something much bigger, adding that a return to the top flight is at the top of the hierarchy's list of long-term ambitions.

"We want to achieve promotion back to the Premier League, and our route to get back there will require a bit of patience as this plan matures and comes to fruition. We showed several times this season that we can be exceptional; at our best, we were dominant on the pitch.

"And, while there were frustrating moments this year, we are happy with the trajectory we are on. We believe our culture will bring out the very best in our players and be a key difference maker for our squad throughout what should be a very exciting 2022-2023 season for the club.

The Swans are poised for another busy summer, although the financial realities outlined in the club's latest accounts are likely to have some impact on what will be possible in terms of player recruitment. Martin himself has already stated that there may well be departures to help balance the books, but is clearly hopeful that the club will be able to do some business.

And Silverstein has admitted that efforts to remain financially sustainable, including possible player trading, are likely to continue over the coming weeks.

"Off the pitch, we continue our work towards building a financially sustainable football club—this, too, takes time and hard work. One core principle of financial sustainability for a club like ours is a player trading model whereby we identify, develop, and eventually sell young players to boost revenues. While over each of the last three transfer windows we have spent more in transfer fees than we have brought in through player sales, that will not always been the case. We are very proud of the incredible strides that so many of our players have made this year.

"Dealing with the challenge of no more Premier League parachute payments requires us to blend player trading with supplemental financial support from ownership, which our group continues to provide. We strongly believe that our efforts towards achieving financial sustainability, paired with our shared vision for the Swans’ exciting playing style, all underpinned by the culture of resilience and openness we are committed to building, are steps in the right direction."

Wales Online
Swansea City transfer headlines as owners told it makes sense to invest, not just Piroe and Downes who are wanted and two ex-Swans released

These are your Swansea City headlines on Friday, May 6