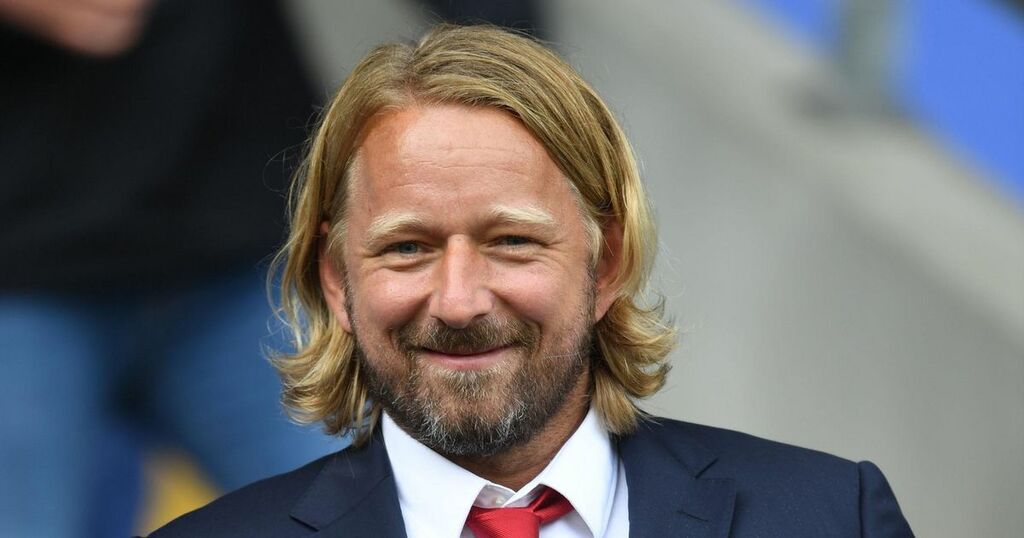 Former Arsenal chief Sven Mislintat is reportedly prepared to sign Konstantinos Mavropanos in a transfer which would give the Gunners' coffers a welcome boost.

Mavropanos, 23, moved to Arsenal in January 2018 and has spent his time with the club on the fringes, making just eight appearances.

The Greece centre-back was subsequently loaned to Nurnberg in the 2019/20 campaign and Stuttgart last season.

Mislintat was responsible for signing Mavropanos in his capacity as head of recruitment at the Emirates between December 2017 and February 2019.

The German scouting expert - now sporting director at Stuttgart - remains convinced of the player's quality and extended his loan spell for the current season.

Mavropanos appears to have no future under Mikel Arteta and Arsenal had little hope of recouping the £1.8million they paid to sign him from Greek side Giannina.

That may be about to change, however, as German outlet Bild claims Mislintat is keen to sign Mavropanos permanently if Stuttgart - who are 13th in the table - avoid relegation from the Bundesliga.

The player is considered a fan favourite and has started the season brilliantly with two goals in four appearances.

Mislintat has spoken highly of Mavropanos in the past, saying: "I like his offensive drive. In training you can always see outstanding offensive actions with him."

Stuttgart have an obligation to buy the defender which comes into force if they are not relegated to 2. Bundesliga and the agreed sum is understood to be €3million (£2.6m).

The report adds the only thing which will prevent Stuttgart from pursuing a permanent transfer is an injury, as Mavropanos has suffered multiple complaints in recent seasons.

Will Arsenal regret letting Konstantinos Mavropanos leave if he joins Stuttgart for a bargain sum next summer? Have your say in the comments.

The on-loan Arsenal man added to his header in the DFB-Pokal in August with a sensational lob in the 3-2 Bundesliga defeat by Freiburg later that month.

Mislintat even went so far as to compare Mavropanos to a Brazil legend, saying: "That was a goal a la Lucio. Simply sensational, sheer will."

If Stuttgart are relegated to the German second tier, their obligation to sign Mavropanos will reportedly become an option to buy.

Stuttgart paid a £500,000 loan fee to re-sign the player for the current season after he made 22 appearances in all competitions last campaign.

Mavropanos was tipped for a £7million move to the club throughout the summer, but it appears they could land him for a vastly-reduced fee next summer, by which time he will have one year remaining on his contract with Arsenal.