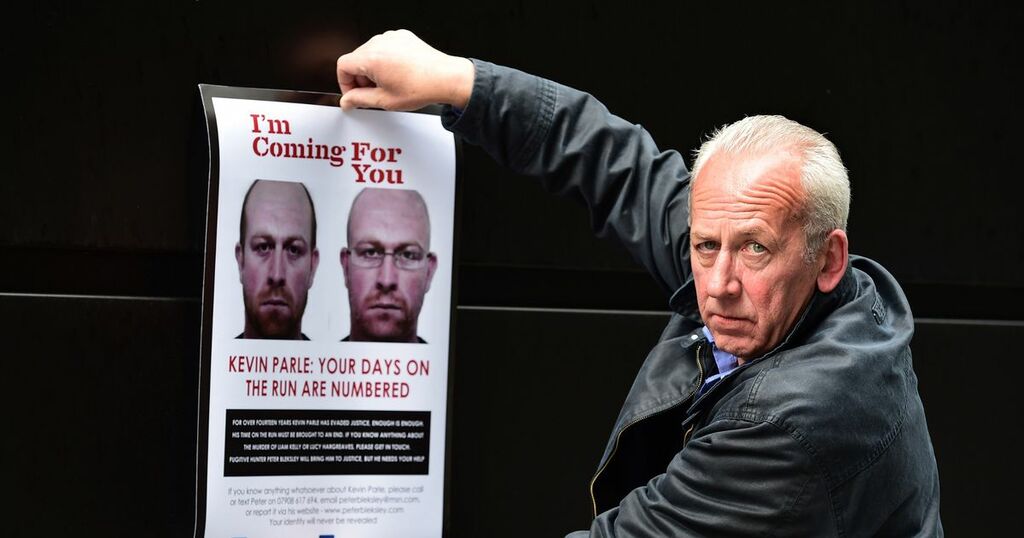 A former Metropolitan police undercover detective claims he has had a "raft of information" regarding Merseyside's most wanted fugitive.

Peter Bleksley appeared on ITV's This Morning today to discuss his two-year investigation into suspect Kevin Parle who is on the run following two shocking killings in Liverpool.

Parle is wanted in connection with the killings of 22-year-old Lucy Hargreaves in 2005 and 16-year-old Liam Kelly, the year before, in Liverpool.

The fugitive is at the top of Merseyside Police's most wanted list following the chilling shooting of Ms Hargreaves, the young parent in Walton as she slept on a living room sofa after which petrol was poured around the room and set alight.

Along with Lucy's murder, Parle is also wanted for the tragic gunning down of 16-year-old Liam Kelly on Grafton Street in Dingle, in 2004.

Parle was released on bail after he was arrested in connection with Ms Hargreaves' murder, a case in which the killers were understood to be looking for the 22-year-old's boyfriend, Gary Campbell, who has acknowledged he was the intended target.

On today's show on ITV, former ex-Channel 4 Hunted investigator Peter said how he has had a "raft of information" regarding the hunt for 6ft 6ins Parle.

He also claims that this information leads to Parle still being alive and quashes the previous underworld rumours that Parle is dead.

Hosts Phillip Scholfield and Holly Willoughby asked whether Peter was "close" in closing down on Parle.

He replied: "I have been been giving a raft on information, some maybe accurate, some less so.

"But I am continuing to research that."

The former detective said he had received information that Parle has been in Thailand and Spain while on the run and claims there was "strong indicators" he has been in Dubai and Australia.

Two of the alleged most recent sightings were in Europe, it was said.

One was described as being in a coffee shop and told how when the man, said to be Parle, heard the source speaking in English, he immediately left behind his coffee and left, "looking severely aggrieved."

Another reported sighting was in a bar, in a different country.

Speaking on the show, Peter said through rising the profile on Parle such as through his podcast, his new book 'Manhunt: Hunting Britain's most wanted murderer' and by coming on This Morning means more people knowing about the fugitive.

He said: "Every person who hears Kevin Parle's name is a small win for me and goes a little way to shrinking the world."

In an earlier statement this year, given by Merseyside Police to Mr Bleksley and shared with the ECHO, Detective Chief Inspector Siobhan Gainer, said: “We are committed to finding justice for the families of 16-year-old Liam Kelly, who was fatally shot as he got out of a friend’s car in Dingle on Saturday 19 June, 2004, and Lucy Hargreaves, who tragically lost her life at the age of 22, when she was shot in her home in Walton on 3 August 2005.

“Kevin Parle is wanted by Merseyside Police for both these murders.

"He remains outstanding and the force is offering a £20,000 reward for information leading to his arrest.

“We believe he may be living abroad and there is a European arrest warrant out for his arrest.

“Parle is described as white, 6ft 5in tall with a broad build.

"He has blue eyes, ginger hair and a 1” scar on the left side of his head.

“I know over the years people move away and loyalties change and I would call on those people, who could have crucial information, do the right thing and come forward to us, or Crimestoppers on 0800 555 111.

"I'd like to reassure them that there are special measures that we can put in place to protect witnesses in serious cases such as this. Someone, somewhere can help us find justice for both of these victims, whose lives were callously cut short, and their families.”

"Anyone with information on the whereabouts of Kevin Parle is asked to contact @MerPolCC, 101 or @CrimestoppersUK."