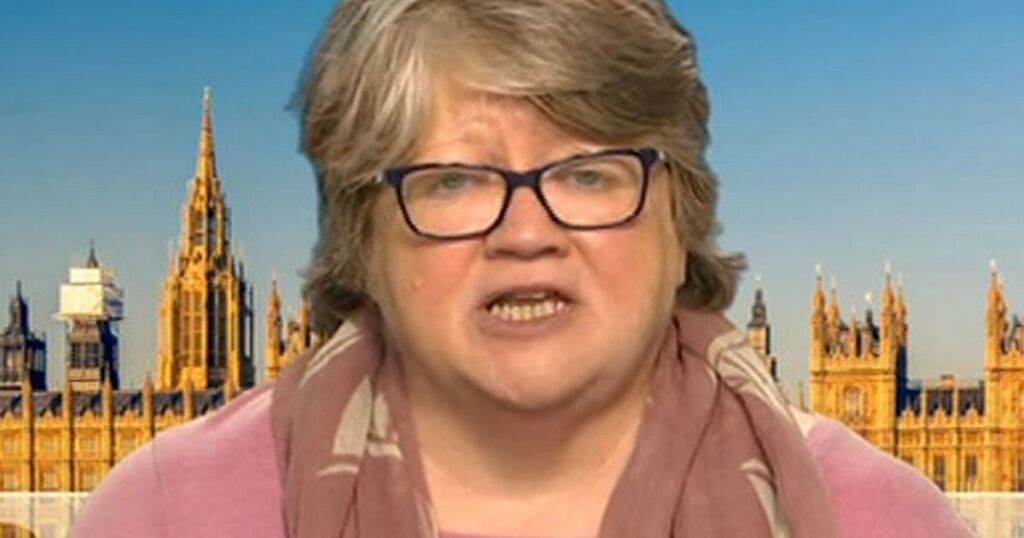 Thérèse Coffey appeared on the ITV show via video link live from Westminster and did not hold back as Susanna and her co-host Richard Madeley challenged her.

One thing that mother-of-three Susanna was keen to talk about was the cuts to Universal Credit.

"Can I talk to you about something that is really concerning? The people who receive it and also a number of your backbenchers, and that’s the removal of the £20 uplift in Universal Credit," Susanna began.

"How, when people have struggled so much, are you in good faith going to take away £1000 a year from those people struggling?" she asked the MP.

"Well the reason why the £20 uplift of the Universal Credit standard allowance was introduced last year was recognising the impact on people who had lost their jobs for the first time ever, suddenly coming into the benefits system and seeing a significant drop in their income," Therese replied.

"And what we did was make the UC standard allowance similar to the amount of money that was the minimum statutory sickness pay.

"So we recognised that this would always be a temporary measure. In fact, in the run up to the budget we collectively agreed that we would keep this in place until the autumn, but I’m conscious that we want to help people not only get back into work, but progress too..."

However, Susanna was having none of it and interrupted her by saying: "But we also know that more than two million people who are in receipt of Universal Credit are in work so it’s not really good enough to say, 'well the alternative is to get a job'.

"These people are already working. And also to say that it’s a temporary measure, does not help if you’re the individual struggling to pay the bills and you face the loss of annual income of £1,000 a year."

Therese replied: "Well indeed, and I’m very conscious that Universal Credit is both an in work and out of work benefit and thats why we have 27,000 work coaches right around the country, we’ve doubled that in the last year.

"So it’s not just about getting people into a job, it’s about how we help people progress in work as well."

But Susanna still wasn't impressed and probed: "How does it help people when you take away £1,000 a year?"

Therese then mentioned that £20 is equivalent to doing two extra hours of work per week, but this comment seemed to anger Susanna even more.

"So you're telling that single parent," Susanna interjected, as Therese told her: "I'm trying to answer your question Susanna."

"Susanna thats not what I’m saying at all, if you allow me to finish answering the question," Therese barked back.

However, Susanna seemed uninterested in what she had to say and ended the interview by saying sarcastically: "Well, I’m sure that comes as a great comfort."