Survival in the city for homeless corellas

RECORD rainfall that has caused flooding across parts of NSW and extreme heat inland have combined to create huge flocks of homeless corellas searching for food in the Hunter.

Every morning it's the same familiar sound.

Residents are being woken like clockwork by huge, noisy flocks of hundreds of corellas.

Life has changed dramatically for the cheeky parrots, originally from inland Australia, which typically flock in family groups of between 20 and 30.

University of New England animal behaviouralist Emeritus Professor Gisela Kaplan said flocks of hundreds of corellas, like those seen in Newcastle over the past few months, were homeless.

"They are looking for a place that is more livable," Professor Kaplan said.

"They are like the canary in the coalmine, looking for a new home because they can no longer live elsewhere and they are ultimately landing in cities."

Corellas are among the ten most intelligent birds in the world. Flooding to the north and extreme temperatures inland have driven large flocks of the ground feeders further afield in search of food.

Professor Kaplan said extreme temperatures and heat waves inland had created a "death zone" north of Adelaide that was killing everything.

"If they flew in the sky they would literally drop dead in the sky," she said.

The appearance of the corellas in larger numbers in inner city and suburban locations is another turn in the merry-go-round of displaced species, as food sources and suitable nesting spots decline.

Corellas are highly-evolved birds and form loving, life-long partnerships with each other.

They are easily distinguished by their whitish bills, "hungover" blueish eyes and high-pitched screech.

Members of the cockatoo family, the most common birds seen in the Hunter are little corellas. There are related species, the long-billed Corella, which has a red slash across the throat and the western corella.

Corellas traditionally live in a wide variety of habitats, from monsoonal forests, and paperbark swamps to semi-arid woodlands.

Professor Kaplan said corellas had the mental ability of a child aged between five and nine, or the comprehension level people have with "some very special dogs".

"They can reason and make decisions," she said.

"They can make decisions about their survival and good decisions, to get away and move to other areas when things are imbalanced."

Similar to humans, corellas pair later in life and look after their young for years, protecting them and teaching them how to survive.

"If they find a place to stay, they will pair up and stay indefinitely and travel in families of between 20 and 30," Professor Kaplan said.

"Then you know they've got the balance back in the natural environment, what you are seeing in these big flocks are refugees looking for a home."

"In autumn a lot of birds do flock together, summer is the breeding season and then they all tend to hunker down and get through the winter together," he said.

"It's a thing that happens that we don't fully understand."

Mr Roderick, who is also the vice president of Hunter Bird Observers, said while corella numbers had increased in the Hunter, the number of galahs had decreased.

"In cities, the corellas seem to have almost displaced galahs," he said.

"They are only reasonably new to Newcastle, 20 years ago corellas were rare to see and now we see them all the time."

Drought-breaking rains, due to La Nina conditions, over the past two years have created ideal breeding conditions for the birds.

The La Nina weather event, which caused the wettest summer for parts of eastern Australia since 2010-11, is stubbornly refusing to dissipate.

Sustained rain that delivered catastrophic flooding to parts of NSW has also contributed to larger than normal corella flocks in some parts of the Hunter this year.

Corellas commonly dig - often on golf courses, in public parks or on sports fields - for roots and underground plant stems, or use their long beaks to strip seeds from trees such as Norfolk pines.

"They are lawn feeding or ground feeding and a lot of land they would normally feed on has been destroyed," Mr Roderick said.

"The floods could well have had an impact on their location as they search for food."

One of the corellas' most endearing qualities is their love of play, he said..

"They are very intelligent and the thing I love about them is they are one of the few birds that seem to do things for fun," he said.

"They will hang off power wires and let go for fun or roll around on the ground, they really seem to enjoy life."

Professor Kaplan said once the birds have full bellies they play, especially with young, to create stress.

"They will send stress levels up and then bring them back down again and this helps them deal with stress much better as an adult," she said.

"Controlling stress hormones can be a very serious advantage in life, just as it is in humans."

"We have some of the brightest and the best birds in the world and we should look after them," she said.

"In their lifestyles corellas are very similar to humans, we have a parallel evolution."

She said large flocks of corellas in cities indicated the birds were at crisis point.

"The corellas don't seem to mind people, they know their own abilities and have a group to look after them," she said.

"They should be treated as refugees and offered feeding places away from humans and close to water sources.

"They learn very quickly, just like humans, when they find a nice place to live they'll stay."

A spokesman for Lake Macquarie City Council said traditionally there were large flocks of corellas at Warners Bay, but no significant damage had been reported recently.

He said previously two synthetic cricket pitches in Warners Bay, John St and Feighan No.3 ovals, were switched from green to beige due to the fact that corellas mistake the green-coloured pitches for new grass shoots and peck at them.

The birds see the beige-coloured pitches as dead and leave them alone.

A City of Newcastle spokeswoman said large flocks of corellas had damaged the cricket oval at Griffith Park at Stockton, digging large holes in the grass. 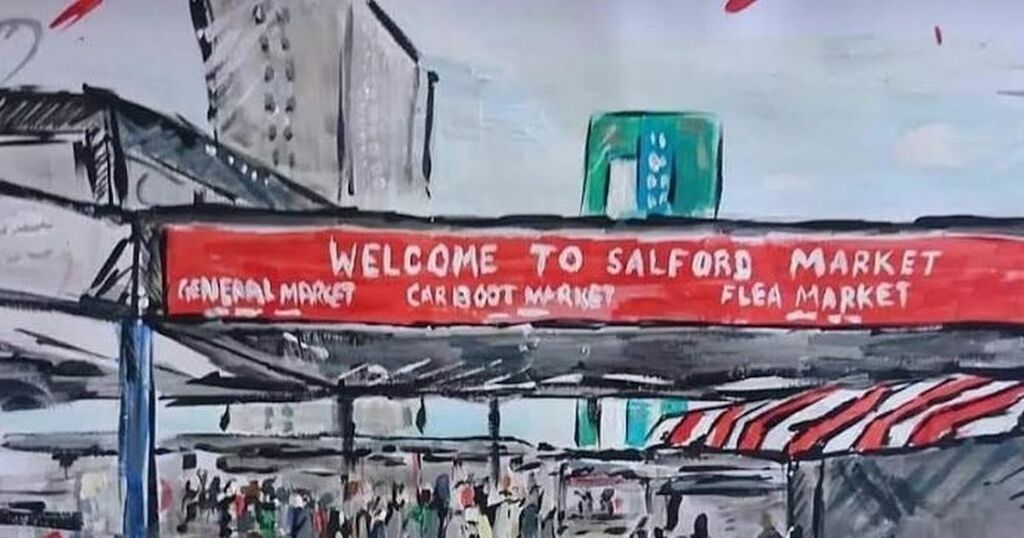 Salford Shopping City at 50: Its people, pride and long battle to survive
Now it has an artist in residence

Americans almost drove Canada geese to extinction; now they are so numerous, they’re a nuisance. What do we do next?

Traders are going to try and purchase it themselves