Surprising fee on public transport in Manchester for dog owners 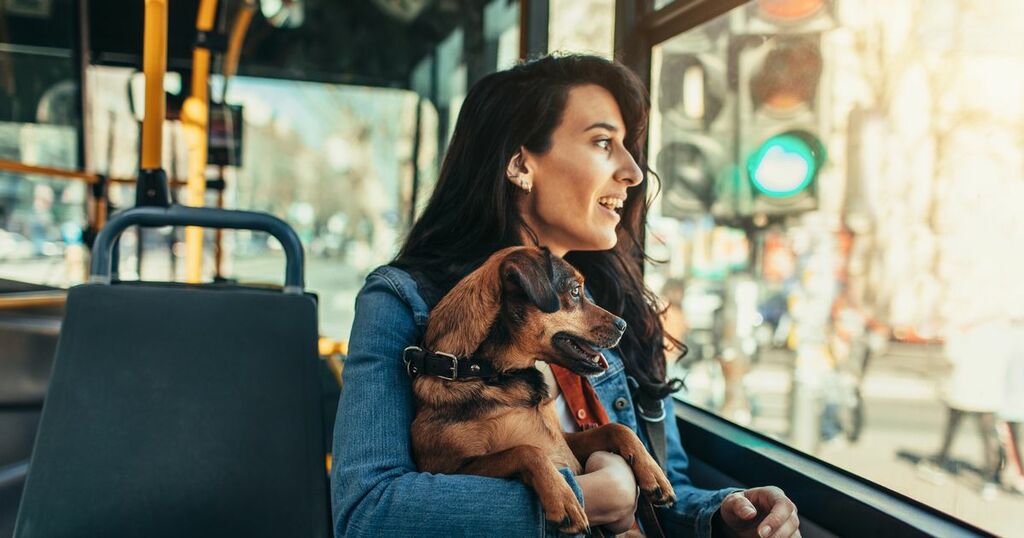 Two of the biggest bus providers in Manchester are charging for dogs to travel on public transport.

Stagecoach and First Bus both have policies that give drivers the power to decide whether they will allow a dog on the bus- and only assistance dogs travel for free.

Manchester Evening News first reported the fare in 2016 , as other cities such as London do not charge for dogs riding the bus.

It appears that in 2021 the rules in Manchester have seen little change.

Sarah Walters, a journalist, often takes her dog, Tommy, on the buses.

Speaking to the M.E.N in 2016 she said: “Tommy is a very well behaved dog, the same size as a baby - I can carry him in my arms and, quite rightly, mothers don’t pay to bring their babies or their buggies on board.

“Tommy doesn’t take up a seat or any space. He sits on the floor or on my knee, and I don’t buy the excuse that the 50p or £1 ticket charge covers any costs to the bus company.

“I don’t get charged on a train, and very rarely in a taxi. It’s time this charge was stopped.”

A First Bus spokesman said while assistance dogs travel free, there is a 50p charge for other dogs - which should be kept on a short lead and limited to one on each deck ‘to avoid conflict’.

He added: “The reason behind this is that dogs generally do take up room on the bus even though they don’t (shouldn’t) take up a seat.”

He accepted small dogs take up less room but added: “It is unreasonable to ask drivers to distinguish when a dog is big enough to start charging 50p for so we have a nominal charge for any dog.”

A Stagecoach Manchester spokesman said all dogs were welcome, at a charge of £1, excluding assistance dogs which travel free.

As the charge is at the discretion of the driver, the policy can be implemented sporadically across bus routes.

KevlarMak on Reddit said: “I take my dog on the buses reasonably often. I've done it 25 plus times in the last year I'd say, and only one driver has refused to let us board.

“The bus companies have a concessionary dog ticket which is £1, but I've found most drivers don't bother charging you.

“I just get on the bus and very politely ask the driver if it's okay for my dog to board too. Most of the time they are happy for him to board.”

Other bus providers that operate in and around Manchester have differing policies.

Arriva policy is described as ‘dog positive’, and does not charge for pets to be brought on board.

However, allowing dogs to take an Arriva bus is at the absolute discretion of the driver which means that if the bus is full or a driver simply doesn’t allow dogs then your journey could be halted.

For those visiting the city from further afield, or travelling on to new places, Mega Bus and National Express coaches only allow assistance dogs, and it’s recommended that they have a jacket or harness that identifies them as such before boarding the bus.