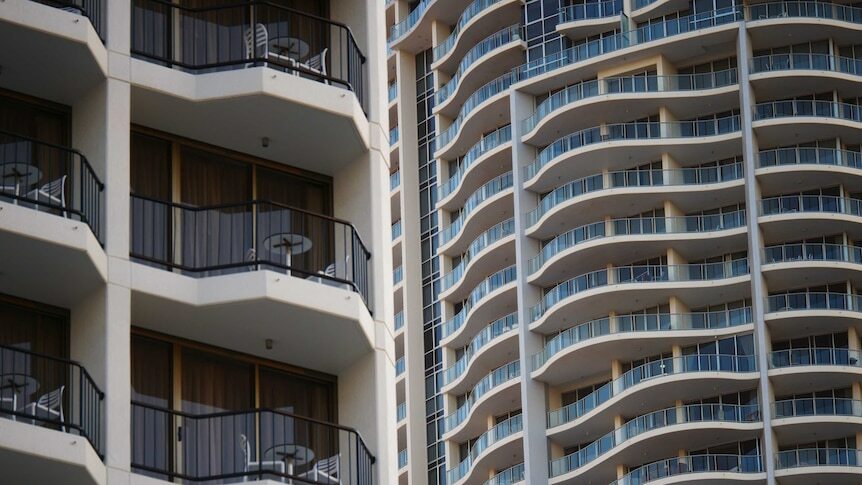 A popular Gold Coast holiday and party destination has sold double the number of properties than any other location in the country over the last year, according to recent real estate data.

The property report showed Surfers Paradise has had the most sales nationally, well above higher populated locations in Victoria and New South Wales.

It recorded 2,325 sales settlements in 12 months — more than double what it would generally sell annually — according to local agents.

Ray White chief executive Andrew Bell said it was the only location outside of Victoria to make the top sales list.

"The next location was the City of Melbourne which had just 1,210, so that margin really shows how popular Queensland is.

"Surfers really had a colossal number of sales in one year, it shows Surfers Paradise is standing out as a favourite destination".

According to Mr Bell, COVID sparked a large number of holiday rental owners to sell their properties, due to being unable to secure guests and unable to visit themselves.

He said the shift saw a large increase in the availability of units in the already popular location on the Gold Coast.

"Apartment availability does a play a part in that, no question, but I think [people selling] has stimulated sales into the marketplace with people being unable to get up here," he said.

Mr Bell said the majority of those who have moved into the units were downsizing from homes and wanted a sea change.

"People want to be near the ocean, so that is apartment living unless you're going into a very expensive home, and Surfers Paradise has more apartments than any other suburb in Australia," he said.

"And it's all kinds of people, high-end people buying $10 million-plus homes, or people coming in and renting. But overall there's just strong interest in being in a central location like Surfers Paradise and to live in apartments.

"I'm not overly surprised as we see it on the ground with the number of apartments we sell, but to see it as the number one in the country — that was a surprise."

Besides Surfers Paradise, Southport was also a high-performing Queensland location, according to the Domain data, having sold just under 1,000 units for an average of $385,000.

The Gold Coast and Sunshine Coast remain the best performers for sales for the last quarter, according to state-based data, making up nine out of ten of the highest settling suburbs.

Caboolture, north of Brisbane, made up the final spot.

Similar to the national report, the Gold Coast's Surfers Paradise and Southport were the top two locations with the highest rate of property transfers, followed by the Sunshine Coast's Maroochydore and Buderim.

Hope Island, Caboolture, Coomera, Pimpama, Robina and Helensvale made up the remainder of the state's top sales settlements list.

"Queensland was the standout performer for the September quarter in terms of sales settlement," Mr Gill said.

"It was ahead of New South Wales and Victoria, the more populated southern states — so quite rare to see Queensland there.

"There's a lot of a strong interest in that Gold Coast region, which is driven by a number of things; obviously there's a lot of demand within Queensland for those suburbs, but we are also seeing interstate buyers.

"I think given the pandemic, the way it's unfolded, Queensland being one of the states that's most successfully navigated the pandemic, a lot of buyers from Victoria are now looking at Queensland".