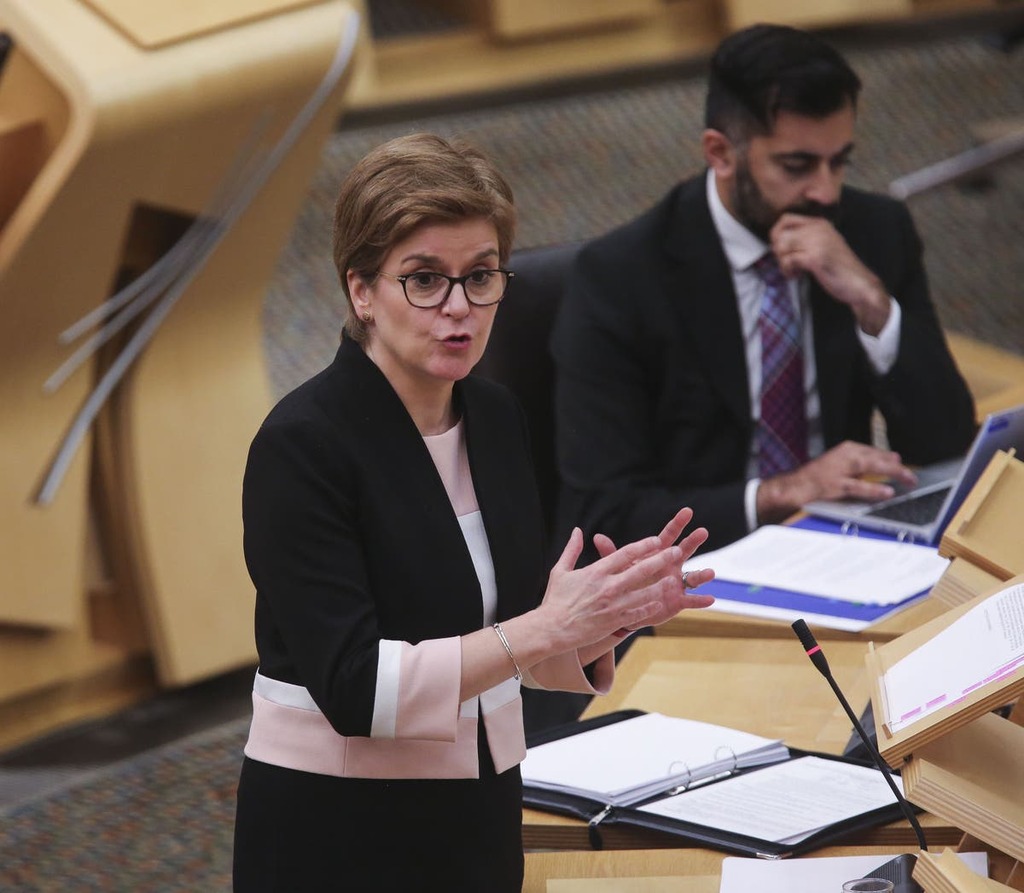 Nicola Sturgeon’s bid for a second referendum on Scottish independence without consent from Westminster has been dealt a blow by a Supreme Court ruling stating that Holyrood overreached its powers by attempting to introduce two new bills that were incompatible with UK law, unionist legal experts have said.

The Scottish National Party brought forward two bills relating to children’s rights and local government, both of which were passed by MSPs on 16 March ahead of Scotland’s elections.

But lawyers for the UK government had raised concerns about the legality of the proposed legislation. Officials in Whitehall suggested amendments to the bills but these were rejected by the Scottish government.

In a 34-page judgement issued on Wednesday, the Supreme Court ruled that the bills were “outside of the legislative competence of the Scottish parliament”, citing the 1998 Scotland Act which governs devolution.

Lord Reed, the court’s Scottish president, gave the sole judgment, with which four other senior judges unanimously agreed. The judgement said the bills “will return to the Scottish parliament so that these issues can receive further consideration.”

Unionist constitutional experts have claimed the case, brought by lawyers for the attorney general, Tory MP and QC Suella Braverman, makes it harder for Ms Sturgeon to call for a unilateral poll on independence.

The SNP has ramped up its campaign to break away from the UK after winning an historic fourth term at the Holyrood elections in March. Earlier this year  the party formed a coalition with Scotland’s Greens, which is also pro-independence, giving nationalists a majority at Holyrood.

Publishing details of the power sharing arrangement in August, both parties pledged to hold a second poll on the constitutional question within five years and preferably by the end of 2023.

UK prime minister Boris Johnson has repeatedly said his government will not grant a second vote following the divisive 2014 campaign. Power to call a referendum resides at Westminster.

A defiant Ms Sturgeon has said she will hold a “legal” poll with or without consent from London, arguing Mr Johnson is “not entitled to stand in the way of the democratic choices of the people of Scotland”.

But unionist legal experts have claimed Wednesday’s ruling could undermine those attempts.

Adam Tomkins, professor of constitutional law at Glasgow University and a former Scottish Conservative MSP, said the judgment had undermines the lawfulness of any future referendum bill.

The ruling did nothing to harm children’s rights in Scots law but may well prove to torpedo any argument that Holyrood can legislate solo for an indyref2 bill”.

Pamela Nash, chief executive of Scotland in Union, said: “This ruling is a reminder to the SNP government, which wants to waste more taxpayers’ money on a court battle over a second referendum, that it should instead focus on using its extensive existing powers and stop trying to undermine devolution.”

John Swinney, the SNP deputy first minister, said the ruling highlighted the limitation of devolution and vowed that the protections in the United Nations Convention on the Rights of the Child Bill would go ahead.

“While we fully respect the court’s judgment and will abide by the ruling, we cannot help but be bitterly disappointed,” he said.

“It makes plain that we are constitutionally prohibited from enacting legislation that the Scottish parliament unanimously decided was necessary to enshrine and fully protect the rights of our children.”

The Supreme Court ruled that four parts of the children’s bill and two provisions in the local government one were incompatible with UK law.

In an interview with the Financial Times published on Thursday, Ms Sturgeon said it would be “unthinkable” for Mr Johnson to deny Scots another say on independence.