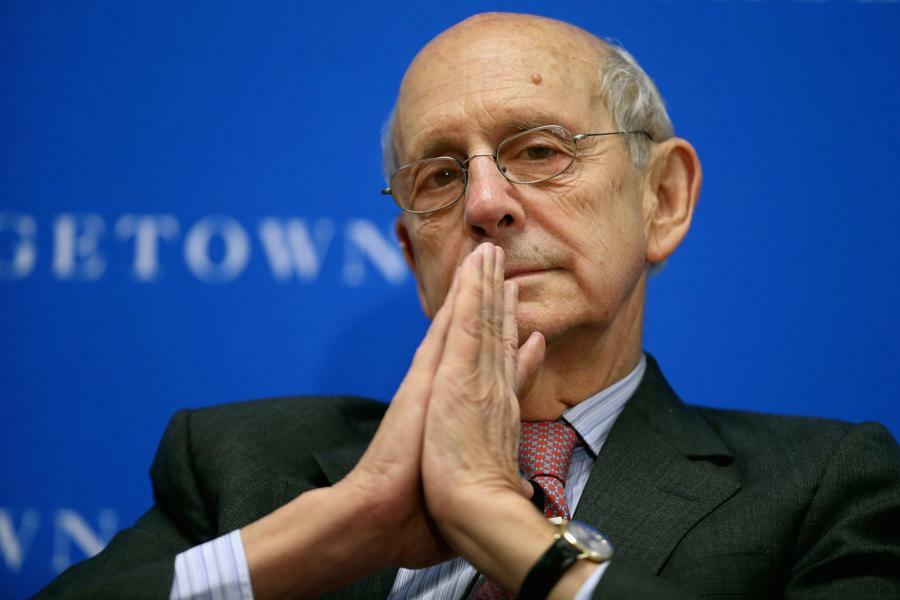 U.S. Supreme Court Justice Stephen Breyer downplayed Democratic calls that he should step down now to ensure President Joe Biden can appoint a liberal successor, saying Sunday that while he understands their argument it’s only one of “many, many considerations” behind his decision to retire.

Upon being shown an interview of late Justice Antonin Scalia saying he doesn’t want to be replaced by a justice who tries to “[undo] everything I’ve tried to do,” Breyer said on Fox News Sunday he “see[s] the point” behind not wanting a conservative president to name his successor.

The left-leaning Breyer, 83, said “probably in the background there’s something there” to that consideration, gesturing to his mind, but stressed there are “many, many considerations” behind his retirement, including the role of the court and "institutional considerations.”

Asked about calls by Democratic politicians for Breyer to retire, the justice said they are “entitled to their opinion” and “understand the political world much better than I...and there we are.”

Breyer also dismissed questions regarding former Senate Majority Leader Mitch McConnell (R-Ky.) refusing to confirm Merrick Garland to the court ahead of the 2016 election but letting the Senate confirm Justice Amy Coney Barrett just before the 2020 election, likening the question to “asking for the recipe to chicken a la king from the point of view of the chicken.”

The justice chalked up McConnell’s decision to “the political environment,” and said he believes that if enough of the public want that reality to change or be modified, “it will be.”

“I don’t intend to die on the court, I don’t think I’ll be there forever,” Breyer said.

Breyer was also asked about potential reforms to the Supreme Court, which many progressives have pushed for in order to combat the high court’s conservative tilt and President Joe Biden has convened a commission to study. While Breyer pushed back against the idea of adding justices to the court, the justice signaled more openness to term limits, as some Democrats in Congress have introduced a bill to do. “I think you could do that,” Breyer said. “It should be a very long term, because you don’t want the judge who’s holding that term to start thinking about his next job. But it would make life easier for me.”

Numerous Democrats have pushed for Breyer’s retirement from the Supreme Court in order to ensure his replacement can be confirmed while the party controls both the White House and Congress. The late Justice Ruth Bader Ginsburg declined to step down during Barack Obama’s presidency and was ultimately replaced by Trump nominee Barrett, and McConnell has suggested if the GOP retakes the Senate, he will likely be unwilling to confirm a Biden nominee to the court even if it’s a year before the 2024 election. The calls for Breyer’s retirement and sweeping reforms to the court have intensified in recent days after the Supreme Court ruled 5-4 to uphold Texas’ near-total ban on abortion, arguing in a September 1 ruling it was too soon to take action against the law despite its extreme restrictions on the procedure. “If [Breyer is] going to retire, it should be sooner rather than later,” Sen. Amy Klobuchar (D-Minn.) said last week on CNN, noting if the court’s abortion decision “doesn’t cry out for that, I don’t know what does.”

Stephen Breyer Has No Plan To Retire Yet From Supreme Court, He Says (Forbes)