By Sun-times Staff And Wires 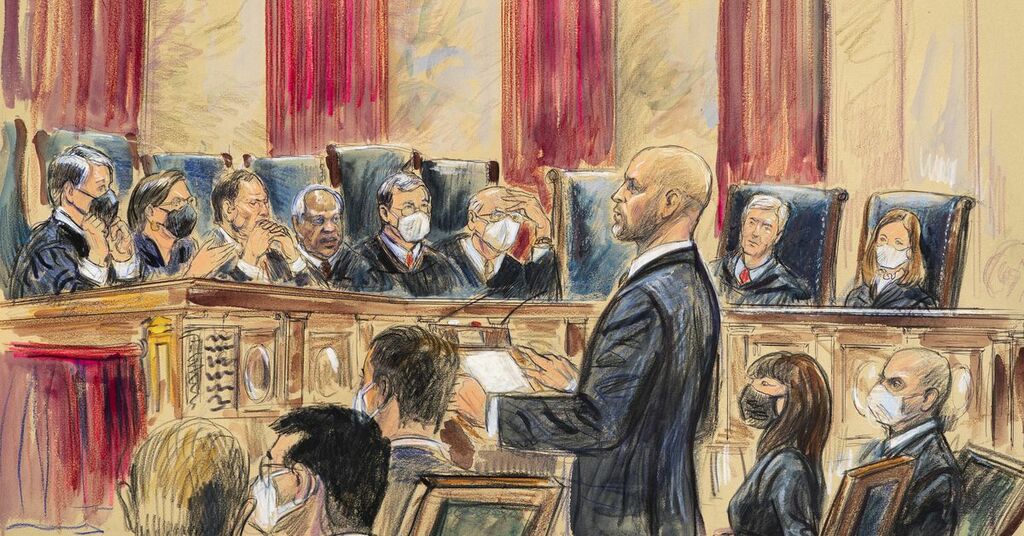 WASHINGTON — While still encouraging people to get vaccinated, some local organizations applauded the Supreme Court’s decision to stop the Biden administration from enforcing a requirement that employees at large businesses be vaccinated against COVID-19 or undergo weekly testing and wear a mask on the job.

Illinois Chamber’s vice president Clark Kaericher said the court’s findings “will provide much needed certainty to the business community by preventing a one-size fits all mandate from the executive branch.”

“Businesses and consumers are struggling to navigate a supply chain under siege and a severe worker shortage,” Kaericher said in a statement. “Today’s ruling should provide some much needed relief.”

“The COVID-19 pandemic has been devastating for Chicago area businesses,” Lavin said in a statement. “ ... While we have called on Chicago businesses to review and implement policies that require employees to be vaccinated before returning to the workplace, the federal mandate created additional, unnecessary burdens and costs for employers.”

Nevertheless, some companies, like Deerfield-based Walgreens, said they are going forward with vaccine-and-test mandates in their support and corporate offices.

And despite that ruling, the court is allowing the administration to proceed with a vaccine mandate for most health care workers in the U.S.

In the mixed verdict Thursday, the court’s conservative majority concluded the administration overstepped its authority by seeking to impose the Occupational Safety and Health Administration’s vaccine-or-test rule on U.S. businesses with at least 100 employees. More than 80 million people would have been affected.

“OSHA has never before imposed such a mandate. Nor has Congress,” the conservatives wrote in an unsigned opinion.

In dissent, the court’s three liberal justices argued that it was the court that was overreaching by substituting its judgment for that of health experts. “Acting outside of its competence and without legal basis, the Court displaces the judgments of the Government officials given the responsibility to respond to workplace health emergencies,” Justices Stephen Breyer, Elena Kagan and Sonia Sotomayor wrote in a joint dissent.

White House officials nonetheless still views the rule as a success at already driving millions of people to get vaccinated and for private businesses to implement their own requirements that are unaffected by the legal case.

The vaccine mandate that the court will allow to be enforced nationwide survived on a 5-4 vote, with Chief Justice John Roberts and Justice Brett Kavanaugh joining the liberals to form a majority. The mandate covers virtually all health care workers in the country, applying to providers that receive federal Medicare or Medicaid funding. It potentially affects 76,000 health care facilities as well as home health care providers.

“The challenges posed by a global pandemic do not allow a federal agency to exercise power that Congress has not conferred upon it. At the same time, such unprecedented circumstances provide no grounds for limiting the exercise of authorities the agency has long been recognized to have,” the court wrote in an unsigned opinion, saying the “latter principle governs” in the healthcare cases.

Justice Clarence Thomas wrote in dissent that the case was about whether the administration has the authority “to force healthcare workers, by coercing their employers, to undergo a medical procedure they do not want and cannot undo.”

Both of the administration’s rules had been challenged by Republican-led states.