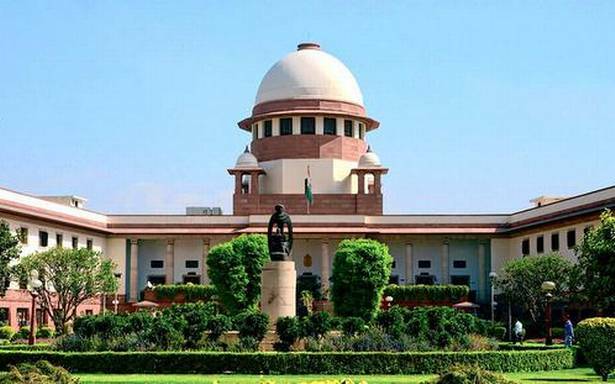 The Supreme Court has in a single stroke granted ad interim bail to nearly 100 convicts who have served more than 20 years in jail.

The convicts are all lodged in jails in Uttar Pradesh. Most of them are serving their sentences in the Agra Central Jail.

“Since the petitioners have been in jail for over 20 years, they shall be released on ad interim bail subject to the terms and conditions to be imposed by the Trial Court to its satisfaction,” a Bench of Justices Indira Banerjee and J.K. Maheshwari ordered.

Advocate Rishi Malhotra, for the convicts, said the convicts suffer “a very shocking and sorry state of affairs in the State in as much as despite undergoing more than 20 years of total sentence and despite being entitled for premature release under the policy dated August 1, 2018, which has statutory force under Article 161 of the Constitution, they continue to languish in jails”.

“This is nothing but illegal detention,” Mr. Malhotra submitted.

The Supreme Court had earlier similarly released a batch of convicts who continue to remain imprisoned in Uttar Pradesh despite having undergone their sentence.

The court had not only entertained those petitions challenging their illegal detention and infringement of fundamental rights but had also ordered their release.