Sunk at the last minute: the $250m Port of Newcastle container terminal package

The Morrison government came within 24 hours of unveiling a $250 million infrastructure package to support the establishment of a container terminal at the Port of Newcastle during the election campaign but dumped the commitment over concerns that it would be seen as promoting Chinese interests in Australia.

Despite having the backing of the then prime minister Scott Morrison, senior forces within the government were successful in having the announcement, which is considered critical to the diversification of the port and the wider Hunter economy, shelved.

Tensions about the Chinese government's long-term lease of the port have featured prominently in debates about Australia's relationship with China in recent times.

With the Coalition vying to win the seats of Paterson and Hunter, the container terminal announcement was regarded by some as a potential game-changer for the Coalition.

But on Monday, former deputy prime minister Barnaby Joyce, who was due to announce the funding on Friday May 6, confirmed concerns about the port's ownership stopped the announcement.

"To be quite frank, we didn't want to be seen to be giving a whole lot of money to the Chinese government," he told the Newcastle Herald.

"We had to make sure the technical and legal issues that surround it weren't confounded by foreign ownership."

Port of Newcastle chief executive Craig Carmody confirmed the port had been anticipating the announcement.

"Following the release of this year's federal budget, Port of Newcastle was informed that $250 million of the regions package had been allocated to the port for diversification and stage one construction of the container terminal," he said.

"Given the significance of this announcement for the future of the Hunter and regional NSW, preparations had been made for a formal announcement."

The project is listed among $787 million worth of projects that were slated for the Hunter as part of the $4 billion region's package.

The fund, which is designed to help coal dependent communities diversify their economic activities, was created late last year in return for the National Party's support of Scott Morrision's pledge to achieve net zero emissions by 2050.

All of the other Hunter projects listed in the fund, including the Newcastle Airport terminal upgrade, the New England Highway bypass to Muswellbrook, and the Newcastle Super Hydrogen Hub, were announced during the election campaign.

The project 'Newcastle Port Transformation Phase 1' is described as an investment in "infrastructure to support emerging and renewable industries".

The funding would have allowed the port to commence building a container terminal.

It is estimated the project would attract $1.8 billion of private investment and generate more than 15,000 direct and indirect jobs in the Hunter and contribute $2.5 billion to the national economy.

However mining giant Glencore and the NSW Minerals Council have waged a long-running campaign against the project on the basis that it would create uncertainty on future terms of port access for the coal sector.

Likewise, the NSW Government is opposed to the project because Port Commitment Deeds (PCD), which were signed when Port Kembla and Port Botany were privatised in 2013, require the state to compensate those ports if container traffic at the Port of Newcastle exceeds a cap.

When the Port of Newcastle was privatised in 2014, another PCD required that port's operators to reimburse the government for any compensation paid to the operators of Kembla and Botany.

During several visits to the region Mr Morrisson said he was keen to resolve the issues that were impeding the establishment of a container terminal.

"Let me be very clear about the outcome I want to see, whether it's the port in Newcastle or the port in Townsville or Gladstone, I want these ports be able to service the regions as fully and as competitively as is possible," he said in March 2021.

"As the Prime Minister I know what's needed here and that's a Port of Newcastle that works for the Hunter because when that happens the Hunter is able to do more for Australia."

The Herald understands the government also became concerned about a potential conflict of interest between National Party Senate candidate Ross Cadell who had been working for the port as a lobbyist for the project.

Mr Cadell, who was elected to the Senate on the weekend, confirmed he left his role on 15 April to avoid any conflict of interest.

"I was just happy that the project was included in the budget. It's important for Newcastle and it's something I worked on for two years. If I had to step aside to allow it to happen I was fine with that," he said.

Mr Carmody said the port would meet with the incoming Labor government representatives in an effort to secure the critical funding.

"Federal Labor national policy already calls for the removal of the Port Commitment Deed, allowing Port of Newcastle to build a container terminal. In line with that policy, we would expect the newly formed federal government to honour the commitment made in this year's budget," he said.

During a visit to Newcastle on January 3 Prime Minister Anthony Albansese said he was keen to see the port diversify.

Newcastle MP Sharon Claydon, a long time supporter of the container terminal, said she was keen to pursue the reasons why the Coalition dodged the announcement.

"I have been a strong advocate for a container terminal in Newcastle. We are concerned about the ongoing position of the NSW Liberal government and that needs to be resolved," she said.

"I can't speak for Anthony, but I will certainly be trying to get to the bottom of what has happened. It just seems to me there are a collection of excuses as to why the former government dodged this announcement. They made other commitments around the port. It's very curious that this one got boxed away." 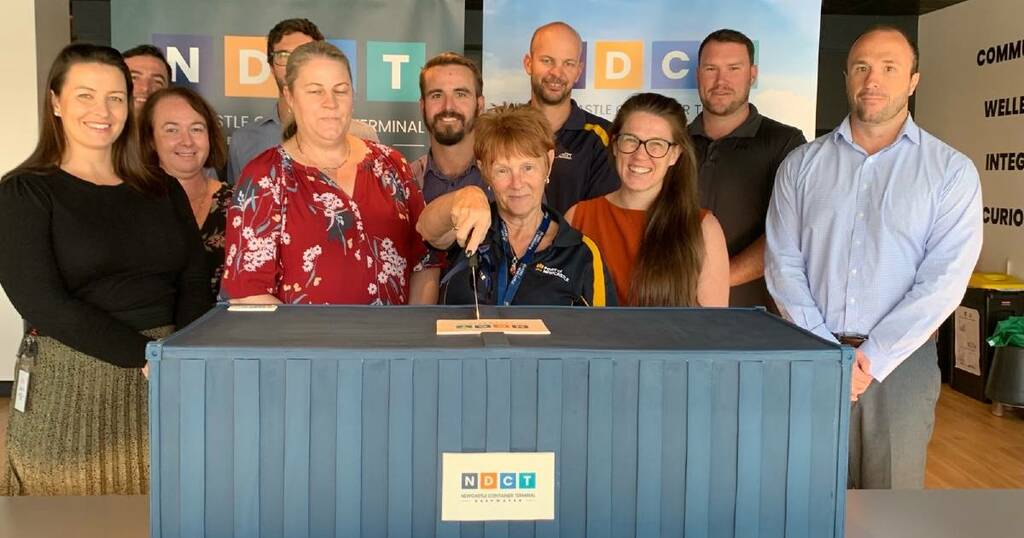 Newcastle Herald
One subscription that gives you access to news from hundreds of sites
The Herald's Opinion: Labor must resolve container terminal storm

THE HERALD'S OPINION: The foreign ownership issue needs resolving sooner rather than later.