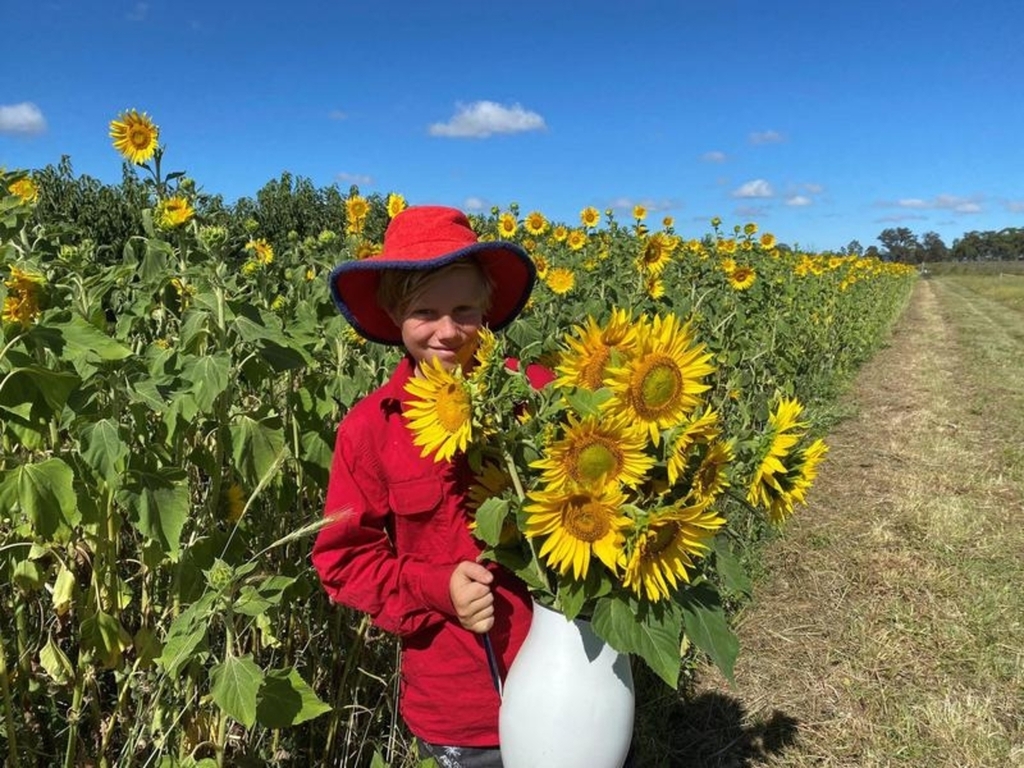 While many parents have been scrambling to keep the kids busy this school holidays, that has not been the case for the Roth household near Mudgee in NSW.

Three brothers - 10-year-old Viktor, Leo (12) and Christian (14) - were determined to make some pocket money this summer by selling sunflowers at their family's cherry orchard in the state's central west.

The flowers were originally planned to act as a barrier to stop visitors parking near the farm's cherry trees, as well as being a "bee pollinator strip".

"They've got to plough it up, lay out the irrigation and then the boys plant the seed by hand," said the boy's father Guy Roth.

Inspired by their parents' cherry picking operation the boys decided to start up their own project.

"We just water (the sunflowers), check up on them, weed them occasionally," 14-year-old Christian Roth told AAP.

Each of the boys had a role in developing the sunflower business, which welcomed 500 visitors to the farm between Christmas and the new year, with callers also able to pick end of season cherries.

Two of the brothers ran the cash register and assisted with the COVID-19 sign in, while the third would show people around the field.

The siblings also ran an online booking system for their operation.

The trio told AAP part of the motivation for their business was to buy things that their parents would not get them.

He said part of the work involved researching what other sunflower farms charged to work out their "own little deal".

The boys have earned about $5000 for their efforts, of which they will put half into their savings.

The 'boss' of the business, 12-year-old Leo Roth, told AAP "making the money" had been the best part.

But the project was not solely profit driven. The boys also donated several dozen of their flowers to the local hospital and retirement village in Mudgee, helping to brighten the residents' day.

"We had the sunflowers, so why not," Leo Roth said.

For the retirement village, the timing could not have been better, with the delivery arriving on the first day of a lockdown.

Among the paying customers at the Mudgee property were a mix of locals and visitors to the area, including a florist from England "who bought a heap", Guy Roth said.

The Roth brothers are now taking a well-earned break, but are hoping a "big buyer" might snap up the remainder of their crop.

They are also considering reopening for Australia Day - if the birds do not get to the flowers first.