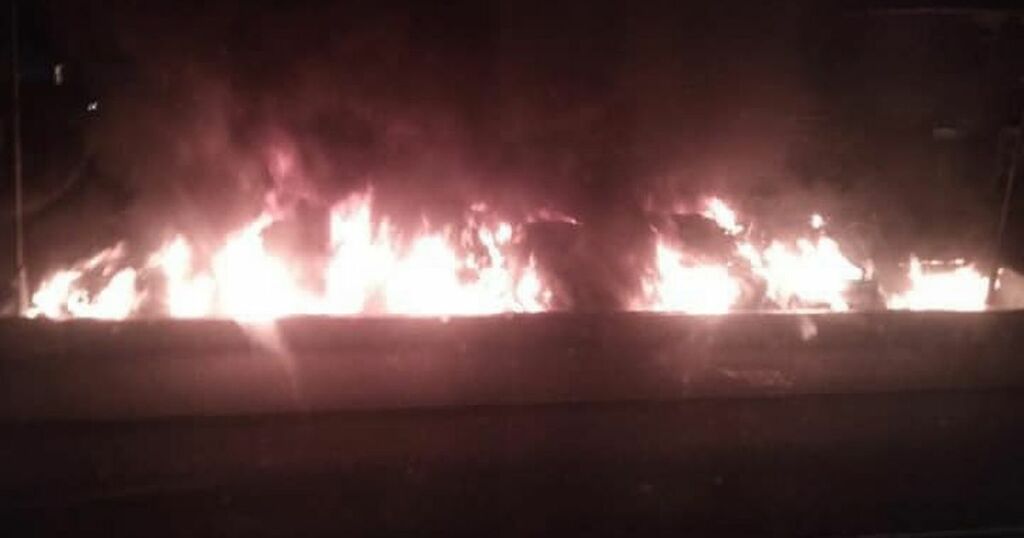 An investigation has been launched after a suspected arson attack at a garage in Sunderland.

Officers were called to a garage on Station Avenue, Hetton-le-Hole at around 12.45am on Tuesday morning following reports of a fire.

On arrival, officers found a number of vehicles parked on the forecourt were ablaze but thankfully nobody was injured.

Northumbria Police has since launched an investigation into the incident and is currently treating it as suspected arson.

Photos from the scene show a row of cars completely on fire while earlier today pictures showed charred remains of the vehicles while a cordon was erected around the damage.

Officers are now appealing for anyone with information to come forward.

A Northumbria Police spokesperson said: "Shortly before 12.45am today (Tuesday) we received a report of a fire at a garage on Station Avenue, Hetton-le-Hole.

"Emergency services attended and found a number of vehicles parked on the forecourt were ablaze. Thankfully nobody was injured.

"An investigation has been launched into the incident, which officers are treating as suspected arson. Anybody found to be responsible will be dealt with swiftly and robustly.

"Anyone with information about the incident is asked to contact police via the ‘Tell Us Something’ page of our website or by calling 101 quoting log NP-20210914-0028."

A spokesperson for Tyne and Wear Fire and Rescue Service said: "We can confirm that in the early hours of Tuesday, September 14 at 00:44, three TWFRS crews from Washington, Rainton Bridge and Farringdon Community Fire Stations were in attendance of a fire located at a commercial premises on Station Road in Hetton-le-Hole.

"The firefighters extinguished the fire, which seriously damaged a number of vehicles – Northumbria Police were also in attendance.