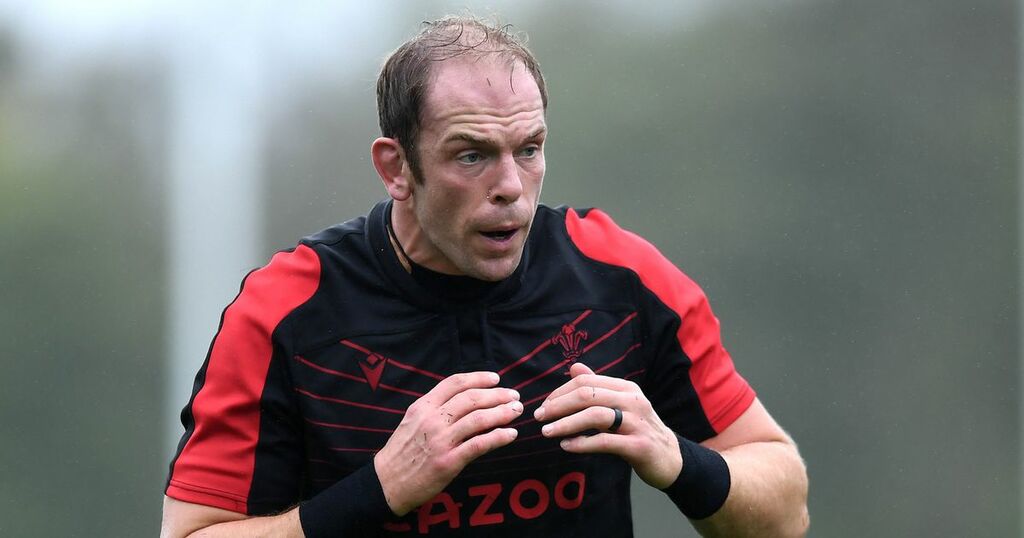 Here are the latest rugby headlines on Sunday, January 9.

Wales and Lions skipper Alun Wyn Jones is ready to lead his country into next year's World Cup after putting pen to paper on a new Ospreys deal, according to reports.

The Mail claim the 36-year-old second row veteran has agreed a one-year extension to his Ospreys contract.

If so, it means Jones can target the 2023 World Cup in France, his fifth appearance at the biggest rugby tournament on earth.

The Ospreys hinted during the week they expect Jones to commit to Welsh rugby, despite previous talk of a lucrative move to Japan.

However, the Mail reckon the deal is done, in what would be a huge boost to Wayne Pivac and his Wales team.

Welsh rugby’s rock of ages penned a single-year extension to his deal with the Welsh Rugby Union and the Ospreys last April and it appears he has done the same again.

However, Jones is set to miss the Six Nations, because of a shoulder injury that has required surgery twice.

He is expected to make a full recovery and lead Wales towards the World Cup next year, but in his current absence Pivac must decide upon a new Wales captain for the upcoming tournament.

Wales kick off the defence of their title away to Ireland in less than a month's time and Pivac appears to have five options as skipper - Justin Tipuric, Jonathan Davies, Ken Owens, Ellis Jenkins or Dan Biggar.

Form and fitness leading up to the Dublin clash will be key to who gets the nod.

Wales fly-half Rhys Patchell is said to be on Bath's radar.

Bath are looking to reshape their squad ahead of the 2022-23 season, with Taulupe Faletau leaving for Cardiff and fellow Lion Anthony Watson also possibly on his way out.

Former England star Danny Cipriani is out of contract at the Rec this summer and Bath director of rugby Stuart Hooper is understood to be eyeing Patchell as a potential replacement.

Cipriani, 34, is yet to show his full potential at Bath and the West Country side, bottom of the English Premiership table, regard Patchell as the man who can help revive their fortunes.

Patchell made his Wales debut nine years ago, but has found himself out of the Test picture for differing reasons.

He faces competition for the coveted Wales No.10 jersey from Dan Biggar, Gareth Anscombe, Callum Sheedy, Jarrod Evans and Rhys Priestland, who has returned to Welsh rugby from Bath.

The fact Patchell is unlikely to miss large swathes of the club season on international duty is said to make him an attractive option for Bath.

Wales and Cardiff back-rower James Botham has thanked supporters for their concern after he was stretchered from the field on a buggy following a head knock on Saturday against Edinburgh.

The 23-year-old No. 8 took a bang to the head from Edinburgh replacement hooker Dave Cherry at a ruck around the 56-minute mark. He received oxygen and play was halted for several minutes while medics attended to him.

In a post-match update, Botham said: "I've had all the relevant investigations and have been cleared to travel home with the team. I couldn’t thank Edinburgh [and] NHS Lothian enough for all care."

He added: "Thank you to everyone for the messages it means a lot."

Northampton boss Chris Boyd talked up Dan Biggar's performance after the fly-half kicked 17 points and steered his side to a crushing 44-8 win away at Newcastle.

The result means Biggar and his team are just three points off the Premiership's top four and director of rugby Boyd was thrilled with their performance.

"You can look across the team and you see the quality that we have in positions; Dan (Biggar) has kicked extremely well and that kind of gives you the platform to play your own game," said Boyd.

Cardiff boss - 'We have to be better'

Cardiff boss David Young has told his players not to start feeling sorry for themselves after their thrashing by Edinburgh and to seek an instant upturn in their fortunes.

Cardiff crashed 34-10 after being outclassed in every area, the hosts running in five tries.

It was Cardiff's first league match in two months and Young says they have to bounce back with European games looming against Harlequins and Toulouse.

“Of course it’s disappointing, but we’ve got to be honest and take it on the chin,” said Young.

“We can offer excuses in the fact we haven’t played for a while, but they would just be excuses. We weren’t good enough and were beaten by a better team.

“We have to dust ourselves off and try to put it right next week. We haven’t got time to feel sorry for ourselves.

“We need to bounce back, we’ll stick together and we have to be better in the next game."