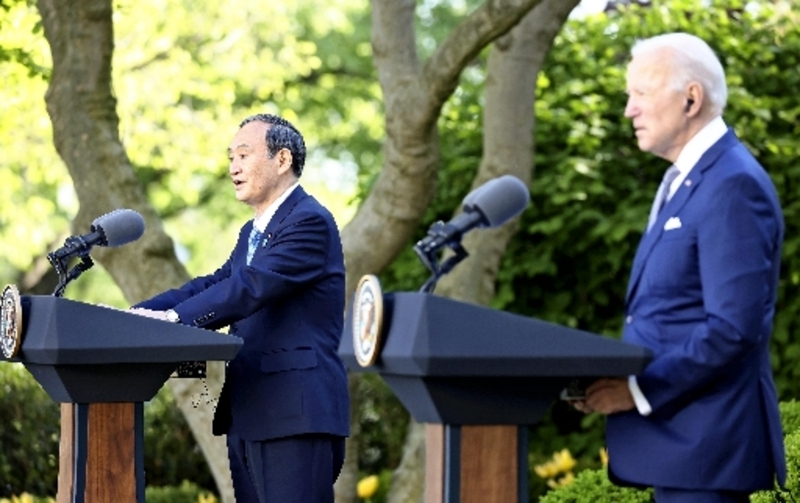 Prime Minister Yoshihide Suga is making arrangements to meet with U.S. President Joe Biden in the United States late this month, according to sources.

Tokyo and Washington are also considering holding the first face-to-face summit meeting of the Quad, a cooperation framework of four nations that also includes India and Australia, during Suga's stay in the United States.

In his meeting with Biden, Suga is likely to explain directly to the president about his intention to step down as prime minister, and the Japanese government's aim to strengthen the Japan-U.S. alliance under the next prime minister as well.

Regarding Japan's pending budgetary allocation for the host-nation support provided to U.S. forces in Japan, known as the "sympathy budget," the Biden administration has accepted Japan's assertions and has not changed the United States' demands for how much Japan must pay.

Biden also supported holding the Tokyo Olympics and Paralympics amid the novel coronavirus pandemic. Suga is expected to express his thanks for Biden's cooperation in that regard.

During their summit meeting, the leaders of the Quad's four nations are likely to confirm that they will strengthen their cooperation framework toward the realization of a "free and open Indo-Pacific," a vision that Japan advocates.