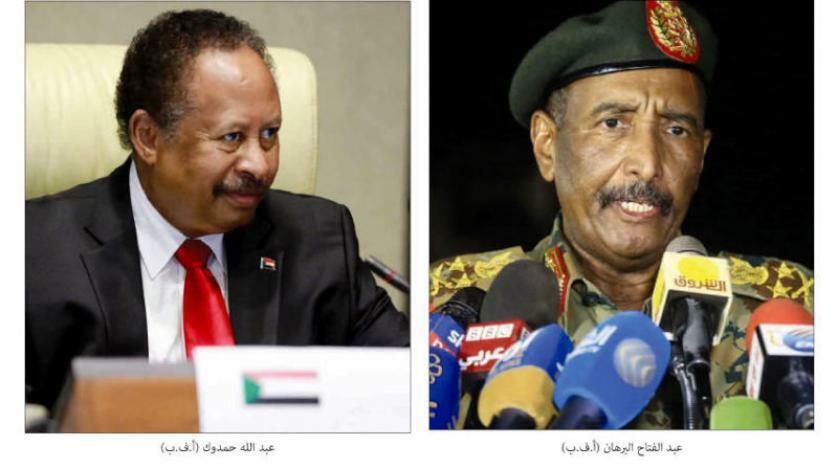 Chairman of the Sovereignty Council of Sudan Abdel Fattah al-Burhan has waged a new escalatory campaign against civilians in the political partnership ruling the North African state through its transition period.

Burhan rejected the idea of continuing cooperation with civilians under what he labeled as the “old” partnership framework. Openly calling for dissolving the government headed by Prime Minister Abdalla Hamdok, Burhan underlined the need for assembling a new cabinet that enjoys broad participation and ensures resolving the current political deadlock and overcoming the legislative crisis in the country.

After a few days of relative calm between civil and military ruling authorities in Sudan, aggressive tones returned to the scene as the military disregarded Hamdok’s efforts to get the country out of the impasse it had been experiencing since the failed coup attempt last month.

The foiled insurgency had resulted in an “undeclared freeze” of mechanisms in the partnership between the two ruling authorities.

According to Asharq news channel, Burhan told soldiers at Khartoum’s Bahri Military District that any political solution for Sudan needs to first start with “dissolving the current government and expanding the overall political base of the parties participating in the transition government.”

Burhan also called for the formation of a legislative council that represents all the people, “except for the National Congress,” which was the ruling party under the former regime of Omar al-Bashir.

Speaking on Monday, in front of officers and soldiers and in the presence of a number of army commanders, Burhan said that the armed forces would protect the transitional period until free and fair elections are reached in which the Sudanese people choose who governs them.

Sudan has been experiencing a political crisis between the civilian and military partners of the transitional phase. This crisis was triggered by a failed coup attempt organized by officers in the armed forces on September 21.