Thousands of citizens protested in Khartoum on Monday denouncing the violence during Omdurman's rallies a day before that left a protester shot dead with live bullets and dozens injured.

The protesters demanded accountability for those involved in the killing of peaceful civilians in the rallies that have taken place in the country since last October.

Security forces and police used tear gas and stun grenades to disperse the protesters who used barricades to protect the march and prevent the security forces from advancing.

The Bahri Resistance Committees organized a large march from the al-Moassas area across the Shambat bridge to Martyr Abdel Azim Street to participate in the million-march, expressing their solidarity with Omdurman civilians against police brutality.

The protesters chanted against the military coup, calling for civilian authorities and returning to the democratic transition path through a civilian-led government.

Thousands gathered in a massive protest in eastern Khartoum and marched from the neighborhoods to al-Mashtal Street.

The Central Committee of Sudanese Doctors (CCSD), a non-governmental organization, accused the Sudanese security services of using lethal force against peaceful protests, including killing one person and injuring dozens.

The Committee also accused security forces of obstructing roads and preventing the injured from arriving at hospitals to receive aid, putting some at risk.

In its report on the events of Omdurman, CCSD stated that about 77 people were injured, including three shot with live bullets and 53 with scattered shells. Many protesters were wounded by tear gas canisters and hard objects.

Meanwhile, the Trilateral Mechanism announced its deep concerns about the continued use of excessive forces in protests.

In a statement Sunday, the Trilateral Mechanism warned against the use of excessive force by the Sudanese security forces against peaceful protests and called for credible investigations into the violence.

"The Trilateral Mechanism has consistently called on authorities to stop the violence, release all detainees including members and leaders of resistance committees, stop all arrests, and lift the State of Emergency. Credible investigations of all incidents of violence must also be carried out,” the statement said.

"Creating these conducive conditions are critical for the success of the political process and must be done as a matter of urgency."

In conclusion, the Mechanism, "as facilitators of intra-Sudanese talks, reiterates its readiness to support Sudanese efforts to reach a political solution as soon as possible leading to a return to constitutional order and democratic transition."

More than 96 people were killed, and hundreds were injured during protests against the army's seizure of power in the country. 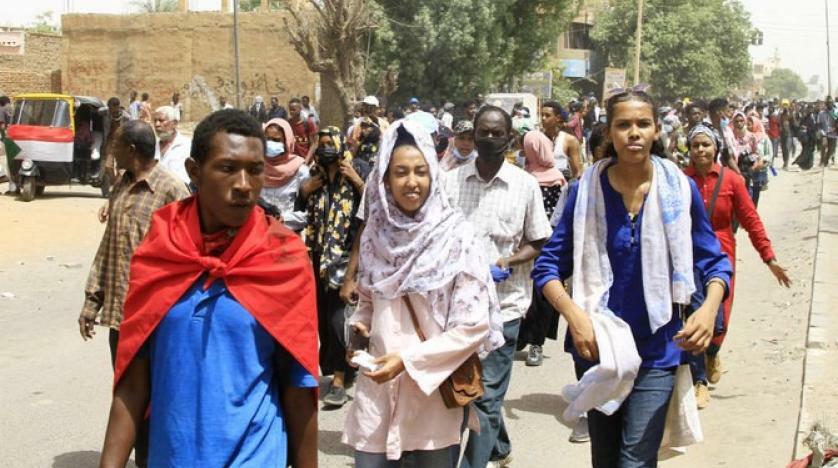 One Killed, Dozens Wounded in Sudan Protests
Sudanese security forces killed one protester on Saturday during renewed demonstrations against a military takeover that derailed a transition to…