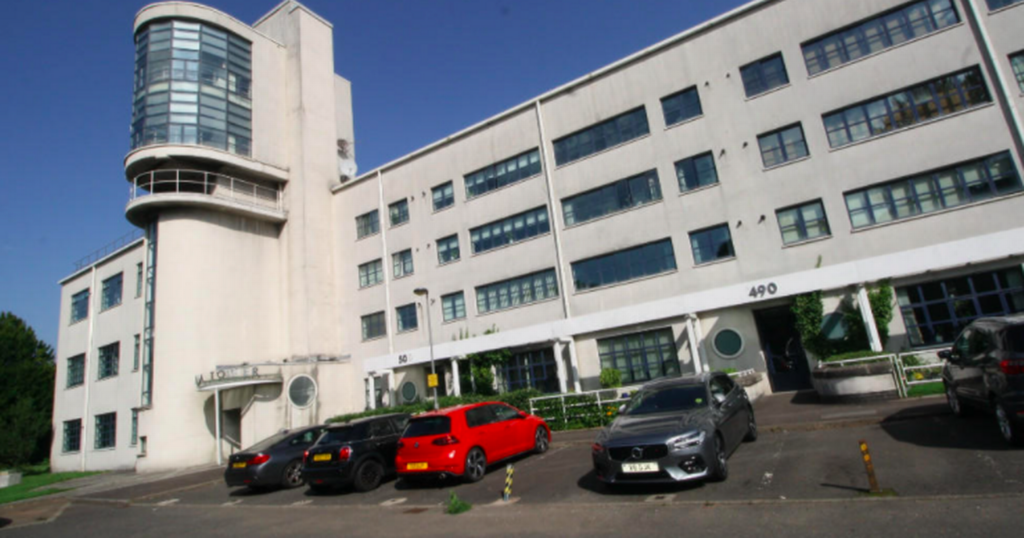 It's not often you get the chance to check out a home in an award-winning building.

But you can now take a look inside this mega-watt flat in the iconic Luma Tower on Shieldhall Road.

The converted former lightbulb factory is one of the few examples of modernist architecture in Glasgow - and we'd be happy living in the hallway of this iconic building, never mind the rest of it!

Far from your regular block of tenement flats, this place is filled with character and style that would be hard to find anywhere else.

The factory's design was Cornelius Armour's bright idea. Completed in 1938, it was used as the Glasgow HQ of the British Luma Co-operative Lamp Co, with it’s most distinctive feature being a bow-fronted glass tower staircase that, fittingly, looks like a gigantic lightbulb.

The tower was used to test the light bulbs, which illuminated the surrounding area so brightly that throughout the Second World War testing was suspended during blackout hours and the Royal Observer Corps used it as a lookout post.

It has been a Category B listed building since 1988 and the striking design has won a number of architectural awards.

The factory later has also been used as a caravan salesroom, with two caravans on display in the glass tower, and in 1996 it was converted into a residential property with fifty-four flats.

And when we heard one of those pads was up for sale, our interest was well and truly piqued.

This stylish two-bed includes a private garden for residents and gorgeous period details - just look at those iconic windows! Your pals certainly wouldn’t get lost on the way to your housewarming party.

Inside the flat boasts a generously-sized living room, modern kitchen and bathroom and two bedrooms with built in storage.

The place is in a prime location close to the Queen Elizabeth University Hospital and the M8 motorway, so it's perfect for those looking to commute.

It’s not exactly lacking in space or style - so you may be surprised to hear that it won’t break the bank.

Rightmove are marketing it at offers over £149,995 - which, while pricey, may be worth the cost of living in such a special building.

Excuse us a moment while we check our savings accounts …