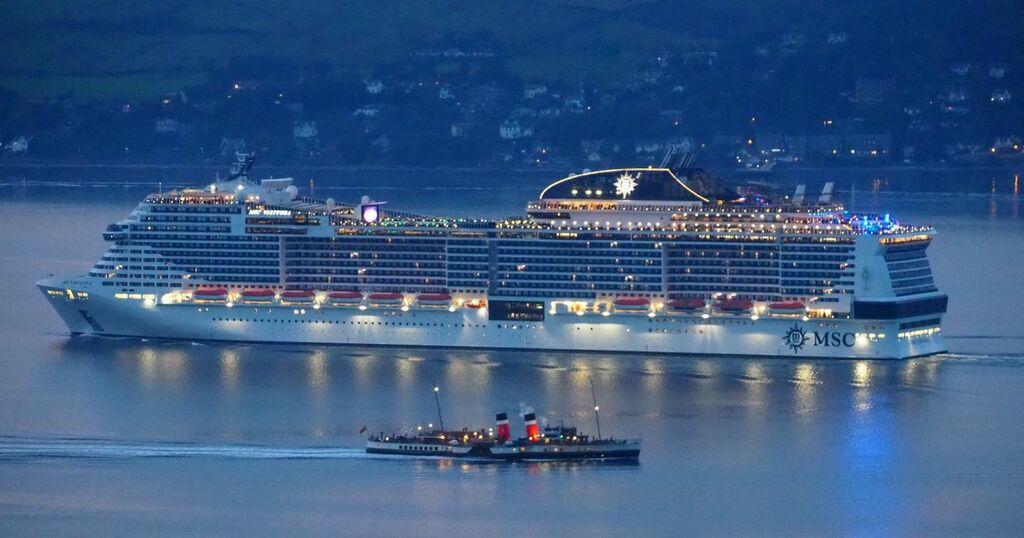 This stunning picture shows the historic Waverley Paddle Steamer dwarfed by a cruise ship as the two boats passed each other on the River Clyde.

The entrepreneur had planned to photograph the sunset, which he believes are the most astonishing he has seen in any country he has ever visited, but heard the sound of a horn and realised a massive cruise ship, MSC Virtuosa, was about to sail by.

When he glanced to his left, he saw the Waverley travelling down the Clyde, and waited until the moment the two boats passed each other.

Stephen, from Gourock, Inverclyde, said: "I've travelled all over the world and I don't think I've ever seen better sunsets, views and beaches than in the west coast of Scotland."

"On Thursday evening it was going to be a really nice sunset, I was going to go and get the view across Millport."

"At the last moment I decided to go up Lyle Hill.

"The sunsets are stunning, I was packing up my equipment and heard a horn go off."

"The cruise ship was just about to leave and I realised about ten or 15 minutes later it would be coming down the River Clyde.

"I looked to my left and saw the Waverley."

"If I sat for ten more minutes the two of them would pass each other."

"The way the light caught them you could see the contrast between old and new."

"The Waverley would have been seen as a significantly sized paddle steamer in it's day."

"You see it against a modern cruise ship and it's dwarfed."

"I took a picture where the cruise ship looks bigger than Gourock, it's like a floating town, a medium-sized town."