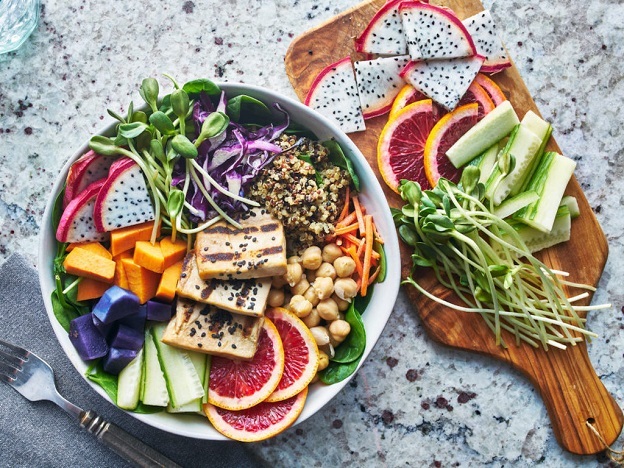 Washington [US]: Want to eat healthier but struggling with it? Well, according to a new Tulane University study, it may be easier than you think.
Americans who eat beef could slash their diet's carbon footprint as much as 48 per cent by swapping just one serving per day for a more planet-friendly alternative, according to the study.

The study has been published in 'The American Journal of Clinical Nutrition'. Using real-world data from a survey of what more than 16,000 Americans eat in an average day, researchers from Tulane University School of Public Health and Tropical Medicine and the University of Michigan calculated how much of a difference people could make if they swapped one high-impact food item for similar, more sustainable options.

They examined how the change would impact two metrics -- their daily diets' greenhouse gas emissions and water scarcity footprint, a measure of the irrigated water used to produce the foods they eat that takes into account regional variations in water scarcity.

The highest impact item in Americans' diet is beef and around 20 per cent of survey respondents ate at least one serving of it in a day. If they collectively swapped one serving of beef -- for example, choosing ground turkey instead of ground beef -- their diets' greenhouse gas emissions fell by an average of 48 per cent and water-use impact declined by 30 per cent.

"People can make a significant difference in their carbon footprint with very simple changes -- and the easiest one would be to substitute poultry for beef," said lead author Diego Rose, a professor of nutrition and food security at Tulane University's School of Public Health and Tropical Medicine.

The study also examined how the change would affect the overall environmental impact of all food consumption in the U.S. in a day -- including the 80 per cent of diets without any changes. If only the 20 per cent of Americans who ate beef in a day switched to something else for one meal, that would reduce the overall carbon footprint of all U.S. diets by 9.6 per cent and reduce water-use impacts by 5.9 per cent.

The greatest reduction in the water scarcity footprint came from replacing asparagus with peas, resulting in a 48 per cent decrease. Substituting peanuts in place of almonds decreased the water scarcity footprint by 30 per cent. Although individual substitutions were the focus of the study, Rose said that addressing climate change must involve more than singular actions.

"The changes needed to address our climate problems are major. They are needed across all sectors and along with all levels of human organization from international agencies to federal and state governments to communities and households," Rose said. "Many individuals feel strongly about this and wish to change our climate problem through direct actions that they can control. This, in turn, can change social norms about both the seriousness of the problem and the potential solutions that can address it. Our study provides evidence that even simple steps can assist in these efforts," Rose concluded. (ANI)