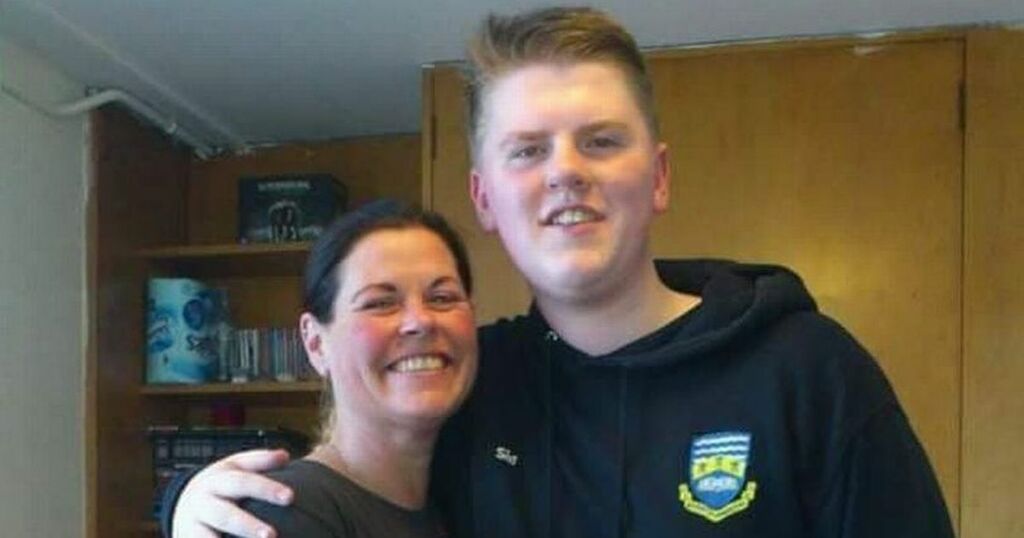 A university student took his own life after hearing voices which told him to hurt himself.

His mum Vicky says this happened after he began struggling with his mental health a year after moving off to university.

She says he was hearing voices which said his family would be killed if he didn't hurt himself.

Vicky, from the Wirral, has spoken out about the battle to get help for her son and described the 'devastating' impact his death has had on her family.

Leicestershire Live reports that Vicky hopes by sharing his heartbreaking story following World Suicide Prevention Day, she could help save another life.

She has also called for a more linked up approach to mental health care after receiving an apology in 2019 from Cheshire and Wirral Partnership NHS Foundation Trust for 'issues related to his care'.

Vicky said that Matt was a bright and happy teenager, excited at heading off to University in Leicester in 2013.

She said: "He became poorly in early 2014, he was hearing voices, a shape, and it was telling him it was going to kill his family if he didn't hurt himself, so he started self harming.

"It was quite prolific and he lost a really big amount of weight."

Vicky said it was at that point she took Matthew to his family GP, who she says was 'amazing' and he was referred for Wirral mental health services who met with Matt for 'no more than 25 minutes'.

She said that, keen to continue his studies, he returned to Leicester in 2014 and when he came back for the summer break he seemed to have settled down.

Vicky said: "We'd obviously been in contact and he'd been told to contact services in Leicester if he needed them.

"Everything seemed to have slightly settled but he had lost a lot of weight and he wasn't sleeping well.

"He was very studious and wanted to get good grades and went back to university in the September.

"It was probably a couple of weeks later he made his first suicide attempt and was admitted to hospital in Leicester."

Vicky says Matthew made two further suicide attempts, one in Leicester and one back home on Wirral before he committed suicide at his home in April 2015.

She said: "The longest appointment he ever had with Wirral mental health services was an hour, the shortest 25 minutes.

"He had three in total, made three suicide attempts, two in Leicester, each was more thought out, more planned.

"After his second attempt he had to quit uni, and back home Wirral mental health services said he didn't have an illness at all, they were saying he was stressed or didn't know how to deal with his emotions and they didn't class them as suicide attempts but as self harm.

"In December 2014 he made another attempt at his nan's house. There was something he'd tried to encrypt on the Internet and thought it wouldn't get picked up but it did and a friend called the police.

"The police broke my front door down thinking he was here - those officers saved his life.

"He was admitted to a general ward and the next day we had a meeting.

"We asked for him to be sectioned but they said said he doesn't have a mental illness and they later discharged him.

"They gave him six courses of CBT therapy, gave him worksheets and told him to do them at home.

"We later found them all scrumpled up."

Vicky said in February 2015 she had felt he was 'planning something again' and went again to the family GP who made a referral to Wirral mental health, but she was unable to secure a psychiatrist appointment for Matthew.

She said: "They kept telling him he wasn't ill, they said that I was anxious."

She added: "It was a four year legal battle after Matthew died for them to acknowledge schizophrenia, which was diagnosed post death.

"The impact on our family has been devastating.

"I just want to make sure that no other family goes through what we did. If I can save one person by raising awareness then it would feel like something positive came out of his death.

"I also wanted people to know he bucked the trend, and its particularly aimed towards men, the biggest killer, they don't ask for help but Matthew did, he asked quite a bit.

"I'd like to make the services come together a bit more and communicate a bit more, to link up.

"I just never want anyone to go through what Matt went through those 12 months, he must have been through agony."

Vicky and supporters of the family have helped raise thousands of pounds since Matthew's death for mental health charities the Samaritans and Mind.

She said: "Since his death I like to raise awareness and try to get people to access support. I want people to know go where you can to get the help that is there - the Samaritans and Mind are fantastic, we've raised a lot of money in his name that has gone towards the charity to help.

"I've tried to highlight as much as I can, if I can just save one child, one teenager - to not let him die in vain."

"The trust acknowledge and have offered our sincere apologies for the issues relating to Matthew’s care. Action has been taken to address all concerns raised, such that improvements have been made.”

Anyone can call the Samaritans free of charge on 116 123.