Student, 21, killed himself at hospital after being unsure over becoming a doctor 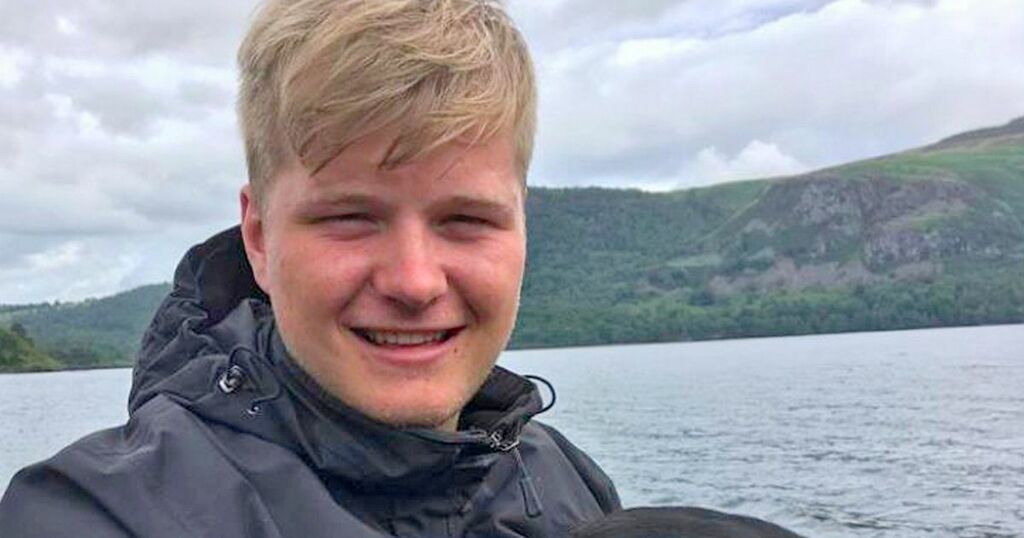 A bright university medical student hanged himself while on placement at a hospital after becoming uncertain whether he wanted to be a doctor, an inquest heard.

Matthew Ward, who suffered from depression, was "worried" about being away from his support network on the placement and tragically took his own life the first time he was alone there.

The University of Bristol student sought to reassure his family and university about his mental health issues but his mum said "he was sadly very good at hiding how he really felt".

The 21 year old was found hanged just before 10pm on October 18, 2020, in his room at staff accommodation at Great Western Hospital, Swindon.

The third-year medicine student was stressed at the start of the year over whether to defer for a year due to his mental health.

After spending time in September 2020 with his support network of close friends who he lived with in Bristol, he was "cheerful" and decided to continue with the year and went on his placement.

But when his Bristol flatmate had to isolate due to Covid-19, Matthew was faced with spending the weekend alone at his hospital accommodation and hanged himself.

The keen guitarist left handwritten notes for parents Alistair and Erica Ward, telling them he has "loved them the entirety of his life", as well as handwritten poems.

At Salisbury Coroner's Court his family said in a statement: "Despite being a strapping lad, Matthew was deeply sensitive and took disappointment badly."

The inquest also heard "he was a high achiever who put great pressure on himself".

He had been prescribed anti-depressants following a diagnosis of depression and Matthew had regular check-ups with student health services.

He had low moods, anxiety, spent long periods of time in bed, had little energy, and put on more than four stone at university.

Dr Nicola Taylor, senior lecturer at the university's medical school, spoke to him about deferring for a year but Matthew chose to stay on.

Dr Taylor said: "He felt overwhelmed... He was not sure whether he wanted to be a doctor.

"There was no indication he wanted to take his own life, if I had concerns that he was suicidal I would have taken steps."

His family visited him in Bristol to celebrate his birthday late in September, just a few weeks before his death.

"We parted and told him we love him and that was the last time we saw him", the family said.

When Matthew was facing his first weekend alone, his parents said he could stay at home with them in Lincoln but Matthew turned them down because he was due to see them the following two weekends.

He told his parents: "Don't be silly, I can't see you three weekends in a row." His family said: "It would seem at that stage Matthew had made his mind up to take his own life."

Matthew previously reported "suicidal ideations" to student health services and in the weeks before his death reported feeling "worthless", "finding university stressful" and was "worried about living away from his support network".

Two university mental health care workers said they were "not concerned about significant risk" and Matthew was "lively to talk to".

However, his mother told the inquest her son hid the extent of his problems.

Mrs Ward said: "He was sadly very good at hiding how he really felt. There must have been times he was hiding them from us as well."

She also spoke of her regret and said the pandemic worsened things.

She said: "Matthew said in non-Covid times the [hospital placement] would be social, but because of Covid it was limited and there was nothing to do.

"I was concerned about him but I didn't do anything about that apart from talk to him and I have lots of what-ifs, what if we did more?

"Covid was not the reason he took his life but it didn't help, the social isolation didn't help.

"I don't think he liked having to stay overnight away from his support network in Bristol."

Medical student Aidan Warren, also on the placement, said in the days before his death he and Matthew played guitar together and they agreed to do it again but he felt Matthew "was talking through his teeth" and didn't mean it.