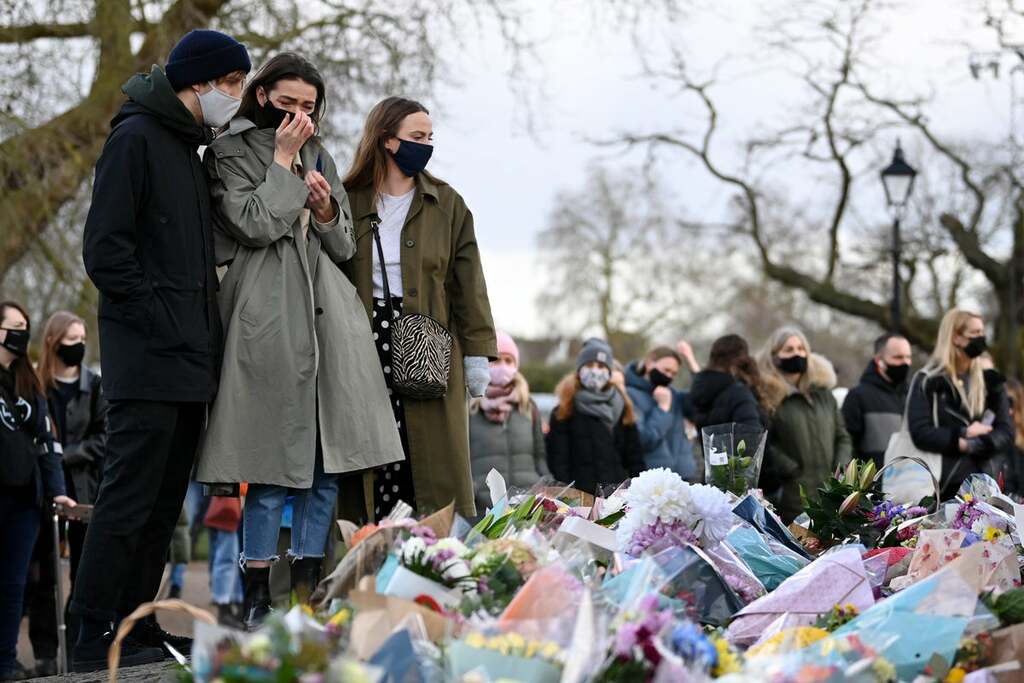 The killings of dozens of women this year, including Sarah Everard and Sabina Nessa, have laid bare many women's worst fears.

Attacked when merely walking short distances in public, their deaths exposed the inescapable threat of male violence, highlighted the futility of the autopilot rituals (keys in hand, glances over the shoulder) we take for granted that we must perform, and have confirmed a stark reality – being a woman in public is like being a cat in a lion’s cage. While most lions will ignore the other animal, there is no way of confirming that they will, and if they do choose to strike – that’s that.

Edinburgh-based organisation Strut Safe, founded by Alice Jackson, 21, and Rachel Chung, 27, hopes to abate these fears by sending volunteers to walk people who feel unsafe home, and by providing company over the phone to those who need a friendly ear on their travels.

The service started in the wake of Everard’s brutal murder in March 2021, before full details of how Wayne Couzens abused his police powers to abduct, rape and murder her emerged, Alice says in an interview with indy100.

“The idea of ‘she was just walking home’ was, I think, a very prominent idea,” she explains.

“So many of us don’t always feel safe when walking home so we basically decided that we wanted to put something structurally and tangible in place that anybody could call.”

While women often ask friends to text them when they return home, “sometimes that only extends to your friendship group” and not everyone has someone to get in touch with.

“We wanted to be the universal number for people to get in touch with if they feel unsafe walking home,” she says.

Those that use the services – and what they want from it – varies and Alice says Strut Safe receives calls from people from across the country, from London to the North East, who are walking home from nights out, leaving work, or leaving a friend’s houses. Ultimately, they talk to “anyone who is walking at night and feels at risk,” she says.

Some callers want “a gossip” about their day, while others can be “really upset” and request advice.

Likewise, those volunteering for the service vary. “When we started it was all our friends,” Alice says, but thanks to social media “word spread pretty quickly through Edinburgh” and now they are staffed by everyone from local students to married couples.

But amid criticism of the police after a serving officer (Couzens) who exhibited multiple warning signs was able to stay on the force and go on to commit the heinous crimes against Everard in March, how can people feel safe in the presence of volunteers?

Alice says Strut Safe carries out substantial background checks and vets all their volunteers, ensures they adhere to a code of conduct and trains them with help from other charities who have worked in similar fields.

The volunteers themselves work in pairs and stay in contact with what they call the central dispatcher “at all times” to ensure they too are looked after.

“We take a lot of pride and place a lot of importance in making sure that people that volunteer with us understand the mission of what we are doing,” Alice says.

“We want to ensure people have a lot of faith in the service.”

With “hundreds” of people now using it and their phone lines getting “a call a minute”, it seems people do indeed have faith in the service. But regardless, recent cases have shown safety measures are not always enough to stop a women becoming the victim of violent crime. Is the service doing anything more than providing false reassurance to women?

“The view we take is if we’re there on the phone with you, we’re there with you in live time so if something did happen we are going to be able to alert the authorities,” Alice says.

She adds that while the service has “fortunately” never been in a position where they’ve had to escalate a call “we know what to do if something does go wrong.”

“We’re doing what they can. I hope people feel reassured by us but we don’t demand that,” she says.

For now, the service runs on Friday and Saturday nights between 7pm and 3am, and Sunday nights from 7pm to 1am, but Alice hopes to expand it in the future.

“We want to be available every night and we want to have branches across the UK. That’s the big end goal, it will probably take us a while to get there,” she says.

And that expansion may be sooner than they expect as Alice says social media and word of mouth has massively expanded awareness of the service, and even Love Island stars and Girls Aloud star Nadine Coyle has plugged them on social media. At the time of writing, they have 56,800 followers on Instagram.

Whether they expand or not, if Strut Safe can continue helping women feel at ease in a dangerous world, then they are already making a massive contribution to society.

Trump ridiculed for saying the US withdrew from Pakistan, not Afghanistan

In Pictures: Alpacas ensure turkeys are safe – at least until Christmas