By by Judd Boaz 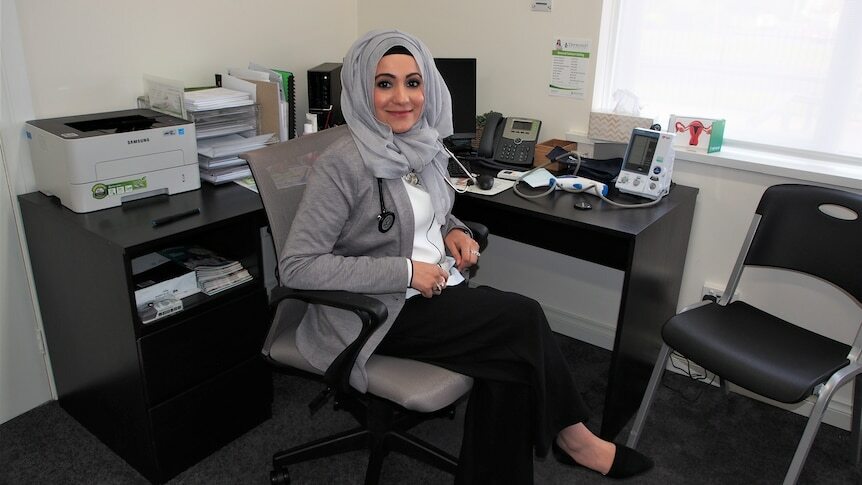 To give a sense of the difficulties of living in a COVID-9 hotspot, Campbellfield doctor Umber Rind shared her experience of trying to pick up basic groceries.

"I had to go to the chemist to get something for my son yesterday. But the local chemist closed down. So we went to another one. That one was also shut with COVID-19 exposure," she said.

"It's really hard to now even just find little things like that which we took for granted before."

Melbourne's northern suburbs have become a main battleground in the latest outbreak.

Two-thirds of Sunday's 392 cases can be traced back to the north, with the vast majority in Hume, Moreland and Whittlesea.

With an ever-growing list of exposure sites dotting the suburbs, anxiety has started to creep into daily life for some residents.

Dr Rind herself has just completed a two-week period of isolation, after her New Leaf Medical Clinic on Sydney Road was deemed a tier 1 exposure site.

She said the latest outbreak centring on her suburb had made COVID-19 a reality for many of her friends and neighbours.

Dr Rind said a recent change in mindset within her local community was clear from reading online forums and social media groups.

"You can see now people are recognising that it's real and those who thought it wasn't real or had this idea that it was all a conspiracy are now unfortunately experiencing it with infections within their family."

The diagnosis came as a total surprise, bringing the reality of the pandemic crashing down on their family home.

"I still can't believe that we actually got it," Lorrae said.

"You think you're invincible, you're not going to get it. But we got it," Mr Jones said.

With multiple underlying health conditions, including having had a quadruple heart bypass, Mr Jones thought the diagnosis might have been fatal.

Mr Jones admitted some residents in his neighbourhood were not adhering to public health orders as diligently as they should be.

"When I just walk around the shops up here, people are not wearing masks, which is more the younger generation not the older ones," he said.

"Congregating, like they're having a coffee, masks down and talking to each other. They're just not obviously listening or they don't know."

The Victorian government is now committing to establishing pop-up vaccination clinics in 100 priority postcodes that have high case numbers.

"Postcodes where there are case numbers, postcodes where … perhaps not enough people have been through the vaccination program," Premier Daniel Andrews said yesterday.

"They will be in areas that need it the most, so where the outbreak, where cases are, and where cases are potentially growing, so in Hume, Dandenong and Casey."

Worryingly, the latter two council areas are in Melbourne's south-east.

Meanwhile, the federal Health Minister Greg Hunt said the federal government would parachute 417,219 doses into Victoria in an attempt to stem the flow of the virus.

"I am very pleased both with my national role but, as a Victorian, that we've been able to respond to and exceed the Victorian government's requests," Mr Hunt said.

"This blitz [involving] GPs, pharmacies and state [vaccination sites], will focus in particular on the north and west of Melbourne, where we are seeing similar challenges to those faced in Sydney."

The blitz will include 180,786 Moderna doses "over and above" what would otherwise have been received by Victoria.

Residents and community leaders in the north of Melbourne have applauded the initiatives.

According to Dr Rind, the new doses are critically needed at her practice.

"I think it's a much-needed lifeline. We needed easily accessible vaccination hubs or points for people," she said.

Dr Rind said the long wait times for Pfizer had slowed the vaccination rollout in her local area.

"Many GP clinics, such as my own, even though we requested Pfizer early, we still haven't received it," she said.

"Pop-up clinics that are at least offering that are definitely needed, because we have definitely seen a change in attitude towards the vaccine, where people who were hesitant are now, after seeing that [COVID-19 is] real, going and getting vaccinated."

Community leaders have echoed Dr Rind's thoughts, saying their neighbourhoods are desperate to be vaccinated.

Dalal Sleiman is the president of Australian Chaldean Family Welfare, a not-for-profit organisation that supports Chaldean and Arabic speaking communities across Melbourne.

AFCW has spent much of the outbreak making video recordings in Chaldean, Assyrian and Arabic for social media, providing vaccination information to residents living in areas affected by the outbreak.

Ms Sleiman explained that, while a language barrier had slowed vaccine uptake in some areas, the community was overjoyed at the announcement.

"We are very happy about it. Most of [the community] are bilingual speakers but, unfortunately, they don't speak English," Ms Sleiman said.

"In terms of coming and making an appointment, it makes it really hard for them.

"When the hub opened at Campbellfield, we made a few appointments for people," she said.

"They are all very eager to get vaccinated. They can hardly wait for their turn to come."

According to the federal government, the 400,000 additional doses will be sent to Victoria this month.