Strong winds in the South Island cause havoc as trucks blown off roads, roofing iron lifts 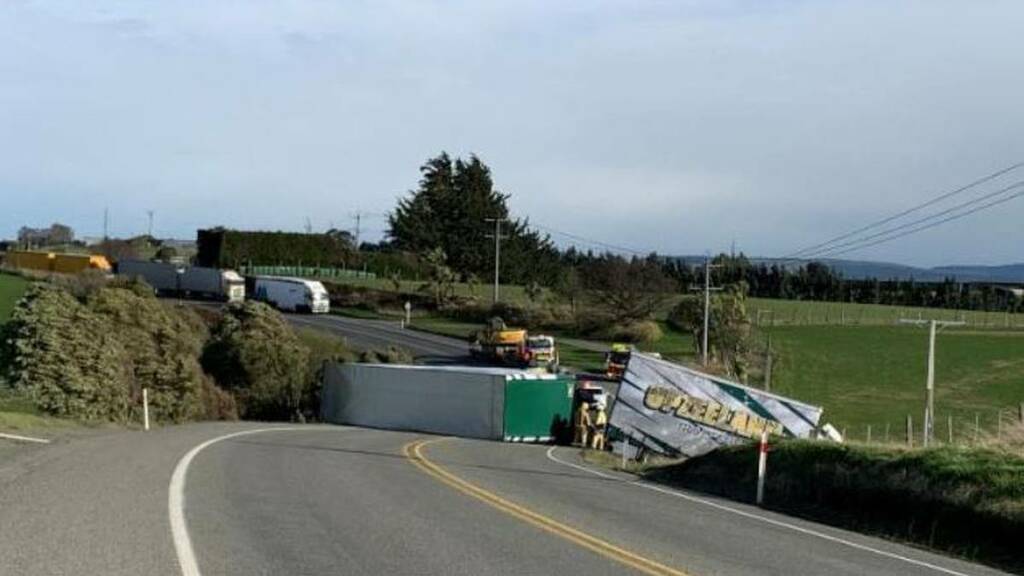 Two trucks have come off the road and roofing iron has been sent flying as strong winds wreak havoc throughout the South.

Police are urging drivers to be cautious after two truck and trailer units ended up coming off the road due to severe winds.

A police spokeswoman said the first happened on the Milton Highway at 3.30pm where a truck and trailer were blown over, completely blocking the road.

"There were no injuries but the driver was understandably quite shaken."

The second happened on McRaes Rd at 4.40pm this afternoon where the road became blocked when another truck and trailer rolled, she said.

No-one was injured in this crash either.

Police advise those with high-sided vehicles to take care on the roads.

Gormack St tenant Kerry Young said sheets of iron from her roof began landing noisily in her garden during a northwest gale about 2.45pm.

She said the sheets were accompanied by concrete breeze blocks, which had been used to anchor the long-run over the existing roof.
She contacted emergency services, and Balclutha firefighters and police arrived shortly after, working to remove and secure the loose sheets.

Mrs Young, a full-time mother to three primary-age children, said she was relieved the incident had not occurred during the recent lockdown.

''It could have been much worse if the kids were home and playing outside. It was just flying everywhere and made a terrible noise.''

A neighbour said she had alerted the property's landlord to issues with the roofing about a year ago, following similar high winds.

MetService has a strong wind warning in place for Otago and Southland.

Severe northwest gales are expected for many exposed parts of the South Island, especially in the east where damaging gusts of up to 120km/h are possible about Canterbury High Canterbury tonight and early Friday morning.

"Strong wind gusts could damage trees, powerlines and unsecured structures. Driving may be hazardous, especially for high-sided vehicles and motorcycles."