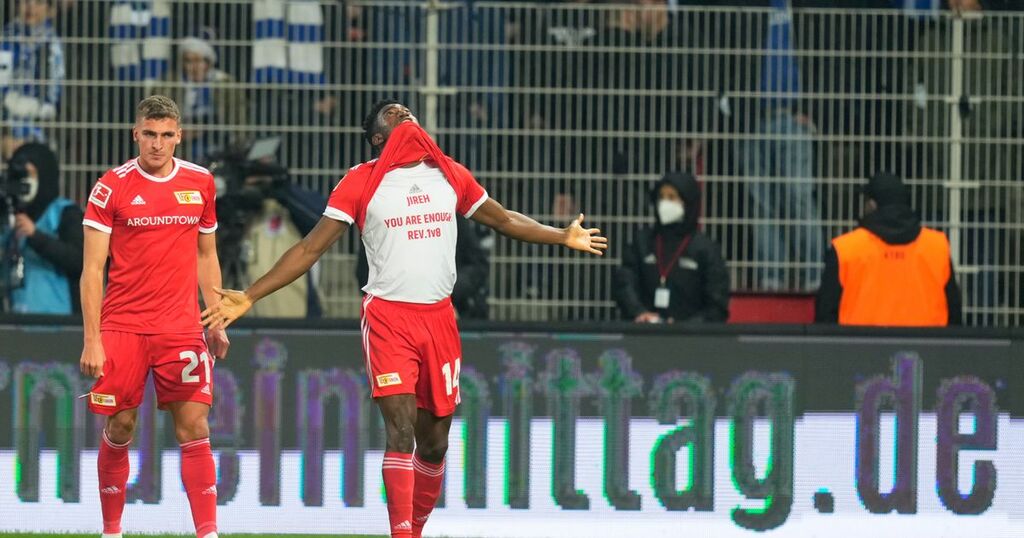 The Reds offloaded Harry Wilson and Marko Grujic in the summer, both of whom had both spent time away from the club on loan but failed to return to Anfield as part of Jurgen Klopp's plans.

Another individual allowed to leave on a permanent basis was striker Taiwo Awoniyi, who failed to make a single appearance for Liverpool despite joining in 2015.

Unable to secure a UK work permit for the Nigerian forward up until May of this year, the 24-year-old was loaned out seven times before being given the green-light to depart for a fee worth £6.5million.

Awoniyi's final season out on loan had been at Bundesliga side Union Berlin, which saw him score five goals in 21 appearances last campaign and help the club to a seventh-placed finish in what was only their second-ever season in the German first division.

Impressed by the impact he made, Union Berlin fought off competition from the likes of Fulham and West Brom to secure the services of Awoniyi and bring to an end any hopes of a career being forged at Anfield.

His decision to leave Liverpool in the summer has been an inspired choice, with both Awoniyi and Union Berlin flying in the Bundesliga this season.

Currently positioned fifth in the German top-flight, the eight league goals of the former Liverpool forward have helped Die Eisernen to a strong start.

Only Erling Haaland (9) and Robert Lewandowski (14) have scored more than Awoniyi this season, highlighting just how prolific he has been in the final third this term.

READ MORE: 'Everyone was unhappy with it' - Trent makes Liverpool claim after Arsenal 'retaliation'

His latest goal for the club came in a 2-0 derby win versus Hertha Berlin at the weekend as his remarkable journey as a professional took another twist.

Opening up on his decision to return to his current employers in the summer transfer window in a recent interview with ESPN, the Nigerian international explained how a conversation with Klopp helped make up his mind.

"He told me, it's a good step for me. The most important thing is once you realise that a club wants you as a player and as a man, it's a good move," he said.

"It was a statement I learned from. The most important thing is you are welcome where you are going.

"I think that feeling appreciated is the most important thing. You feel good, you don't feel far from home and you feel welcomed. That's the key. That's what's helping me keep going.

"I felt this was a place I'd been before - I know how much they love me, look after me, even when I wasn't their player. I saw this as my best chance, at this point and age in my career."

Despite not being given the chance to shine at Liverpool, Awoniyi has no regrets about signing for the Reds and received support from a number of first-team players.

He said: "It was still one of the greatest things in my life, signing for that club.

"Sadio was always telling me things about life. Previously, I always looked at him from afar, but as I got closer, everything they say about him is true.

"It's the same with Mohamed Salah and Naby Keita. They are so down to earth, laughing and chilling with you. That tells you, regardless of their achievements, you just have to stay humble, stay grounded and on your feet.