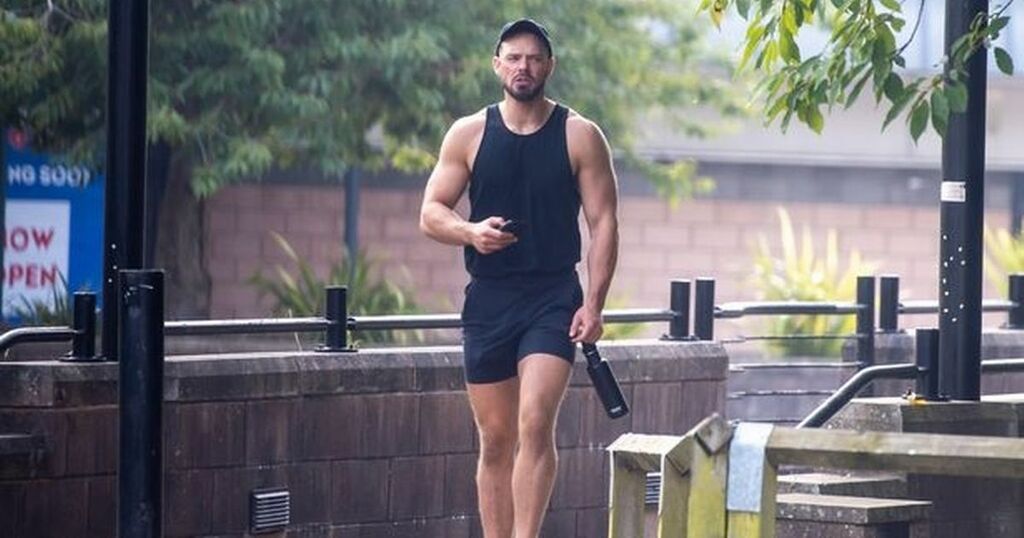 John Waite is looking fitter than ever as he gears up for an appearance on the upcoming series of Strictly Come Dancing.

The chef and reality TV star, 33, was spotted taking a stroll in the sun in Manchester earlier this week in-between rehearsals for the popular BBC show.

Showing off his gym-honed physique and bulging muscles in the process, John oozed confidence as he sported an all-black fitness ensemble.

The chef was spotted leaving the gym in a sleeveless tank top and a pair of matching black sports shorts, reports The Mirror.

John, who won the Great British Bake Off back in 2012, is set to make Strictly history later this month as he takes part in show’s first male same-sex pairing.

He will appear in the series alongside stars AJ Odudu, Tom Fletcher, Dan Walker, Katie McGlynn and Nina Wadia.

It is not yet known which professional dancer John will be paired with, but he has his own theories.

"They're the four I think who are tall enough for me. But they might give me a shorter dancer and put him in heels. But I'm really hoping I get to do a dance in heels," John joked.

Lifting the lid on his dancing skills ahead of the BBC One's debut, John admitted that it was a massive honour to be asked to show off his moves.

"It's a massive honour,” he told host Steph McGovern.

“If I'd seen two lads or lasses dancing together on Saturday night TV and nobody made a fuss about it, I don't think I'd have grown up with quite so much shame for being gay.

"I just hope there are kids out there watching who don't even question it, who watch it and think, I am who I am and I'm comfortable with that.

"I hope they think I'm accepted and loved and can be loved for who I am.

"It's a massive privilege."

Strictly Come Dancing returns to BBC One on September 18.