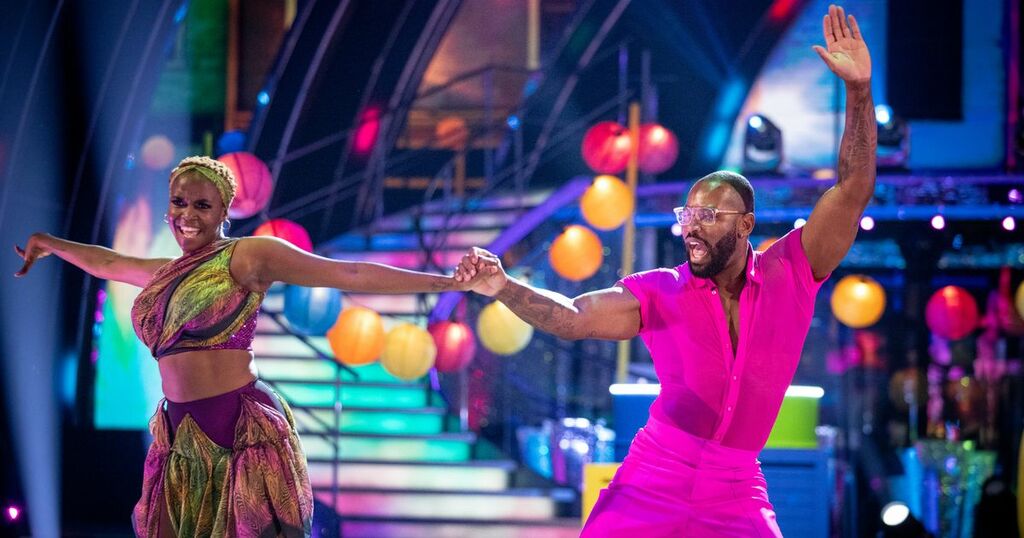 Ugo Monye will not be competing on Strictly Come Dancing this weekend, it has been confirmed.

The former rugby player took to Twitter on Thursday afternoon to inform fans of his news.

He wrote: "Unfortunately I’m not going to be able to dance this weekend on the show. I have a history of back problems which has always been managed under the guidance of medical professionals.

"Unfortunately this has been causing me some unwanted problems this week!

"I have been advised by medical professionals and with huge support from Strictly to get some treatment & rest to ensure that I can get myself back to full capacity & fighting fit for next week.

"Gutted Oti & I won’t be dancing this weekend but wishing all the other contestants the best of luck & will be cheering them on from home! @bbcstrictly," he added.

Ugo's followers were quick to send him their well wishes, with one person writing: "Hope you recover soon Ugo and looking forward to seeing you back on dance floor."

Another person replied: "feel better soon!! hope to see you come back fighting next week."

Someone else added: "Rest up and back to it soon I hope. Keep your kids smiling."

The news comes after fellow contestant Robert Webb quit the series on Wednesday.

In a lengthy statement, Robert apologised to fans and said: "I’m extremely sorry to have to announce that I’m withdrawing from Strictly Come Dancing due to ill health.

"Two years ago I had open heart surgery and although I believed I was fit enough to take on Strictly and its demanding schedule, it became clear that I had bitten off way more than I could chew for this stage in my recovery.

"I had begun to feel symptoms that led me to seek an urgent consultation with my heart specialist, and it was her view that it would be better for the sake of my health to step back from the show."

Robert continued: "I’m proud of the three dances that Dianne Buswell and I managed to perform and deeply regret having to let her down like this.

"I couldn’t have wished for a more talented partner or more patient teacher, and it’s a measure of Dianne’s professionalism and kindness that I was able to get as far as I did.

"Thanks too to everyone at home who voted for us. It was always going to be a difficult mountain to climb (for one thing it’s made of glitter so it’s very skiddy) and I’ve been especially touched by the support from fellow heart patients.

"I think perhaps I was too eager to impress them. They will know that recovery doesn’t always go in a straight line, and I hope they’re not too disappointed that I ran into the limits of my resilience much sooner than I’d hoped."

Strictly Come Dancing continues Saturday at 7pm on BBC One.