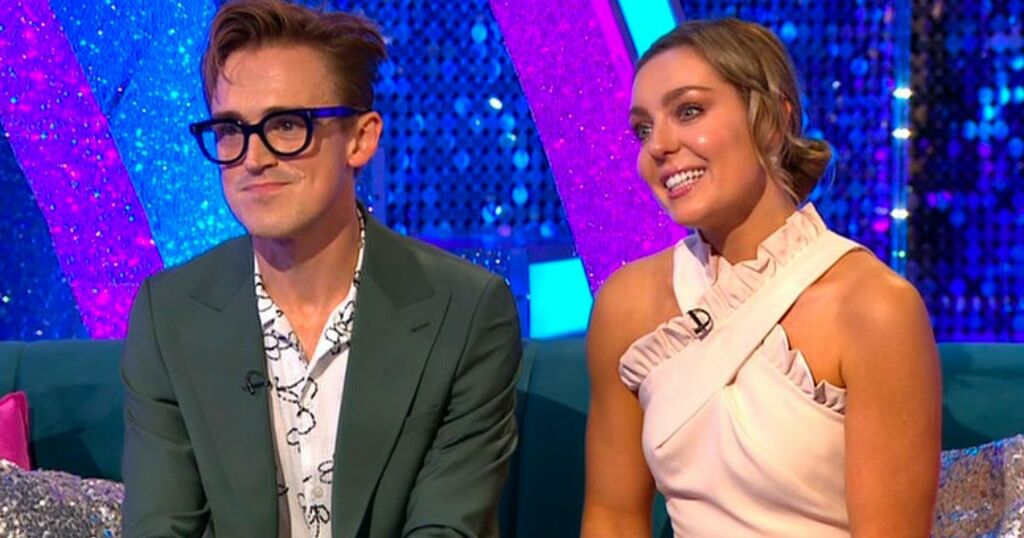 Strictly Come Dancing's Tom Fletcher and Amy Dowden are back, after being forced to miss week two due to a positive coronavirus test.

Both Amy and Tom tested positive for Covid-19 the day after the first live show which aired on 25 September, and they have since been in isolation.

The pair are now allowed to return to the show after missing week two, and have been training in the studio again as of Wednesday.

But since their time away and the new dances being confirmed this week, Tom has missed out on some studio time with pro dancer Amy.

Instead, the pair had to train separately and via Zoom as opposed to training together and in person.

Understandably this has made it difficult, but the pair have come back fighting to get their routine together in time for Saturday's live show.

Speaking during his first It Takes Two interview of the series, Tom confessed it had been "tough" learning all the moves for his performance without Amy there.

While they have done their best over video call before finally getting to perform together in the flesh, the McFly star revealed it was "really hard" to get it all together.

He explained: "It was really tough. I tried my best but it's really hard doing it on your own. Getting in the room with each other yesterday, it suddenly feels like I understand what that is meant to look like."

Amy also discussed their limited hours to rehearse ahead of week three, but said she was happy with how things are going.

She told host Janette Manrara: "I am so impressed. I think because we had limited hours, we have really made the most of it. Tom is doing so well."

The pair will take to the dancefloor live on Saturday night, as one more couple is sent home following Nina Wadia's exit.