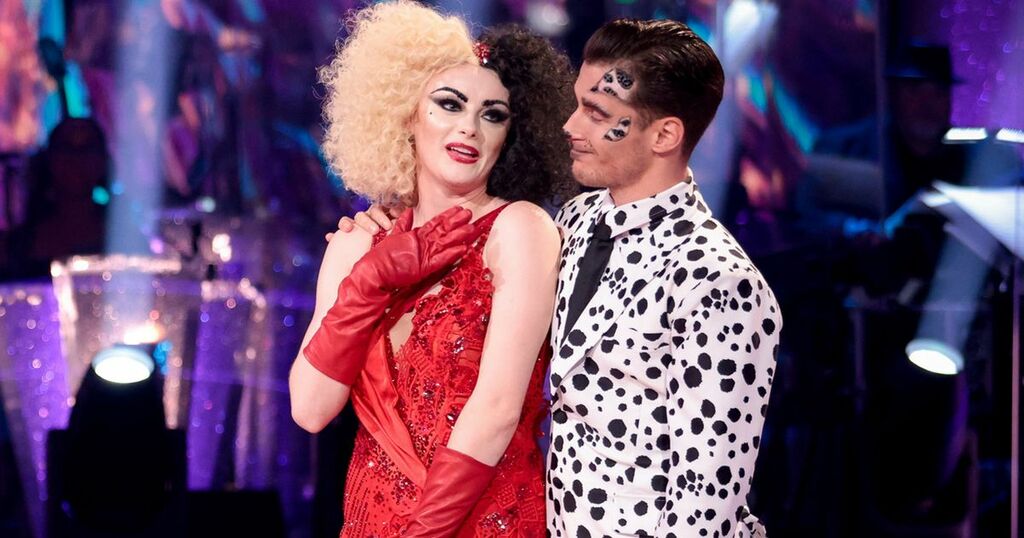 Tonight's Strictly Come Dancing viewers were divided as the public vote resulted in Katie McGlynn and Judi Love going head-to-head in the dance off.

Also unable to impress with their routine was Loose Women presenter Judi, whose Chicago inspired dance with partner Graziano Di Prima appeared to not be a hit with the BBC viewers.

After both couples took to the stage to perform their movie themed routines, it was down to Anton Du Beke, Shirley Ballas, Motsi Mabuse and Craig Revel Horwood to decide who stayed and who went.

As the public vote was announced, hosts Tess Daly and Claudia Winkleman told the contestants who had made it through to next week, it was soon revealed Katie and Gorka, and Judi and Graziano would have to perform again for their place on the show.

The judges had given feedback to both couples on Saturday night about the routines, with them no doubt wanting to take this on board.

After both performances, the two couples stood with Tess in front of the judges to await their show fate.

Craig was up first, and he chose to save Judi and said: "Well I think both couples did really well, and improved in the dance off itself, but there was one couple for me who shone brighter in the performance, and that is Judi and Graziano."

Up next was Motsi, who voted the same and revealed: "I think this is getting tougher and tougher every year, it was so close.

Anton was the third to vote, and he voted the opposite to his fellow judges and gave Katie and Gorka a lifeline.

He explained: "It really is not the nicest part of the show. I thought that both the couples danced very very well, their performances they gave this evening were very very strong.

"I just felt that one couple was cleaner than the other, and one couple made a very slight mistake. Because of that I am going to save Katie and Gorka."

This meant it was down to Head Judge Shirley to have the final say, and she decided it would be Katie and Gorka going home.

She said: "This is always a tough part of the job. Both couples gave it their very very best, I didn’t see any mistakes from either one, both beautiful performances.

Strictly Come Dancing returns next weekend, with the main show on Saturday evening followed by the results show on Sunday evening.