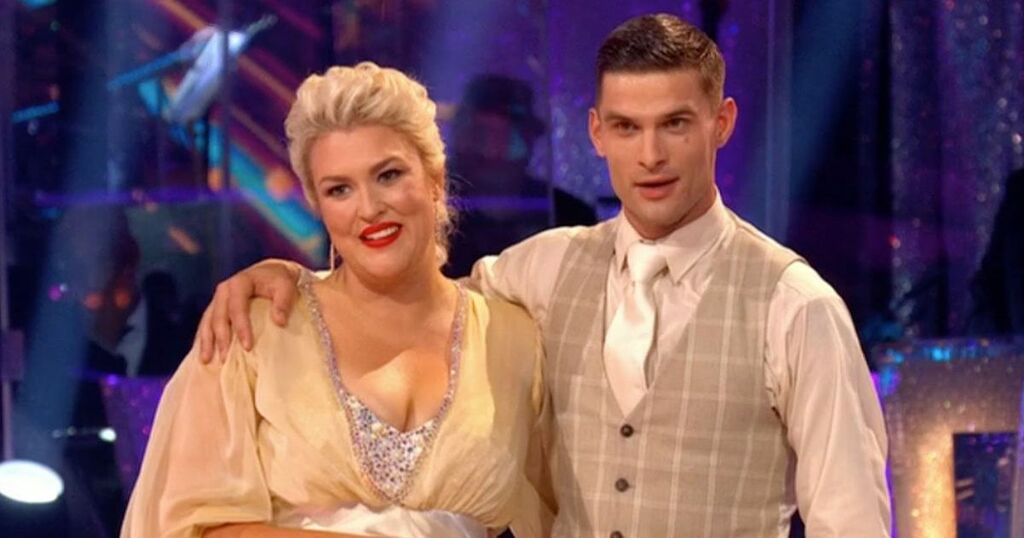 Strictly Come Dancing's Sara Davies has praised her pro dancer Aljaz Skorjanec for putting her husband's "mind at ease" as she told how he has been supporting her family in between training for the show.

The Dragons’ Den star revealed her partner Simon and her kids have been fully involved in her Strictly experience and that Alijaz has become an extended part of the family.

The businesswoman told Closer magazine: "After training he comes and does the school run with me, which the kids think is amazing, and the teachers think is even more amazing!

"The kids think it's the coolest think in the world. We come home and he spoils them rotten. My eldest is really into his football cards so he's been buying those for him.

"He's really thoughtful, it's little things like he'll say, 'you go and put the kids to bed and I'll have a beer with your husband'. He's just been asking the right questions and putting my husband at ease."

Aljaz has been more than happy to lend his support to Sara, as he believes professional dancers on the show should be prepared to immerse themselves in their partner's family life.

The dancer added: "Sara and her family are beautiful. The way I see it is whoever does Strictly, their whole family does it, too.

"Sara is obviously this incredible mum and wife, she's not going to be at home as much because of the training, so I am fully aware that her whole family is part of the show.

"They are all supporting her a million per cent, but if we are all in this little team together you're stronger.

"Apart from teaching Sara, who has been the most beautiful student, that has been one of the highlights - spending so much time with her family after rehearsals, I love it!!."

Sara's praise of her dance partner comes after she shared a sweet snap of him with her husband on Instagram yesterday and told of their bond.

In the snap the pair grin as they pose with their arms around each other.

Sara also shared a snap of her smiling with Aljaž's partner Janette Manrara, 37, as she told of their bond.

Sara gushed in the caption: Hanging out with my two favourite guys in the whole world tonight! The work hubby and the real hubby! Melts my heart to see these two hanging out like they’ve been best friends for years! And Janette and I make pretty good plus 1’s!"

The Dragon's Den legend, who was the youngest dragon on the show at age 35, owns craft supply company Crafter's Companion, which she began while she was studying at the University of York.

She co-owns the company with Simon having begun their relationship when she was 15 and he was 19, and their business empire together, with their company estimated to be worth more than £30million.