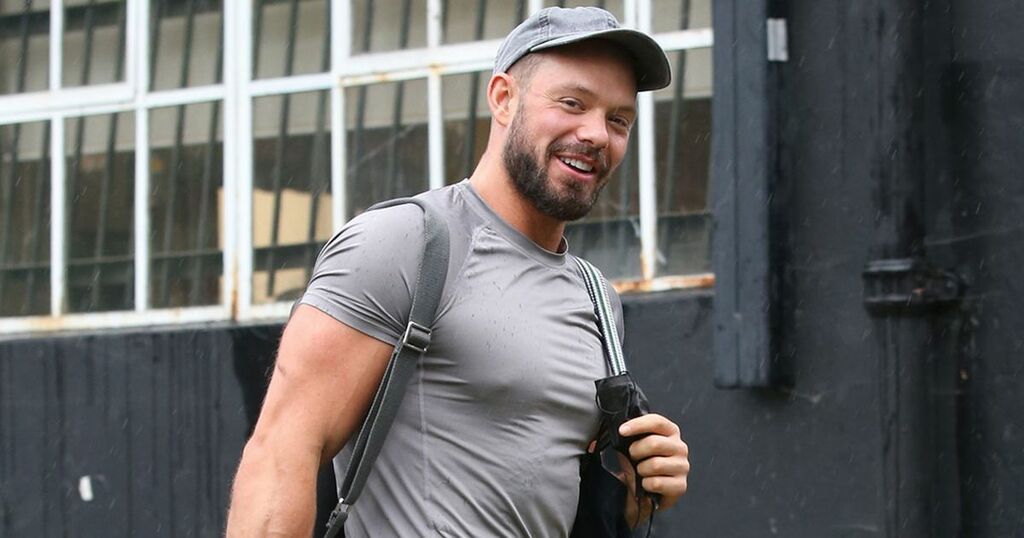 John Whaite has fuelled speculation that he will be partnered with pro Johannes Radebe on Strictly after the pair were spotted leaving the same studio.

The Great British Bake Off star, 32, will become the first male celebrity to be in a same-sex pairing in the BBC dancing show's 17-year history.

Ever since the news has been announced, fans have been trying to work out which professional he could be paired with.

While the partnerships are yet to be confirmed by the BBC, both John and Johannes, who joined Strictly in 2018, were spotted leaving the same London dance studio less than 10 minutes apart.

John looked thrilled to start training as he grinned on his way in, wearing a skintight grey t-shirt and shorts as he carried a suitcase.

After arriving early at 10.15am, he left the studio at 7.01pm - over eight hours later - as he headed towards the car park.

Johannes reportedly left just seven minutes later from the same studio, face covered with a mask and hat as he kept his head down and had his arms full of bags.

Each of the couples won't officially be confirmed until Saturday's launch night, but the latest photos will likely excite fans.

John previously spoke about getting in shape ahead of the show and told PA news agency: "I’m doing a bit more cardio I’ve done weightlifting now for years, and I’ve really got into bodybuilding in the past 18 months.

“So I’ve now started to incorporate more stretching and cardio into my routine, and I have been watching what I eat as I want to get more lean.

“I am also shaving my chest, a lot more than I ever did!"

John will be part of the second same-sex pairing appearing on the show after boxer Nicola Adams was paired with Katya Jones last year.

Sadly, the pair were forced to pull out of the show early after Katya tested positive for coronavirus.

In a strict rule, which won't apply this year, anyone testing positive for coronavirus will have to isolate for 10 days, while their partner must stay in quarantine for 14 days.

This meant that anyone who was struck with Covid-19 would have to pull out of the competition.

This year, the isolation period is shorter, meaning a couple can miss a week but stay in the competition.

Sarah James, Strictly Come Dancing ’s executive producer, explained at a press conference: “If a celebrity does receive a positive test, it doesn’t necessarily mean they are out of the competition.

“It might mean they could miss a week and still get enough training in to return.”