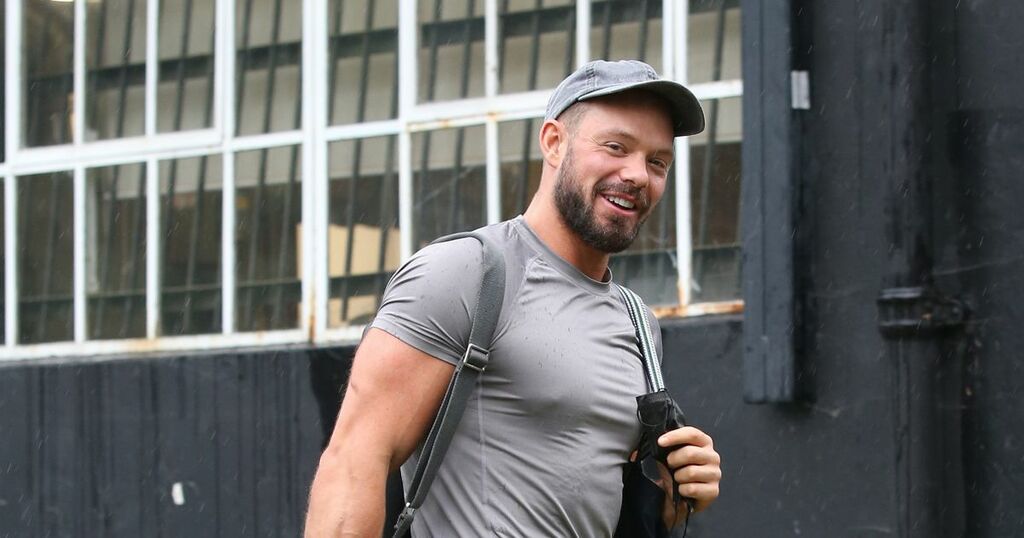 John, who won the Great British Bake Off back in 2012, was spotted arriving at the studio at 10.15am for his first day of dance training ahead of the hotly anticipated return of Strictly this weekend.

The chef left the studio at 7.01pm and walked to the car park, and just seven minutes later Johannes emerged from the same studio.

The Strictl y dancer, covered by a face mask and hat, jumped into a car which pulled up outside the door.

While show bosses have confirmed that John will be one half of their first all-male partnership, his professional partner will not be revealed until Saturday night's launch show.

However, this studio sighting provides the biggest clue that John and Johannes will be dancing together.

"They're the four I think who are tall enough for me. But they might give me a shorter dancer and put him in heels. But I'm really hoping I get to do a dance in heels," John joked.

Lifting the lid on his dancing skills ahead of his debut, John admitted that it was a massive honour to be asked to show off his moves.

It's a massive honour,” he told host Steph McGovern.

“If I'd seen two lads or lasses dancing together on Saturday night TV and nobody made a fuss about it, I don't think I'd have grown up with quite so much shame for being gay.

"I just hope there are kids out there watching who don't even question it, who watch it and think, I am who I am and I'm comfortable with that.

"I hope they think I'm accepted and loved and can be loved for who I am.

"It's a massive privilege."

In 2019 Johannes sent fans wild when he performed a same-sex professional dance with Graziano.

One viewer tweeted: "Loved Johannes and Graziano dancing together.

"Not only was it a beautiful dance but it will have also given a lot of hope and inspiration to all the LGBTQ kids watching. Visibility is SO important."

Earlier in the series Johannes performed a voguing-inspired routine and became the first male pro in the show’s history to dance in high heels.

Sadly they were were forced to exit the show early after Katya tested positive for coronavirus.

Johannes joined the Strictly line-up in 2018 and for his first competitive appearance the following year he was partnered with former Coronation Street actress Catherine Tyldesley.

The couple were sent home in week six in 11th place.

Last year he was paired with former Men Behaving Badly star Caroline Quentin, who became the fourth contestant to leave the show.