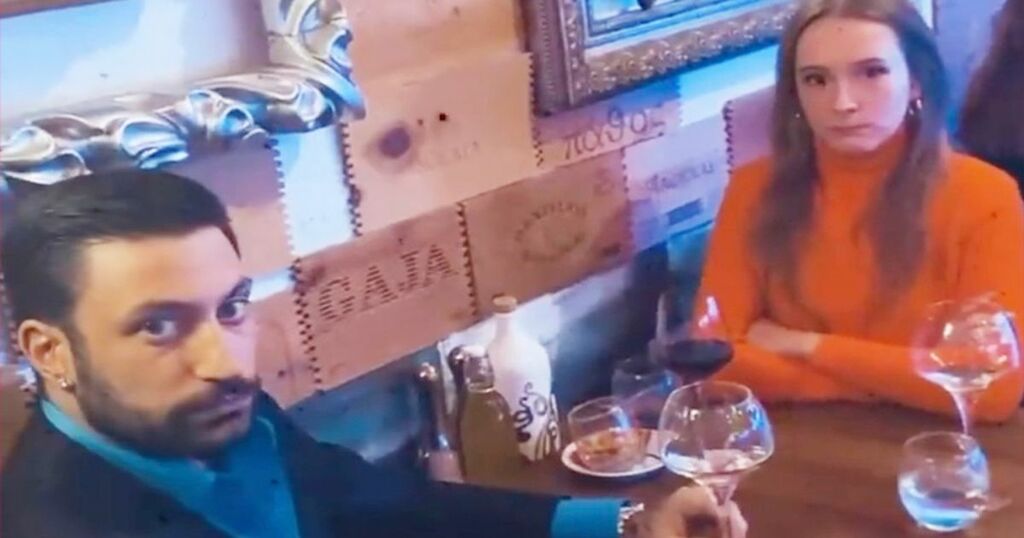 Strictly stars Giovanni Pernice and Rose Ayling-Ellis have delighted fans by proving they continue to remain close after the BBC dance show came to an end.

Weeks after lifting the glitterball trophy together in December, the couple got together to enjoy a cosy dinner date at Italian restaurant Gola in Fulham.

Professional dancer Giovanni, 31, took to Instagram to give fans a glimpse of his evening with Rose, 27, as they caught up over some delicious looking food.

In a short video, the couple were seen sat with a glass of wine each in the upmarket eatery.

"Nice catch up," joked Giovanni as he shared a light-hearted video of him sitting across from Rose in silence

In another video, EastEnders star Rose was seen tucking into her pasta while Giovanni cried: "Happy days food!"

The professional dancer's excitement at the reunion comes after he raised eyebrows among fans with his new year message to Rose.

The frenzy kicked off at Rose shared a slew of snaps and videos of her joyous time with Giovanni on Strictly.

Alongside the uploads, Rose gave some advice to her followers writing: "Stay afraid, but do it anyway. What's important is the action. You don't have to wait to be confident. Just do it and eventually the confidence will follow."

She went on" "That definitely what 2021 did for me, the year of growth, discovery and surprises.

Reacting to the post, Giovanni responded with plentiful string of red love hearts.

Giovanni previously thanked Rose for 'making all his dreams come true' when they lifted the glitterball trophy together in December.

"You became the best dancer, the best teammate. You are a dream Rose, thank you for everything," he told the actress.

While Rose heading back to enjoy a restful Christmas with her family and boyfriend after an action-packed four months on the dance show, Giovanni headed off abroad for the festive season with one of his co-stars.

The single stars shocked fans by revealing they were spending Christmas Day together in Italy.

Newcomer Kai let fans in on their getaway as he shared videos of him and Giovanni playing some games together.

As well as holidaying together, the Strictly professionals also live together when they are both in England.

The pair live in a stylish London apartment and often give their social media followers an insight into their antics.

They will soon he heading off on the Strictly 2022 live tour, where they will be performing to fans around the UK.

Kai had been expecting to reunite with his partner AJ Odudu, however it was announced this week that the TV presenter is still not fit enough to dance.

AJ was devastated to have to pull out of the Strictly final in December days before the show after sustaining an injury to her foot.

Weeks later, medics have ruled that AJ is still not ready to be back on her feet dancing with EastEnders' Maisie Smith taking her place.