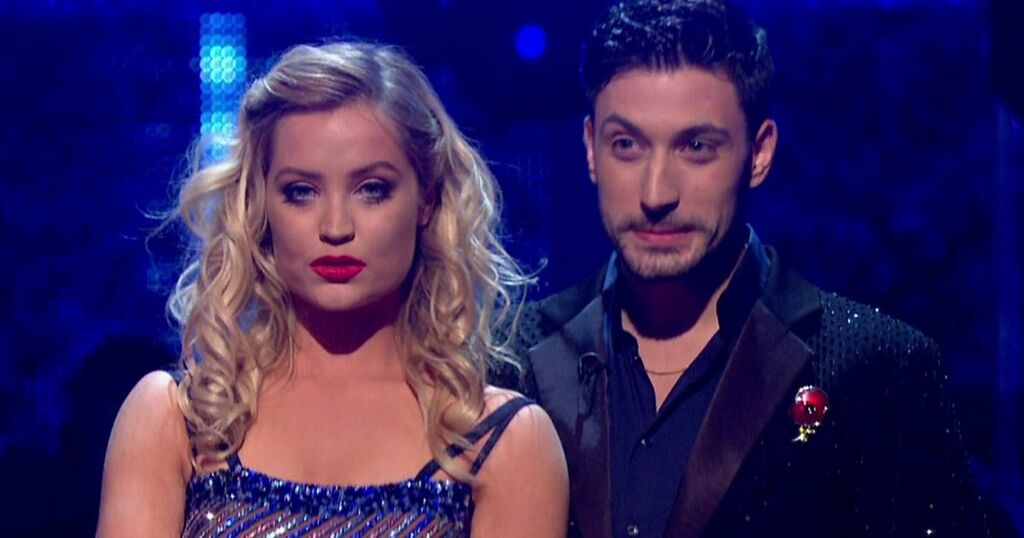 Strictly Come Dancing makes a welcome return to the TV schedule tonight, promising to light up our Saturday nights all the way until Christmas with some incredible performances.

And in the quest for the coveted glitterball trophy, a good partnership is everything with BBC bosses working hard to create harmonious pairings between the crop of professional dancers and celebrity hopefuls.

While some pairings can lead to Strictly magic - and even a romance or two - some couples wind up being nothing more than a dancefloor disaster, darling.

We take a look at some of the most awkward duos in Strictly history.

Speaking about his late wife's time on the show, Michael revealed that Linda's didn't think too highly of Darren and even called him a 'miserable git.'

According to Michael, Lynda despised Darren's teaching style which she complained existed of solid dance and zero fun.

"Even when they went out for a cup of coffee afterwards, she said the guy was just blank," Michael revealed.

"All the way through rehearsals she didn’t mind training hard, but it was solid dance. He was just hard work.

"If Lynda had had a partner like Anton Du Beke or someone, now they would have had some fun together."

Luckily, the pair didn't have to spend too long together as they were evicted in 13th place.

Former This Morning host Fern hit out at her dance partner Artem claiming he would ''shove' her in rehearsal and that they bickered constantly.

She alleged that the Russian professional once told her 'Go home before I kill you.'

"He was like, ‘Shut your face. Go home before I kill you’.

"I would say, 'Oh please just kill me, it would be easier'. Or what was his other one? ‘If you go for a cup of tea now, I will blow off like an atomic bomb.' I thought, well I won’t correct him on that one," joked Fern.

Artem denied the allegations saying in a statement: "I believe I treated Fern with respect and genuine care, and these claims about me are the opposite of everything I believe in and the person I am."

Tennis momager Judy wasn't known for being the most graceful mover on the show, but she gave it her best shot.

However, sadly for Judy her partner Anton appeared to agree with the acid-tongued judges who savaged her attempts at the routines in each week.

Now-judge Anton was quoted as complaining: "She was sh*t. Why couldn't they have given me Pixie Lott?"

Model Kelly and bad boy of the dancefloor Brendan looked like a match made in Strictly heaven.

However, behind the scenes the pair were reported to have clashed - including one furious row that allegedly kicked off backstage during Saturday night filming after Brandon 'forgot' the steps to one of their dances.

It was apparently not the first time the pair came to blows, with a show source claiming Brendan infuriated Kelly by telling her that they were 'definitely' not going to win.

It can't have been all bad news however as the pair went on to reunite for a Christmas special five years later.

Celebs signing up for Strictly know they are in for a tough few months in the training room... if they are lucky to stay in that long.

But TV star Steve was alleged to have told bosses that his teacher Ola was taking things way too far with her 'strict' ways.

After awkward conversations, the duo did not stay on speaking terms after the show.

Steve told reporters that he hadn't spoken to Ola for a 'good while'.

Danny and Amy were an instant hit with the judges during the early rounds of the show, picking up consistently high scores for their near faultless routines.

But a few weeks in and cracks were beginning to show and their antics were stealing headlines more than their moves.

There were reports of behind-the-scenes spats, with Amy even said to have been left in tears, and the pair even confessed they'd had a disagreement during an appearance on spin-off show, It Takes Two.

When they were the seventh couple to be booted from the show, Danny did not take part in the obligatory It Takes Two appearance.

He went on to slam the show for 'creating stories' about him, which the Beeb denied.

MasterChef star Greg Wallace was the first celeb to be booted off the 2014 series.

He came up with a theory as to why he didn't last very long.

"I love dancing, but if I were paired with somebody who liked me then I would have done better," he scathed.

In the weeks that followed, the professional liked several posts on social media calling for her to be given a better partner in the next series.

The following year she was paired with Jay McGuiness from The Wanted and the pair went on to victory.

US songstress Anastacia did not hide the fact that she and Brendan clashed in the training room.

"We’ve definitely had some conversations, I won’t lie about that.

“I think we’re both two very strong-minded individuals in a process, but we get along very, very well," she insisted.

Brendan denied reports of clashes during the series 14 run.

But two years later, in a stinging remark, Anastacia revealed she was still in touch with almost everyone from the show - apart from her former pro partner.

Ladies man Giovanni had been dating Laura's pal, soap star Georgia May Foote, until just before training started for the 2016 season of the show.

Despite a history with Giovanni, Love Island host Laura did not warm to the Italian.

In a blog on HuffPost she said: "I was placed with a dance partner I was extremely uncomfortable with – and in the end I felt broken.

"I cried every day. And I really was broken, both mentally and physically, by the end.

"To the outside world I tried to suck it up and smile, and I did that to the best of my ability, but it affected me deeply.

"My friends and family knew that I was struggling. And they were there for me."

Songstress Lulu and Brendan Cole were reported to be having problems working together during series 9 of the long-running series.

Sources close to the show claimed Lulu cried after every show.

During an appearance on Loose Women the professional dancer said the 60s icon had been his worst ever partner.

"She felt the same about me, so it’s alright," he quipped.