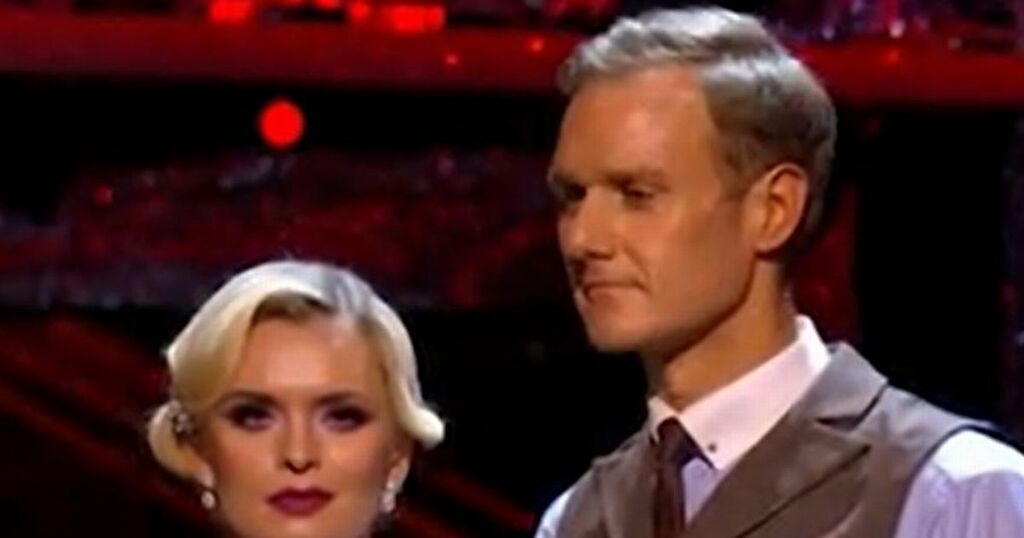 Dan Walker has spoken out after being targeted by abuse from angry viewers over the fact that he's still in Strictly Come Dancing, just as bookies shorten their odds on him being last man standing.

BBC Breakfast presenter Dan has yet to even be in the bottom two so far in the series, getting through on the public vote every weekend, despite never being near the top of the leaderboard.

And, after a number of shock results in recent weeks, with Adam Peaty, Sara Davies and now Tom Fletcher all leaving the ballroom, there is a growing backlash to Dan and pro partner Nadiya remaining in the competition, despite them getting a respectable 31 out of 40 for their latest routine.

Seething at Tom and Amy's exit on Sunday, one Strictly fan ranted: "How the hell is @mrdanwalker getting through each week? He is staying at the expense of so many good dancers," with another tweeting: "How the HELL that walking wardrobe Dan Walker is still on it GOD only knows!!"

READ MORE: Strictly's Tom and Amy still training together after axe from show

A glance at Twitter shows many more posts of a similar theme but, staying upbeat and delivering a message to his critics, ex Football Focus host Dan took to Instagram to post: "I just wanted to say a massive thank you for all the amazing messages about Saturday night.

"We are genuinely not bothered by the criticism or anger because…1. It’s all a bit silly, 2. It’s just a TV show, 3. The guff is far outweighed by the positivity.

" @nadiyabychkova and I will continue to smile and we can’t wait to perform this week‘s dance."

Responding to his defiant post, one fan wrote: "Every year someone is cross about something in Strictly! It's not worth bothering about - you have the right attitude," with another telling him: "You are exactly what Strictly is about, someone learning to dance & improving each week! Ignore the haters & keep dancing."

A third reacted: "You're awesome Dan - just don't even acknowledge it or comment on the negativity. Don't give them the platform"

At the same time as the backlash against Dan still being on Strictly cranks up a notch, odds on him being the last man standing have shortened, with bookies William Hill having him at 3/1 to be top male this year.