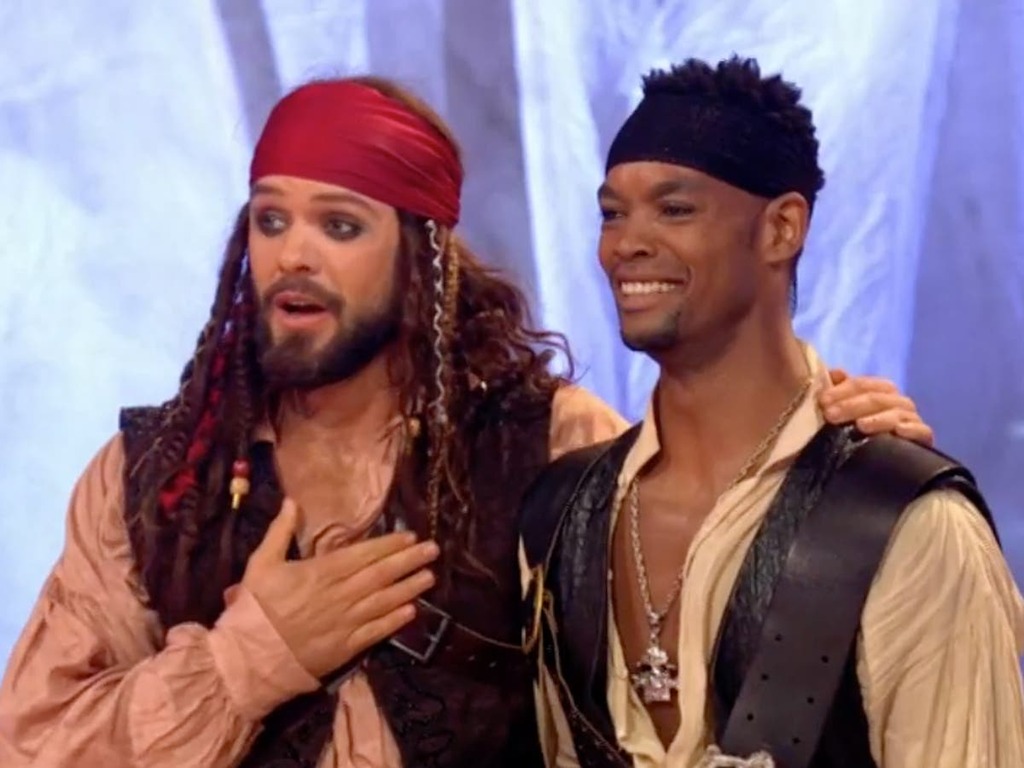 John Whaite and Johannes Radebe topped the Strictly Come Dancing leaderboard with the highest ever score awarded by four judges in week three.

During Saturday (9 October) night’s Movie Week episode, the pair, who are the first male same-sex couple to compete on Strictly, performed a Paso Doble to the Pirates of the Caribbean theme tune.

The judges were wowed by the performance, with Anton Du Beke saying that it was the best dance of the night and Craig Revel Horwood calling the routine “incredible”.

Shirley Ballas added that she “hadn’t seen anything like that” and thanked Whaite and Radebe for closing the show.

The couple received a nine from Horwood and three 10s from the other judges, putting them at the top of the leaderboard with 39 points.

This is the highest number of 10s received for a week three dance in Strictly’s history, a record previously held by Kelvin Fletcher and Oti Mabuse for their Mary Poppins-themed Charleston.

It is also the highest scoring Movie Week dance for years when there have been four judges, as last year only three judges appeared on the show and in 2014, Donny Osmond served as an additional judge.

Rhys Stephenson placed second on the leaderboard on Saturday night with his routine based on Spider-Man: Into the Spider-Verse.